Owner of Lodi Parachute Center speaks out after skydiver's death

Nena Mason, 62, had successfully completed more than 2,500 jumps over the past few decades before something went terribly wrong. 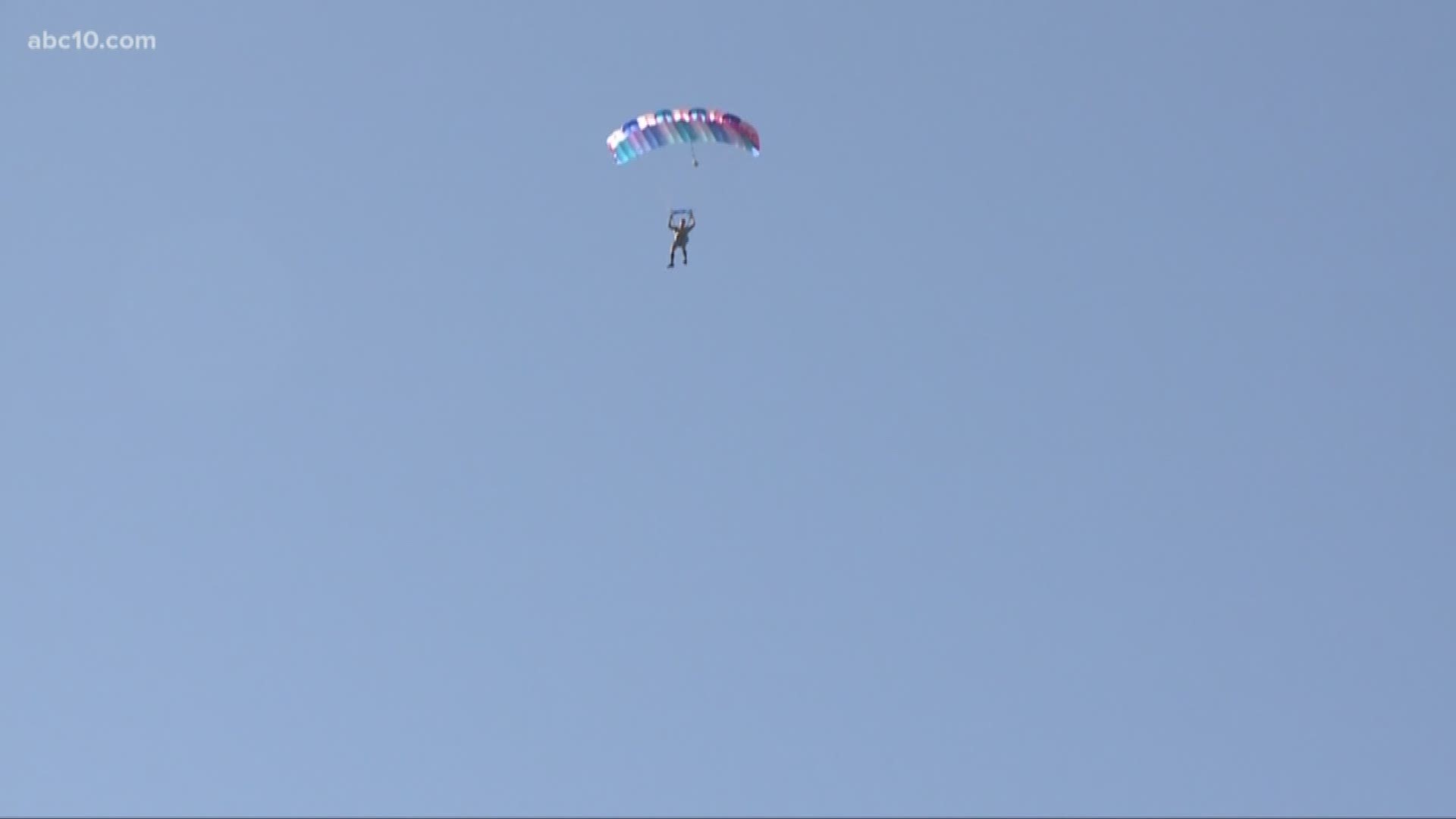 LODI, Calif. -- A 62-year-old skydiving veteran from Colorado died Sunday on a jump at a Lodi parachute center.

Investigators say Nena Mason died after her parachute failed to deploy during a jump at the Skydive Lodi Parachute Center. She had completed more than 2,500 jumps before Sunday over the past few decades, including three earlier in the day before something went terribly wrong.

"She had a malfunction of her main parachute," Bill Dause, owner of the Skydive Lodi Parachute Center said. Dause said he believes Mason waited too long to open her reserve parachute.

"But after she cut away, she rolled over to get stable, and activated her reserve parachute and by this time, it was too low to open," Dause said.

Mason is the 12th person in the U.S. to die while skydiving so far this year, according to the United States Parachute Association.

ABC10 is told, like most other experienced skydivers, she was using her own equipment; something the company doesn't take responsibility for inspecting.

The Lodi Parachute Center, open since 1964, is no stranger to tragedy. Dause has been in charge for nearly four decades and he says he doesn't keep track of the total number of deaths, but he believes upt to 18 people have died here since the year 2000.

"We have had a number of fatalities and I don't know the exact number," Dause said. "Each one has been totally unique. It's not like we've been doing the same thing wrong all the time, or the same parachute failed, or something like that."

Four suicides, two heart attacks, and a number of other issues have been attributed to the deaths. Dause said there is always a level of risk involved.

"These people are jumping because it's something they enjoy doing and unfortunately things happen," he said.

The FBI and Department of Transportation did serve a warrant on the company back in January, launching a federal investigation. But the owner says nothing ever came of it and business went on as usual.