San Joaquin County farmers believe this is a step in the right direction in hopes of stopping the proposed "water grab." 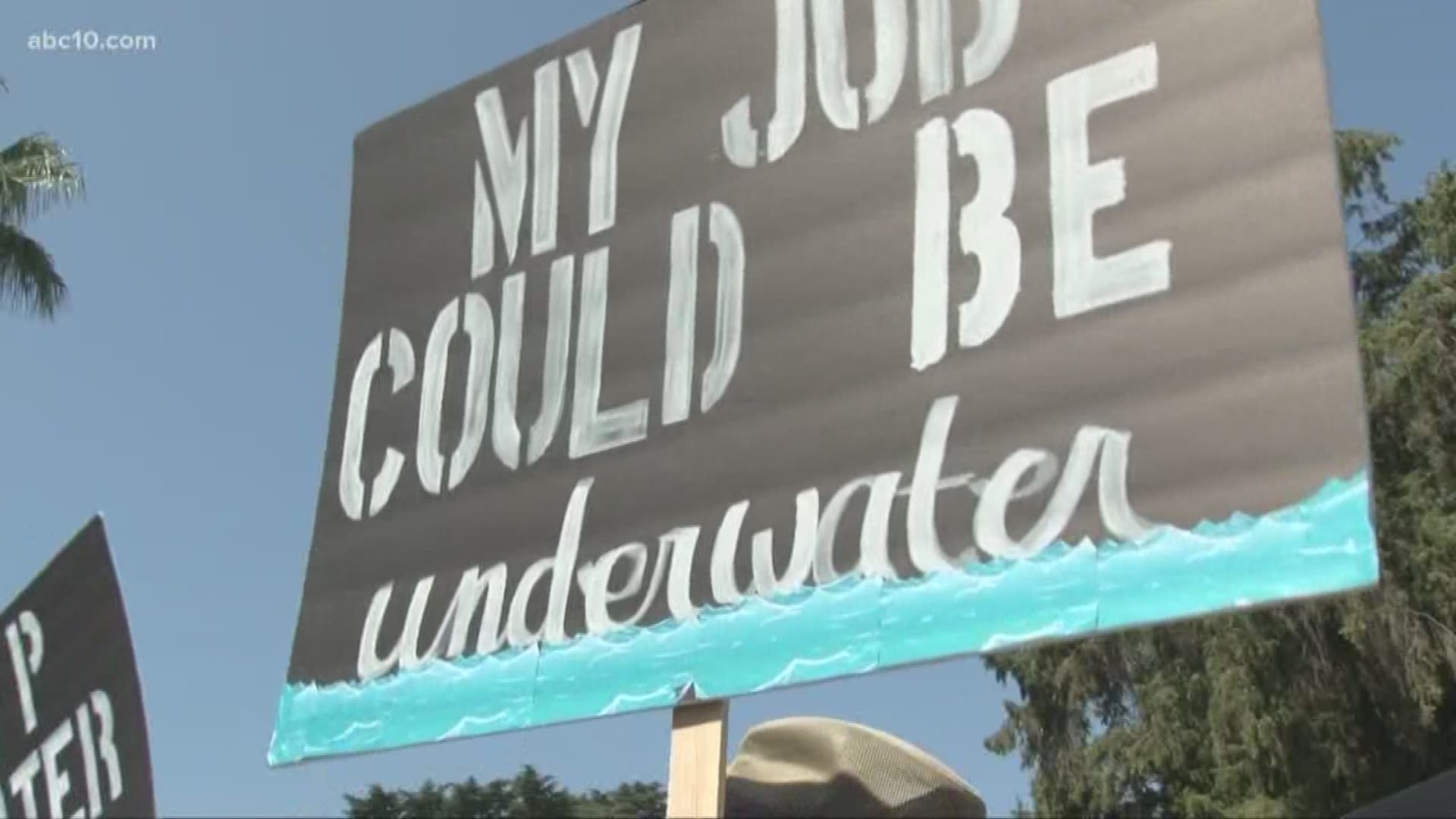 SAN JOAQUIN COUNTY, Calif. — For Don Barton, a fourth-generation walnut farmer and the president of the Gold River Orchards, water is everything.

That's why a President Trump-signed memo last week promoting water delivery has Barton and other farmers across San Joaquin County hoping it may stop the so-called "water grab."

"We view this as clearly a positive, the President has intervened directly on an issue that has really been a big road block for California farmers for a number of years now," he said.

Barton was one of hundreds of farmers ABC10 followed up to the California State Capitol two months ago. He was there demanding an end to the so-called "water grab" proposal that would almost double the amount of water being taken from their rivers into the ocean.

And while that vote isn't scheduled until after the election, he believes this could be their first real hope at stopping the "water grab."

"It's certainly promising that, because of Trump's action, we're optimistic that the administration will not stand idly by if the water board acts against the interests of farmers, which we believe is likely after the election," he said.

Bruce Blodgett, Executive Director of the San Joaquin Farm Bureau said the organization is "hopeful" that after Trumps's memo, the administration is beginning to ask what the state is trying to do with its water projects.

But the San Joaquin Farm Bureau does have concern that the wording of this executive order could support the Delta Tunnels project, which most farmers in the area don't want to see.

"That would be a huge issue for us and a huge blow to agriculture in this region," Blodgett said. "So, if that was supported, then it would actually be a big blow to agriculture. That's one of the things we want to make sure, and clarify with this administration, what their intent was,"

Regardless, farmers across the area welcome the administration for finally getting involved.

"We welcome the federal agencies responsible for managing this water getting re-engaged in this proposal," he said. "It's been, in the past, they've simply ignored what's been happening in California. Now it looks like they want to get involved and that's good."

The state water board is scheduled to vote on the "water grab" proposal next month.