Video shows Lodi teen getting beat up at school. His family says it came after he was repeatedly bullied, sent home

The family of 15-year-old Mohammad Azmat say he doesn't want to go to school now because he fears for his safety. 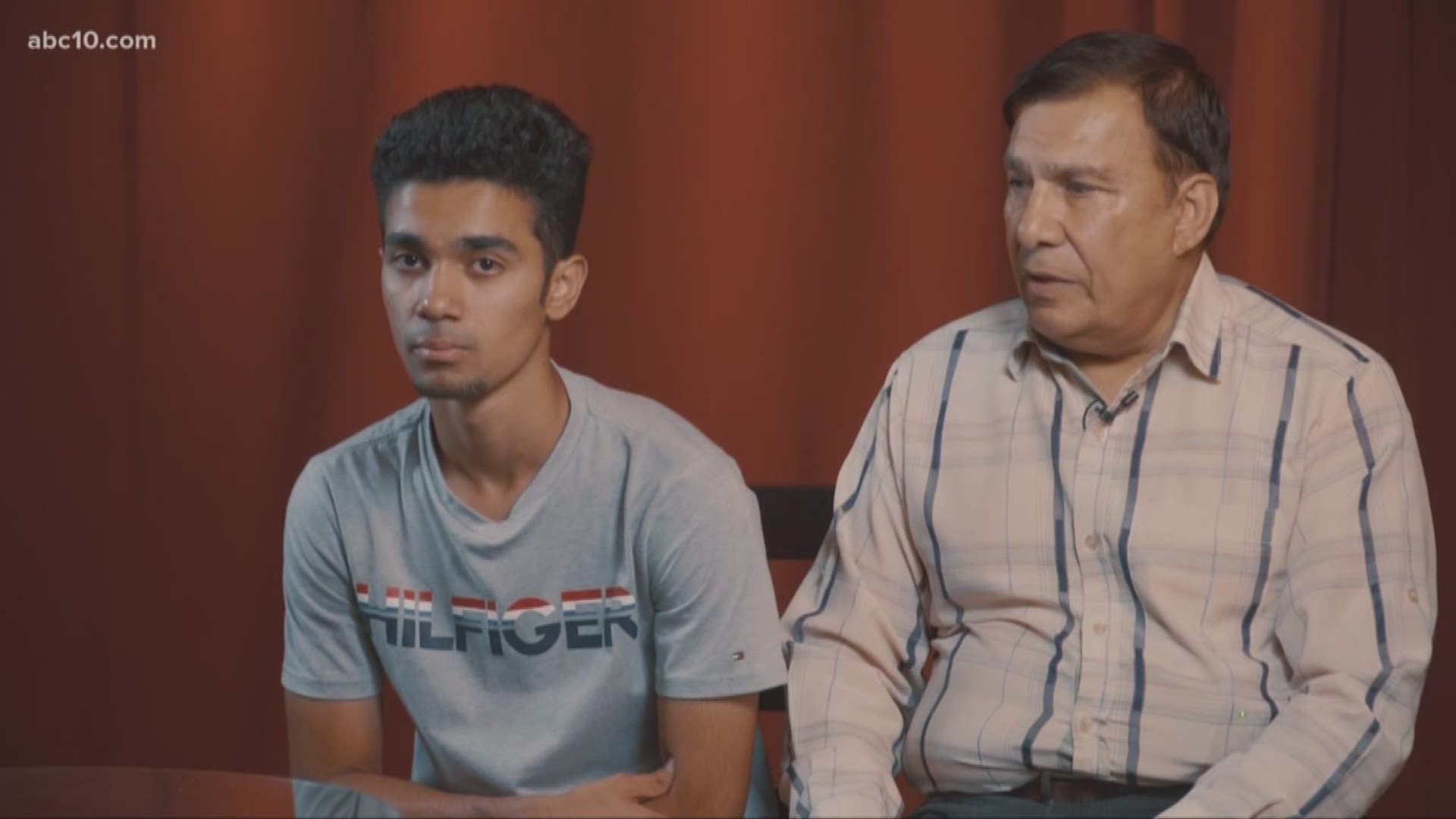 LODI, Calif. — A Lodi family is asking for help from a Lodi school district after they say their son, Mohammad, was repeatedly sent home after he was the victim of bullying and violence at Tokay High School.

Mohammad Azmat's family said he doesn't want to go to school now because he fears for his safety. The 15-year-old's uncle, Talat Sattar, spoke with ABC10 about the alleged incidents that happened on school grounds and captured on video for people online to see.

"Last Wednesday, he was approached by some people," explained Sattar. "He had nice shoes and those kids approached him and said, 'Oh, you have nice shoes. We're going to steal them.' Afterward, they start shoving him and then pushed him and so he fell."

"On Friday he went," said Sattar. "And Friday he was going to class and then those three or four people, they ganged up around him. He starts running as you can see from the video and they followed him and then tackled him over there and they beat him up."

The fight was caught on video and has since circulated on the internet. Sattar explained what went through his mind when he saw the recording of the fight.

"He goes to school to study, not to get beaten up over there," Sattar said. "He's so horrified now. He doesn't want to go to school."

Muhammad's family moved to the U.S. just two years ago. Sattar said it's not the America they had imagined.

Sattar said action needs to be taken against the culprits and the school should provide a safe environment for Mohammad so that he's not scared to go there.

"Our staff take great care to ensure that any student safety issue is thoroughly investigated and appropriate action is taken," the district's statement said. "Due to privacy laws, we cannot comment on specific student matters."