Tearing down a wall at the Sunset Theater set the stage for a reunion almost 60 years in the making. 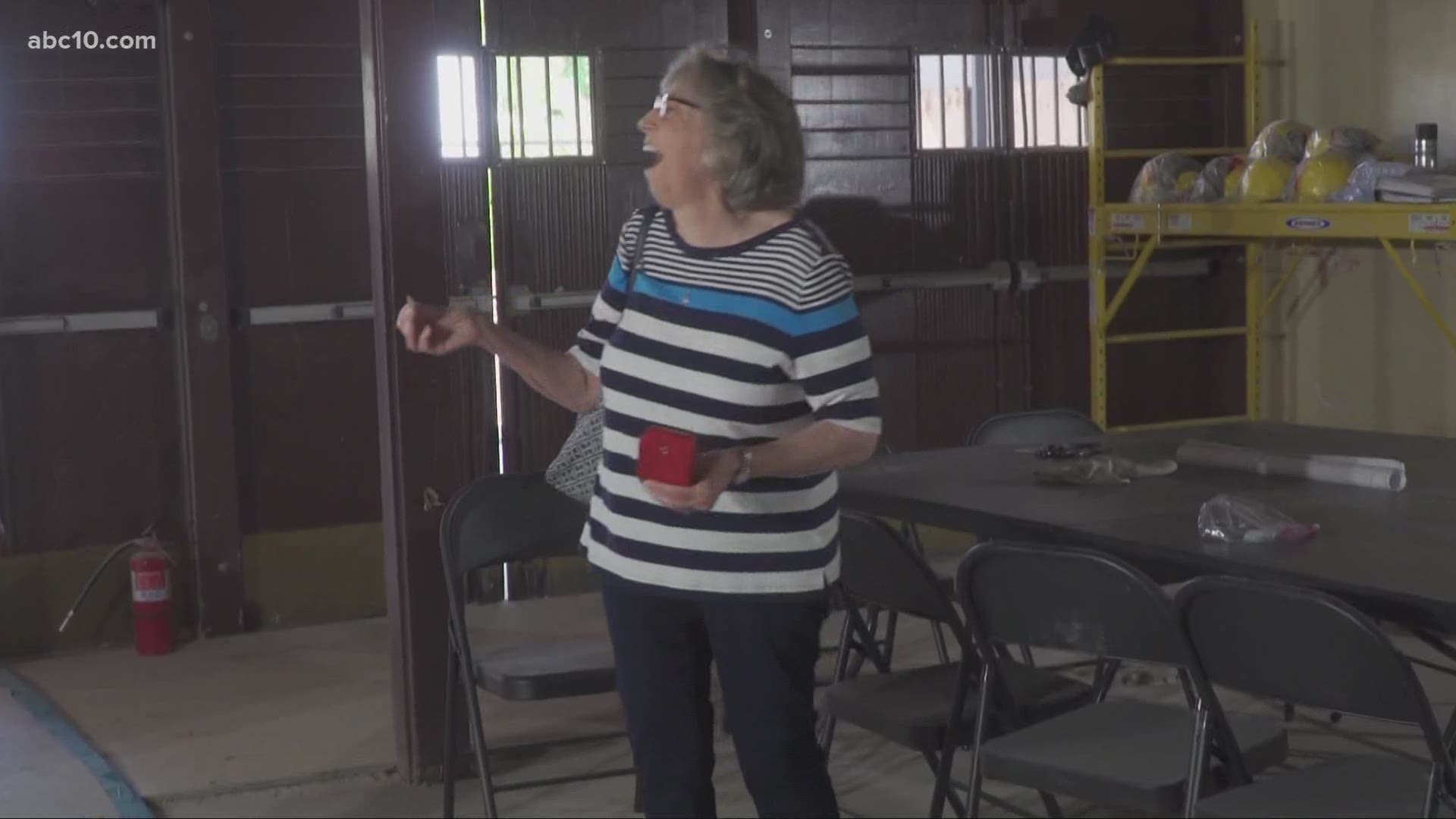 LODI, Calif. — Originally opened in 1950, the Sunset Theater in Lodi has been under renovation for months, but, yesterday, a demolished wall revealed a blast from the past.

"And all of a sudden Chris said, 'Hey, look what I found!" said Eric Schneider, a construction worker who was pulling apart the wall with his partner.

The crew found a small, red wallet in pristine condition, and, inside the wallet, there was a student body card from Lodi High, an ID card, DMV permit, work permit and some photos of family and friends.

Theater owner Terry Clark used some social media detective work to track down the owner, Donna Brown of Stockton, who was then 15-year old Donna Schatz living in Lodi.

"It's amazing. And it's red. My favorite color is not red," said Schatz.

While the wallet made it's way back to Brown, it begs the question of how the wallet got in the wall to begin with.

It was about 1961 or 1962. Brown doesn't quite remember, but, she does remember using the women's bathroom, setting her wallet down and then washing her hands.

Moments later, she turned to grab it and it was gone.

Inside the wallet then was a silver dollar.

Brown remembered the only other girl in the bathroom who was with her that day and confronted her.

The current theory is that the thief gained access through the attic near the bathroom that day and tossed the wallet, which fell between the wall.

That set up the unlikely reunion nearly six decades later.

"I'm glad to reunite her with her past," said Clark.

As for the missing silver dollar, Clark reunited her with that too, kind of.

To top off the reunion, Clark bought a new silver dollar for Brown, one that hopefully won't disappear again.

RELATED: Lodi's Sunset Theatre is under new ownership. Now, the 70-year-old dilapidated building is getting renovated