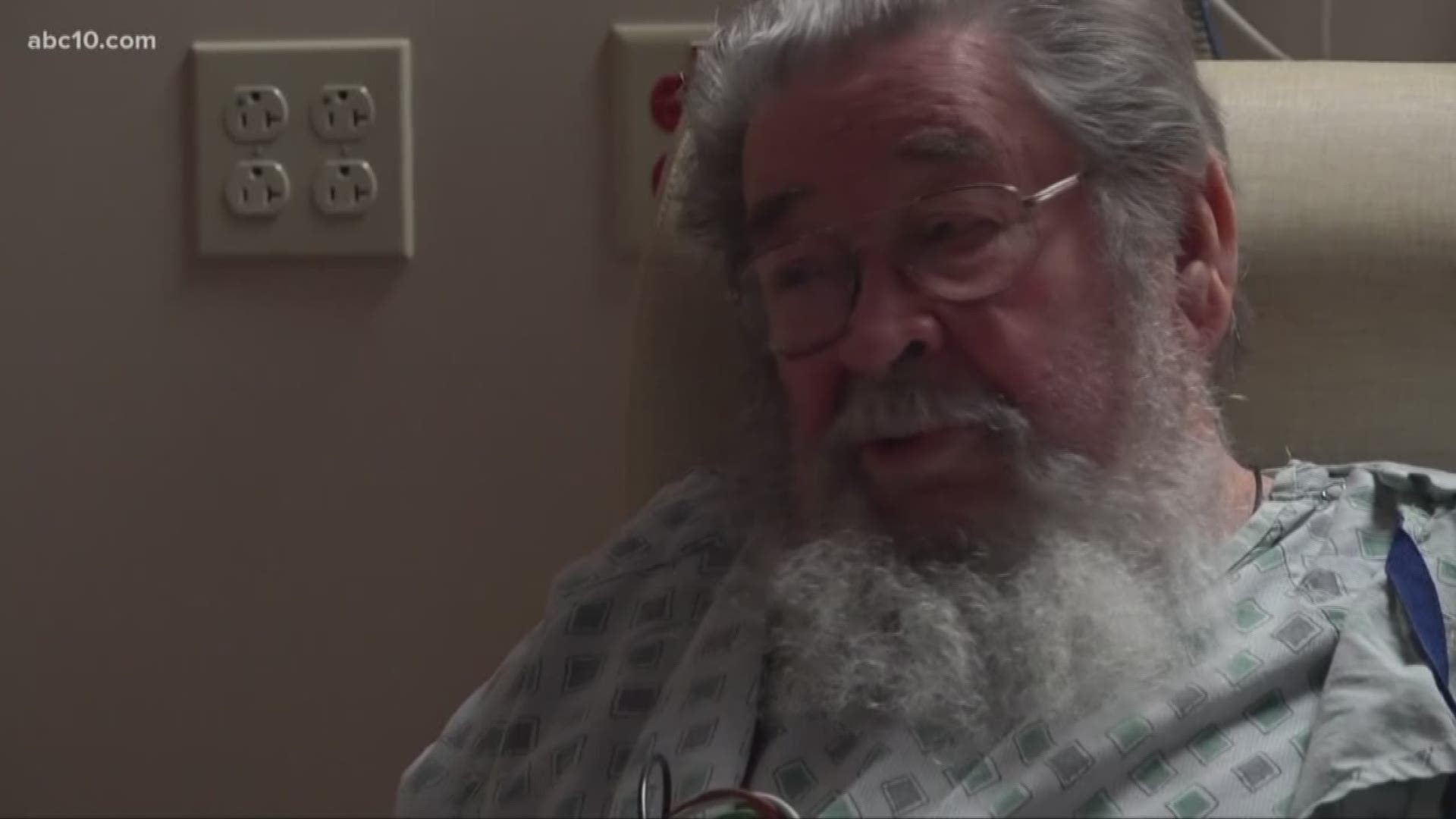 PARADISE, Calif. -- As smoke and flames raced toward the small town of Paradise, maintenance worker Stephen Murray says he raced to work.

Murray went to help residents at the Appletree Village mobile home park, where more than 280 senior citizens called home. Many of the elderly people at the mobile home park couldn't’ get out of the park safely on their own, Murray said.

The 42-year-old went door-to-door warning residents that the fire was coming. He later made several trips to and from the neighborhood with his truck, to help bring as many as 60 people to safety, Murray said.

One of those residents was Leroy Hall, 83, who is currently recovering from smoke inhalation and diabetic shock at Enloe Medical Center in Chico.

“It was really something to see I’ll tell ya,” Hall said from his hospital room in Chico. “You’re driving through there with the fire on both sides.”

Hall described the scene that morning as terrifying, with smoke and flames surrounding the neighborhood of more than 100 homes.

“My buddy Steve, he said, 'We gotta get the hell out of here,'” Hall said.

The Camp Fire that struck on November 9 is now the deadliest and most destructive fire in California state history.

Since the fire, the Appletree Village mobile home park has been working to make contact with all of the resident’s who lived there. The park has managed to reach all but 39 of the residents.

Anyone with information on their whereabouts is urged to contact Stephen Murray at 530-513-8003.