Authorities are looking for a man who stole Karrie Whitman's purse out of her mobility scooter after offering to help her onto a MAX platform in Happy Valley. 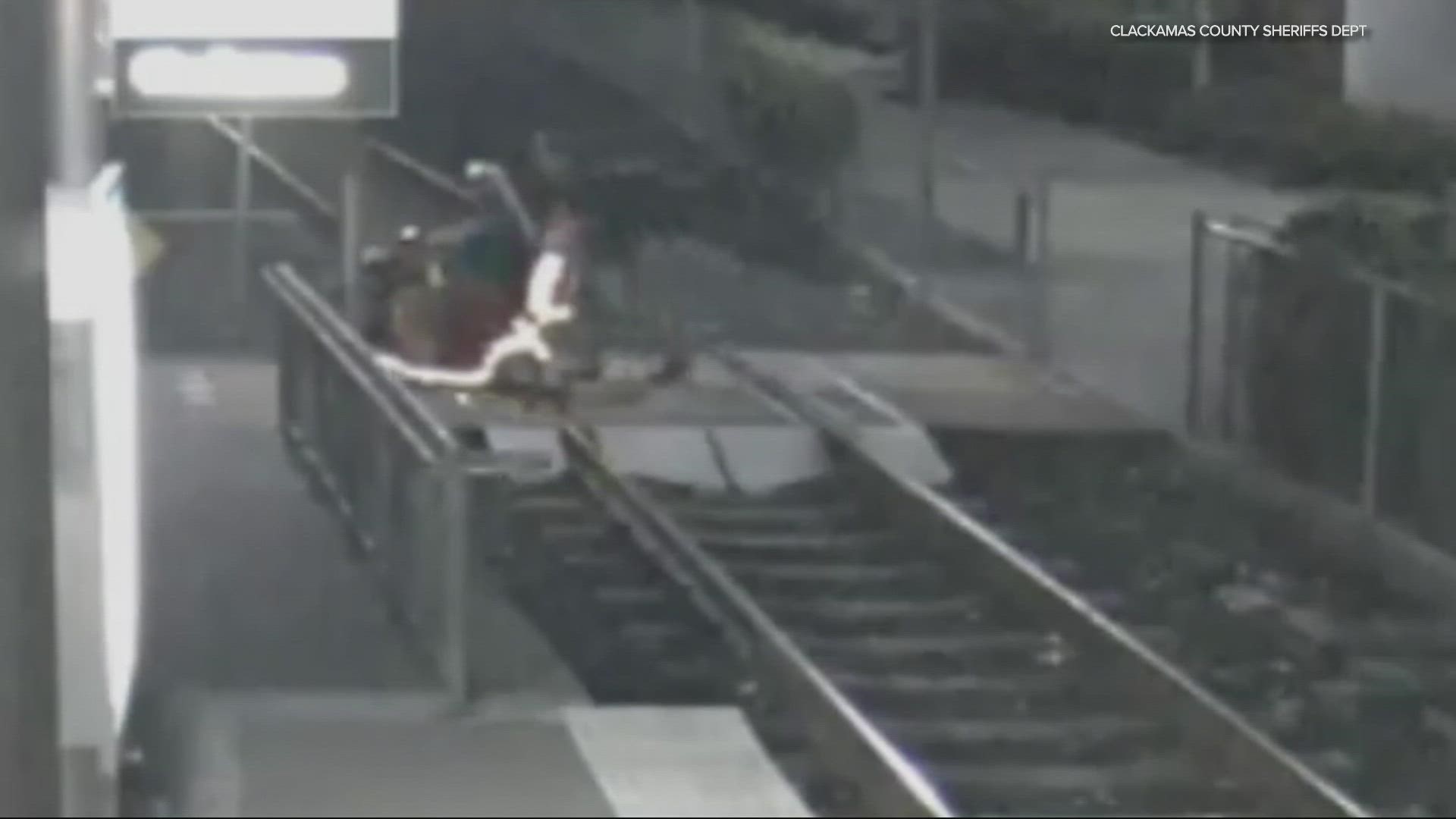 HAPPY VALLEY, Ore. — Authorities in Clackamas County are searching for a purse snatcher who appears to be destined for Santa's naughty list.

Karrie Whitman has been Mrs. Claus at the annual tree lighting ceremony in Pioneer Courthouse Square for 16 years. This year will make it 17.

She also uses a mobility scooter and on Sept. 1, a man pretending to be a good Samaritan took advantage of her disability.

In an interview with KGW, Whitman said she took the MAX to go to Walmart in Happy Valley that day and her scooter had run low on battery. She stopped to charge the scooter near the Fuller Road MAX stop when a stranger offered to push her onto the platform.

"He asked, would you like me to push you? And I said okay, trusting he would be good to his word," she said.

According to the Clackamas County Sheriff's Office, the unidentified man lifted Whitman's purse from the back of her scooter and put it a trash can. After leaving the woman on the platform, he came back, grabbed the purse and fled. The theft was reported around 10 p.m.

Deputies said the incident was caught on surveillance by TriMet.

"It was low enough to steal from a disabled person. Then to steal from Mrs. Claus on top of that," Whitman said. "Believe me, when Santa and the elves heard about that they were none to happy about it."

The sheriff's office is asking for the public's help in identifying the suspect. They said he appears to be a white male, about 25-35 years old with "dusty" brown hair. He was wearing a blue Under Armour logo t-shirt, a flat-bill hat with a small logo in the middle, blue jeans, and black tennis shoes He also had a black Nike backpack.