Stockton police said the case is now under internal review along with all body cameras and video evidence. 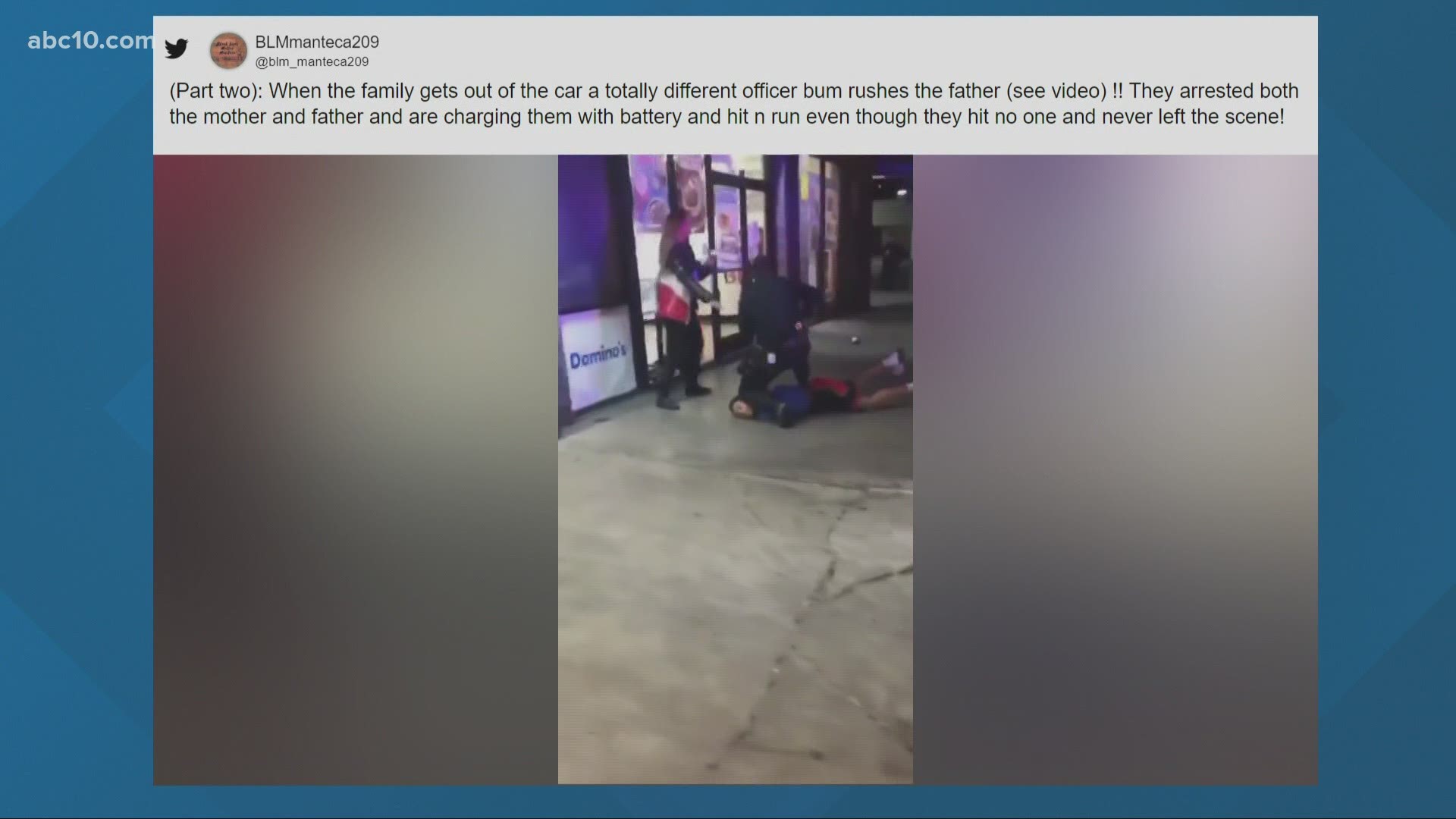 STOCKTON, Calif. — Black Lives Matter Manteca said a young father was violently detained after his car was hit by a Stockton police officer’s patrol car. The group is sharing a video of the police encounter that happened Friday night.

Sharon Washington-Barnes, a concerned family member of the victims, said her sister and the father of their young 3-year-old daughter were the true victims.

“A police cruiser in the middle lane made a sharp right turn so cutting them off and tearing off their bumper," Barnes said. "The police officer let them know they were so sorry for hitting them and to pull into a nearby shopping center so they could assess the damage and figure out what the next steps are.”

Stockton Police Department doesn’t deny that the officer hit the family’s car, so how did an accident involving a police cruiser start to escalate?

“A totally different officer who had just arrived on scene came rushing over and grabbing the guy, slamming him on the ground,” Barnes said.

Stockton police said they attempted to detain a male driver walking away from the accident when a female passenger struck the officer on the hand and tried to pull the officer away. The two were charged with resisting arrest.

“Nobody understands why they were hit. They were told to pull over,” Barnes said.

Stockton police said the case is now under internal review along with all body cameras and video evidence. Meanwhile, the officers are still on the job as Barnes, who is also the president of Black Lives Matter Manteca, said her family is experiencing the kind of police behavior that Black Lives Matter is working to stop.

She said that her young niece is now experiencing trauma after seeing the events unfold.

“And she has been whining and crying ever since Friday night," Barnes said. "She’s trying to process it all. She’s only three years old.”