Manufacturing jobs in high demand, locally and across the country

San Joaquin County and San Joaquin Delta College are teaming up for 1,000 internships. 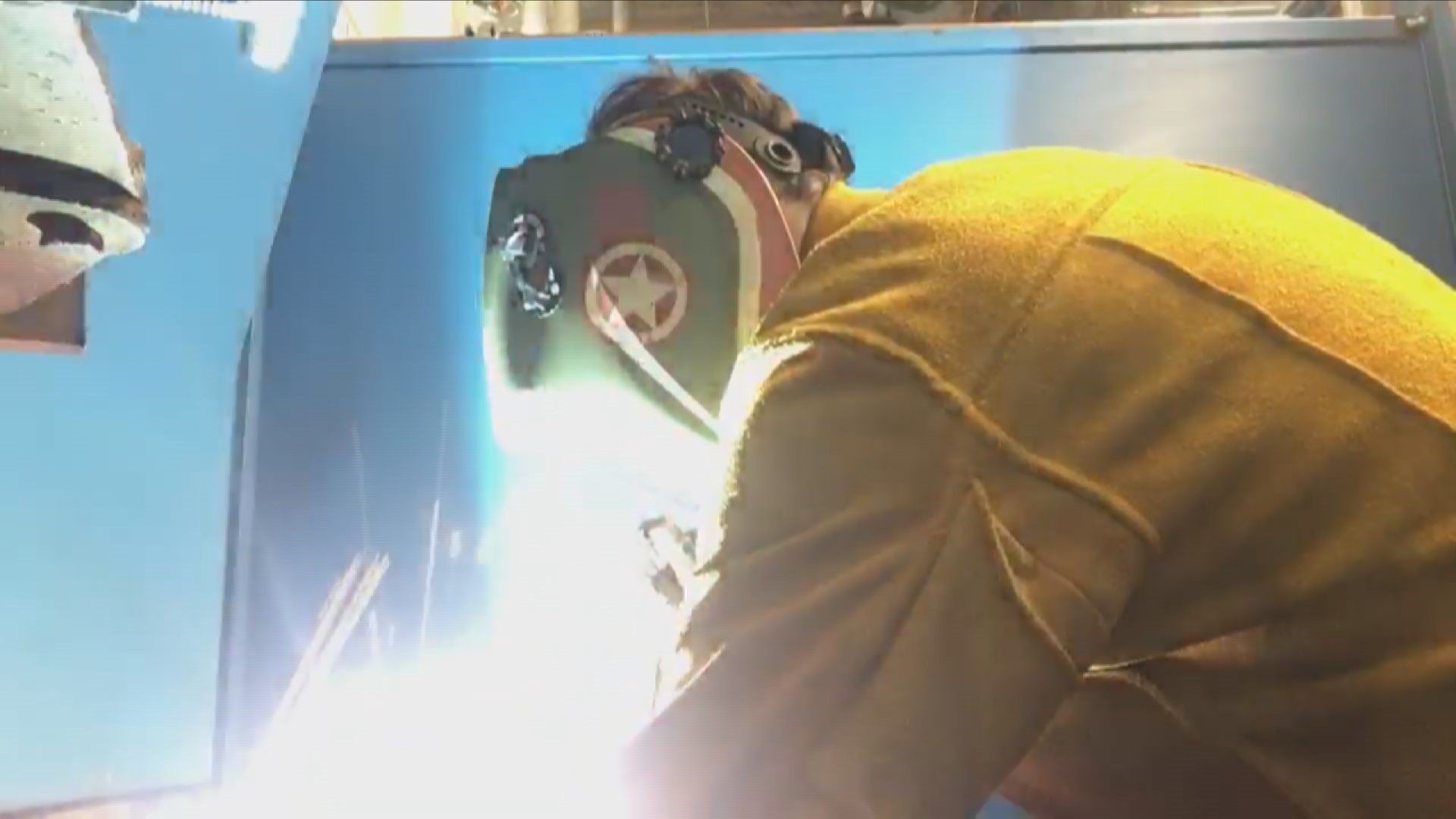 SAN JOAQUIN COUNTY, Calif. — 32-year-old Stephanie Medina wanted a new, challenging career so she took up a class in welding.

"[There is] always shock that I weld," said Medina, referring to the reaction she gets from others about her career choice.

The single mother of two and former tattoo and graphic artist has spent a year in San Joaquin Delta College's Welding Technology curriculum.

In two weeks she graduates.

"I did a lot of research. I realized that it is more of a male-dominated world. That's what enticed me even more to it," Medina said.

According to a study by the Deloitte and Manufacturing Institute, 77% of surveyed manufacturers say they will have ongoing difficulties in attracting and retaining workers in 2021 and beyond.

The study says if things continue, it's anticipated 2.1 million jobs will be left unfilled by 2030. It could cost the U.S. economy as much as $1 trillion.

"There's a lot of people retiring. And, we had a lot of time there where the trades weren't encouraged. Now, we're seeing more and more folks that are coming through the high school system especially," said San Joaquin Delta Welding Technology Professor Alex Tabbei.

You can get your welding certificate at Delta College in as little as 16 weeks. Others stay longer to gain more skills.

Tabbei says because of the lack of workers, wages are going up.

He says a welder with very basic skills can start at $16-$19 an hour but can soar to $70 or more an hour if one is employed by the pipefitters or ironworkers unions.

To ramp up hiring, Delta College and San Joaquin County have put up a combined $4 million dollars to fund 1,000 internships with local employers.

"So the idea here is really two-fold. It's to give students the job skills that they need to get into a new career field while simultaneously getting them some financial assistance," said San Joaquin Delta College spokesman Alex Breitler.

"I like having my hands occupied with some kind of activity to do. And, welding was a way to do that," said Ross.

San Joaquin Delta College will hold a webinar about their 1,000 internships this Thursday at noon.