'Why wasn't it me?': Marine Corps veteran shares his story

The Odessa native served for 16 years in the Marines. Part of his service he spent fighting in the Gulf War. 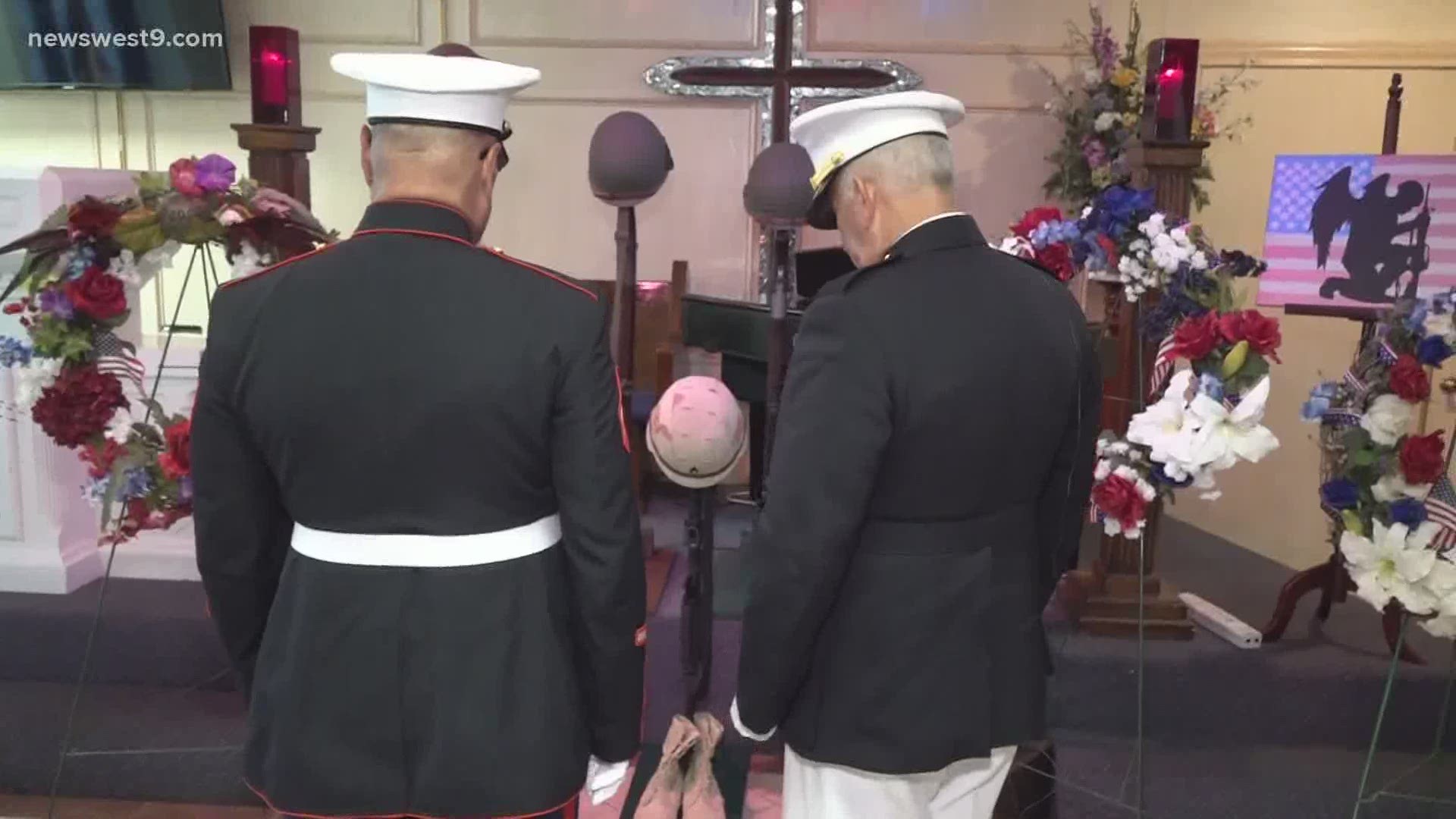 MIDLAND, Texas — We do not know them all, but we owe them all.

Over a million men and women have died fighting for this country’s freedom since the Revolutionary War.

For retired Marine Corps veteran, Major Ramon Armendariz, the day is not filled with BBQ'ing and hanging by the pool. Instead, it is somber.

He woke up early and headed to the Ector County Cemetery.

“Take a few minutes to go out there and brush away the dirt and the dust on those nameplates," Armendariz said. "Take the time to look at the flag and wonder what that individual did for America, for you to be free.”

The ceremony’s honoring our current service members, veterans and those who have died fighting for our freedom. @newswest9 pic.twitter.com/MZQp0BxxWN

The Odessa native served for 16 years in the Marines. Part of his service he spent in Haiti and the Gulf War.

“At times like this, when you have ceremonies like this is kind of brings back a bunch of good memories and a lot of bad memories," Armendariz said. "But I like to come out and see the people who are out here supporting us and it motivates me that the people have not forgotten."

Armendariz feels like too many people have forgotten what Memorial Day means.

"The people here supporting us, it shows that there are still Americans out there who haven’t forgotten what freedom stands for.”

That freedom? It comes at a cost. This Armendariz knows all too well.

“That’s why I’m here now to honor them, the guys who didn’t go home," Armendariz said. "That’s what the whole purpose of this day is but you wonder why them? That’s a question I ask myself every night. Why not me? Why them?”

Until Armendariz meets his maker, he will not know why.

But in the meantime, he has a message for those who have lost loved ones in the military.

“I’m an old guy, 68-years-old...I’ve lived my life and had my family," Armendariz said. "I’ve done stuff they never got the chance to do. So to spend a few hours to honor these guys who did this…well there’s not any amount of gratitude that can be shown for what they did.”