A man and his dog, Lobo, were walking in Landover when he says a woman approached them, displayed a gun and demanded the puppy. 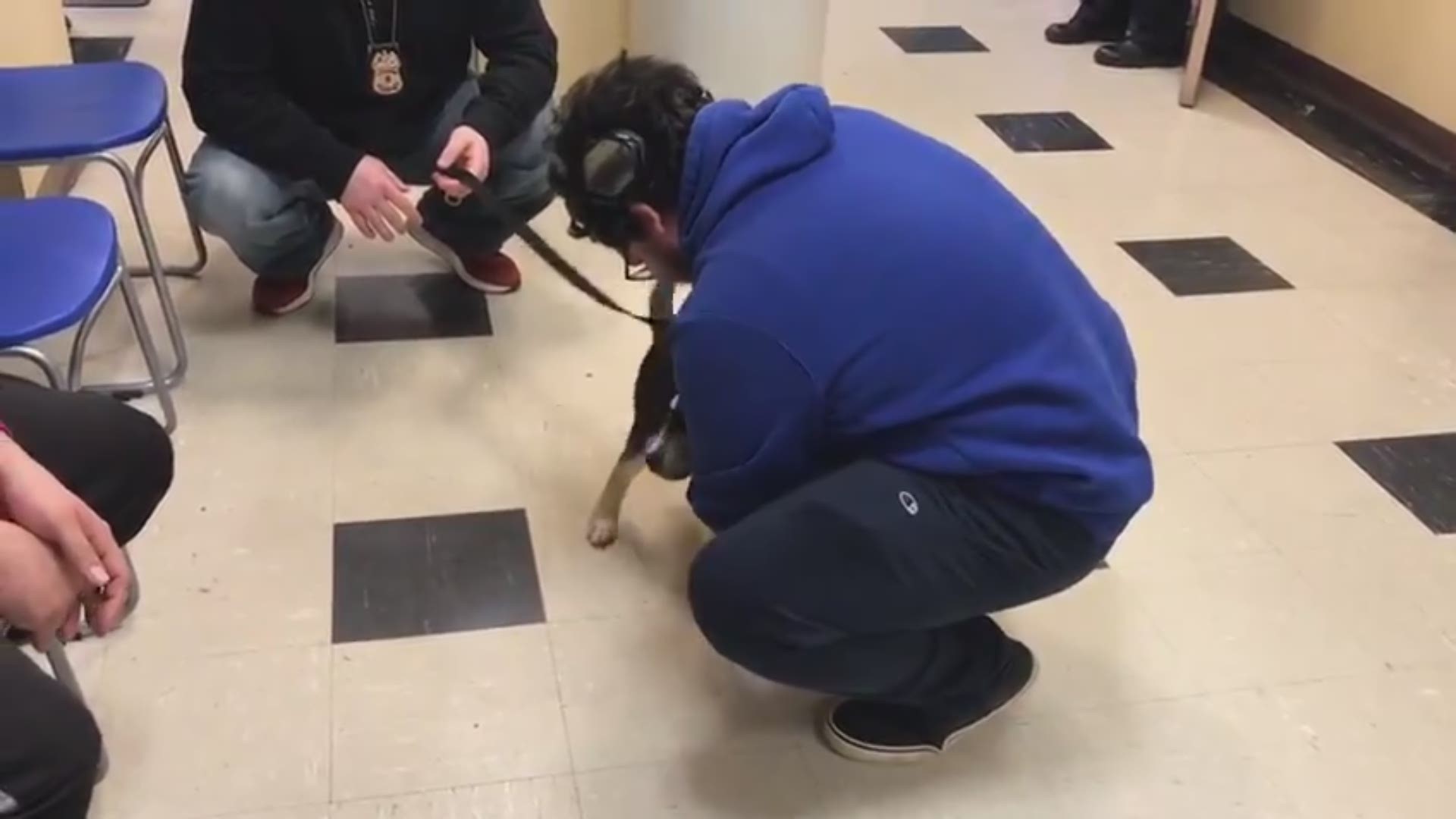 LANDOVER HILLS, Md. — Prince George's County Police have located a puppy stolen from its owner at gunpoint in Landover, Maryland. The puppy has been reunited with its owner after a citizen saw the dog walking alone in D.C. and called the police.

D.C. police have also arrested and charged the woman they believe stole the puppy. She has been identified as 26-year-old Juanel Huff of Southeast D.C. She's currently in custody.

Police said the incident happened Monday around 1:40 p.m. near Kent Village Drive and E. Ridge Drive. The victim told police that he was walking his puppy named Lobo when he noticed a car pass him and then pull over a little bit ahead.

The victim said a woman got out of the car and walked to the trunk. Then he said the woman approached him from behind, displayed a gun and demanded the puppy.

"The victim grabbed the weapon and the two began to struggle over the gun," police said.

A second suspect, a man, approached the victim and woman struggling. The victim let go of the gun and the woman pulled the trigger several times, but the gun didn't fire, police said.

The woman grabbed the puppy and the two suspects sped away. The victim suffered minor injuries.

Credit: Prince George's County Police
A man and his dog Lobo were walking in Landover when he says a woman approached them, displayed a gun and demanded the puppy.

Police described the getaway car as a gray Ford Crown Victoria with Virginia tags. It's missing its rear passenger side hubcap. The front fender and hood are black.

Police said woman suspect is believed to have face tattoos. Police consider these suspects armed and dangerous. They're asking anyone who's seen the suspects or the suspect's vehicle to not approach them, but to call 9-1-1 immediately.

Anyone with information that can help police find the suspects who took Lobo is asked to call detectives at 301-772-4425.

RELATED: Purrr-fect: Here are the best animal stories from 2019