Are you on board to #BringMarysvilleBack? 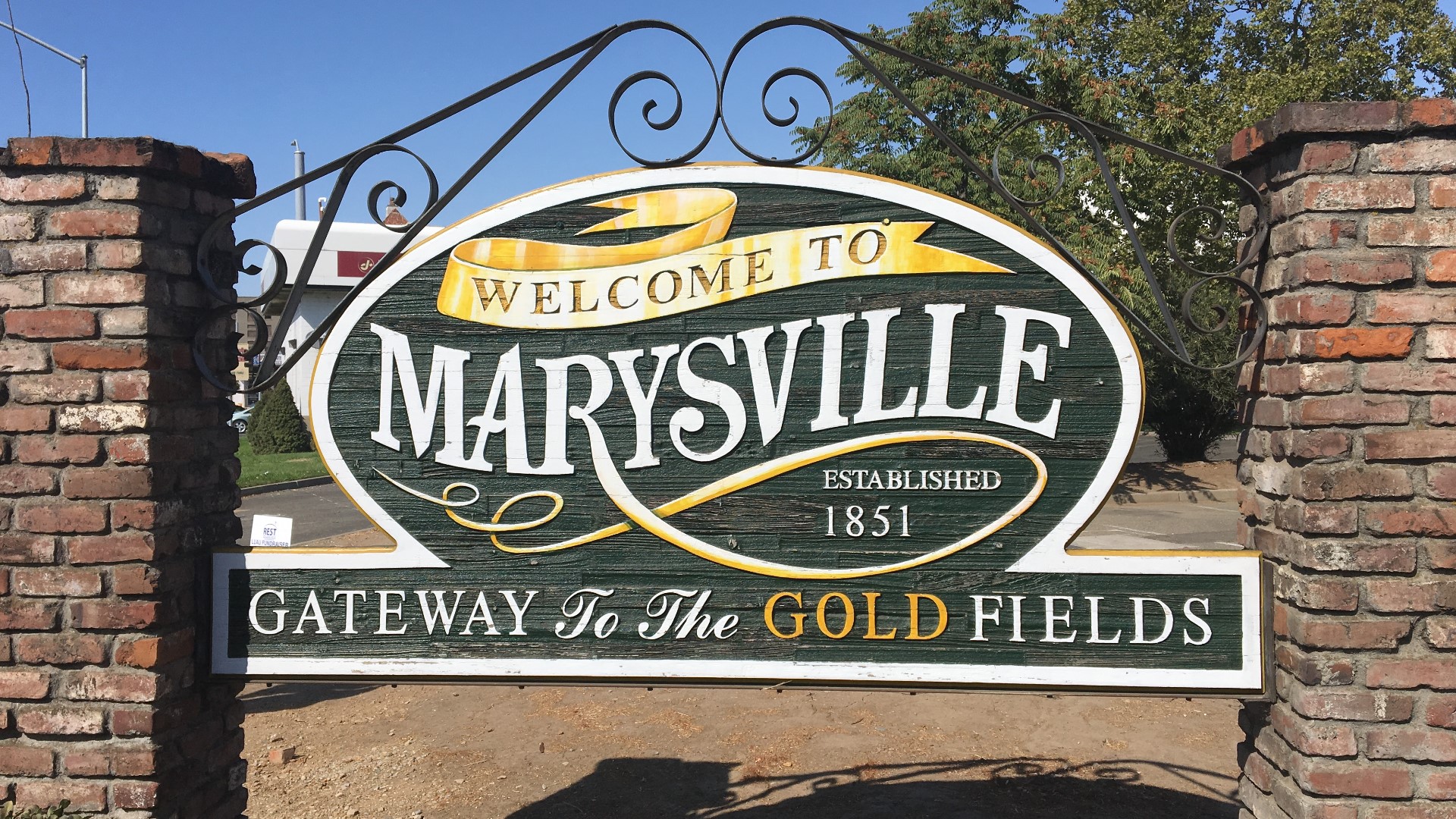 It sounds a bit bleak, but as the video pans out to reveal a group of runners jogging through the Chen Ling Chinese Garden, the viewer sees exactly why the town so worthy of renovation. Plus, did you get the pun?

"They say, why would anybody want to visit California's oldest little city," comments a couple in the next shot, both of whom are dressed in 1920s-style garb.

Marysville business owners are giving people a reason to visit their tiny town. With this submission video to HGTV's new Home Town Takeover show, Marysville is on a mission to score some upgrades to tired downtown infrastructure.

Created in part by local production company Conejo Bros. Media, the video is currently at over 100,000 views across social media platforms, garnering interest beyond just HGTV.

"Marysville needs renovation badly," said Branden Conejo, co-owner and executive producer of Conejo Bros. Media in an interview with ABC10. "Corruption and apathy in the past doomed many of the downtown buildings to become dilapidated. We have numerous historical buildings left and many of them are in poor shape."

Branden says the community caught wind of the HGTV opportunity on Facebook, but it was Joseph Ferrie and Meigan Soo, owners of Silver Dollar Saloon who drove the project forward.

Remember that dapper-looking flapper couple from the beginning of the video? Yup, that's them.

"So, Joe and Meigan called a meeting at their establishment," Conejo said. "They put out an open call on Facebook for anyone to attend the meeting which took place on Jan 20. About 30 members of the community showed up, including some local officials and the Yuba-Sutter Now team."

The newly formed team quickly worked through ideas for the video and a script. The original video outline called for a staggering 30 location, but Conejo managed to cut that down to 18 prominent community locations for the sake of time.

The video features many, many recognizable people and businesses, while also highlighting some of the key historic buildings around town. Hundreds of Marysville folks contributed to the video.

"There are about 20 on-camera speakers in the video, including local legend Cotton Rosser and Assemblyman James Gallagher," Conejo said. "There are 8 voice-over speakers, and hundreds of locals were background actors. We also had local artists, donate a song about Marysville that we used in the credits sequence. So yeah, hundreds of locals contributed to this video."

The original song for the video, created by Tom and Gay Galvin (another husband and wife team), is yet another highlight of Marysville's unique talent and close-knit community.

So far, Marysville has one of the highest amount of views for their submission video. On Yuba-Sutter Now's Youtube channel alone, the video has garnered 23,863 views and counting.

In addition to the video's success, #BringMarysvilleBack has been trending among local community social media boards.

"I never expected this project to get so big," Conejo said. "Definitely "local viral." The amount of engagement online has been the icing on the cake. People are leaving heart-warming comments. They're thanking us, saying it made them cry, it's great."

RELATED: Watch this father tear up listening to the heartbeat of his deceased son

The video not only highlights the people of Marysville, but also the spaces they'd like to see revitalized.

"We have two theaters downtown that have long been closed," Conejo said. "Many empty and dilapidated storefronts. Hotel Marysville...has been closed down for years. I've heard that Babe Ruth and many Hollywood actors of that era used to lodge there. There are several struggling businesses in downtown Marysville that could benefit from renovation. Some of our local parks have a lot of potential as well."

If chosen as one of the Home Town Takeover locations, Marysville would see a fair share of changes — a whole-town overhaul would be on the table. HGTV is currently reviewing video submissions and will announce the lucky winners soon.

HGTV's new six-part series features Ben and Erin Napier, hosts of Home Town, as they travel to small towns across the country to revitalize old buildings and infrastructure. The couple has already been doing exactly that in previous seasons of the show, restoring their own home town of Laurel, Mississippi bit by bit.

Now, they're taking their show on the road.

Other historic buildings and areas that the people of Marysville are hoping to makeover include the Tower Theatre, Chen Ling Chinese Garden and the State Theater.

The official Facebook page has also been highlighting some notable features in the city in order to raise awareness about their campaign.

For example, a post was created lauding architect Julia Morgan, the first woman to receive an architecture license in California. While she is best known for designing the world famous Heart Castle, Morgan also designed some of the local homes in downtown Marysville.

Interestingly, Marysville just celebrated its 170th anniversary of incorporation on Feb. 5. It was the ninth city in California to be incorporated, and since all eight cities incorporated prior to Marysville have grown to great sizes, Marysville lays claim to being California's oldest little city.

Here's hoping that Marysville gets the ultimate birthday present — an extensive and much-deserved restoration.

WATCH MORE: Yosemite's annual "firefall" returns this week, but may be tough to see this year