Mendocino Complex Fire: Inside the Fight 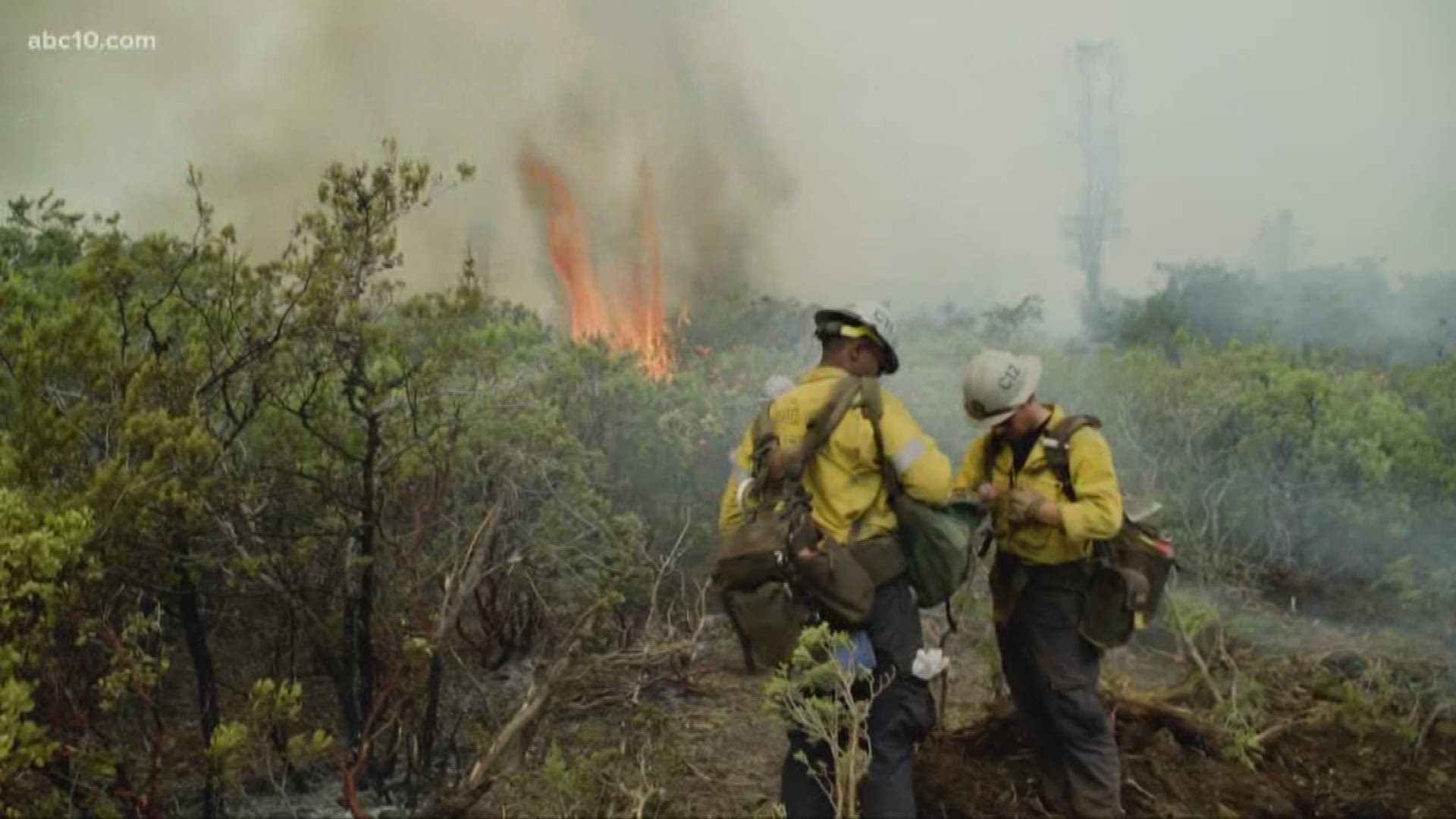 Colusa County — If you're using the ABC10 app, CLICK HERE for video.

It's been two weeks since the start of the Mendocino Complex Fire, a combination of twin blazes burning across Colusa, Lake, and Mendocino counties. On Friday, officials said crews had managed to contain 60 percent of the blaze, but flames continue to move farther north into Mendocino National Forest.

Fighting wild land fires is a vastly different beast than battling flames in an urban environment. Both are highly dangerous and claim lives every year, but the techniques that crews are using to attack California’s largest fire often give the blaze a taste of its own destruction, like using fire to fight fire.

"What we’re doing is we’re trying to remove the unburned fuel from the perimeter of the fire so that we can widen our containment lines," said Capt. Chris Vestal, a spokesman on the incident from Sacramento Metro Fire. "There is still some unburnt fuel in the middle of the fire, and there’s some active fire, so really the goal is, if any of that fire flares up--we get a wind shift and it blows into the containment lines--it’s a wider containment line. It’s less likely to then blow across and to lose containment of the fire."

Strike teams, like the one we met up with from Ventura County on the fire’s southeastern front line, use drip torches, hand-thrown and pistol-fired flares to intentionally ignite fires and burnoff fuels that may have otherwise been used by the blaze they’ve been sent to attack. And while it may seem counterintuitive to fight fire with fire, it’s just one of the many proven tactics that these wildland crews are using to keep flames from spreading.

"There’s a strong aerial assault that’s taking place, as well as line construction," Vestal said. "Those are taking place to prevent the fire from spreading into the snow mountain wilderness, as well as they populated residential areas that are surrounding Clearlake and the other areas of these fires."