Meyers man drowns after falling through ice while walking dogs

According to the El Dorado County Sheriff's Office, the incident appears to be a tragic accident. 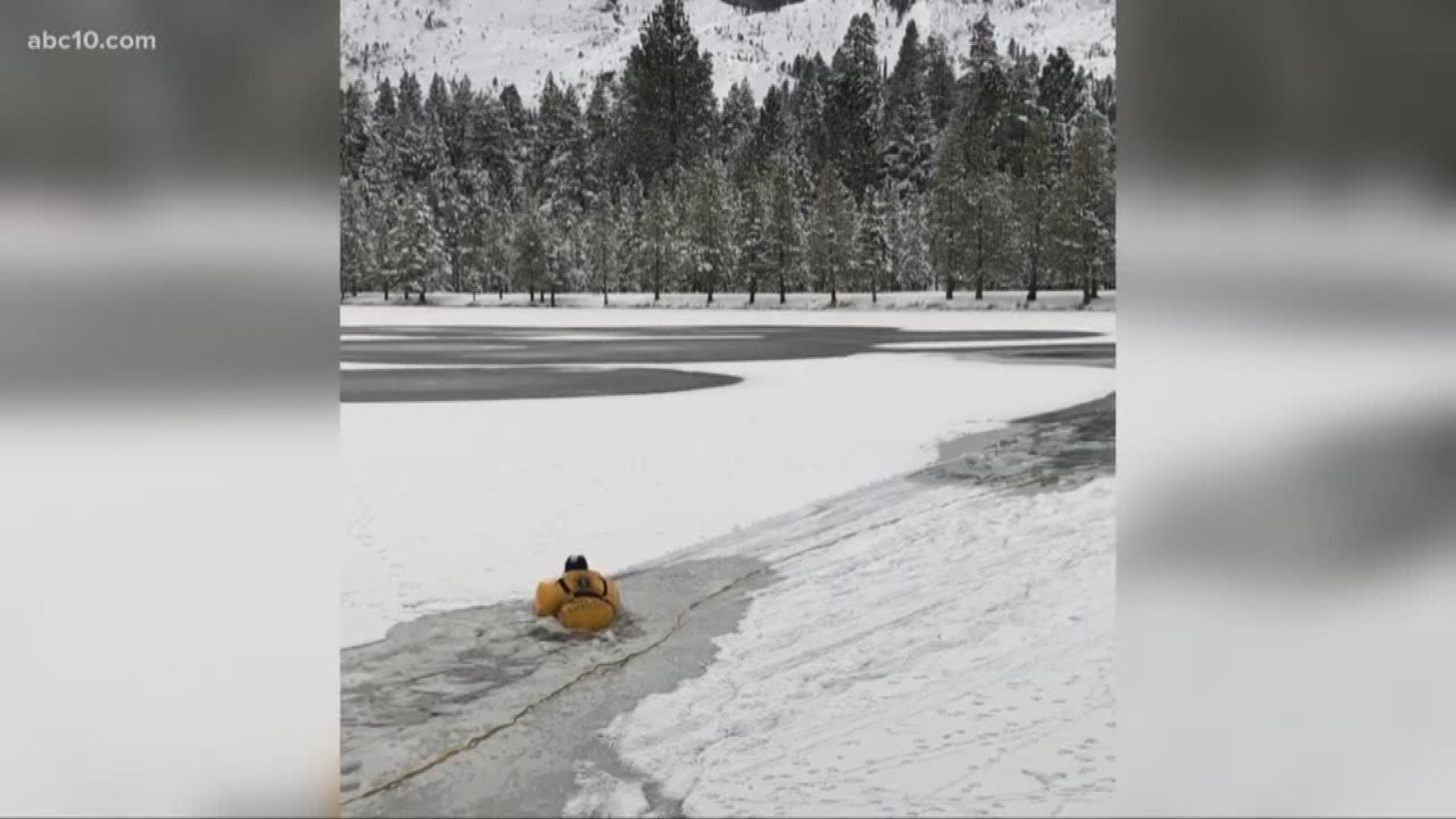 MEYERS, Calif. — A tragedy unfolded in Meyers as man simply walking his dogs fell through the ice at Lake Baron and drowned.

On Thursday, El Dorado County Sheriff's deputies were dispatched to Meyers in response to a possible downing around noon.

As the search for the man continued into the evening, deputies were able to find cold weather clothing in the lake around where they believe the man fell through the ice.

READ ALSO: Family finds closure after body of loved one was identified 2 decades after drowning

Deputies and rescue teams continued their search into the following day.

Douglas County Sheriff's deputies were able to use a remote operated vehicle to eventually find and recover the man's body. He was identified as 39-year-old David Schmidt.

Deputies say all signs indicate that the drowning was a tragic accident. Schidmt had been walking three dogs when he died. All three were rescued and taken to a local vet for treatment.