Police are asking for help identifying him. 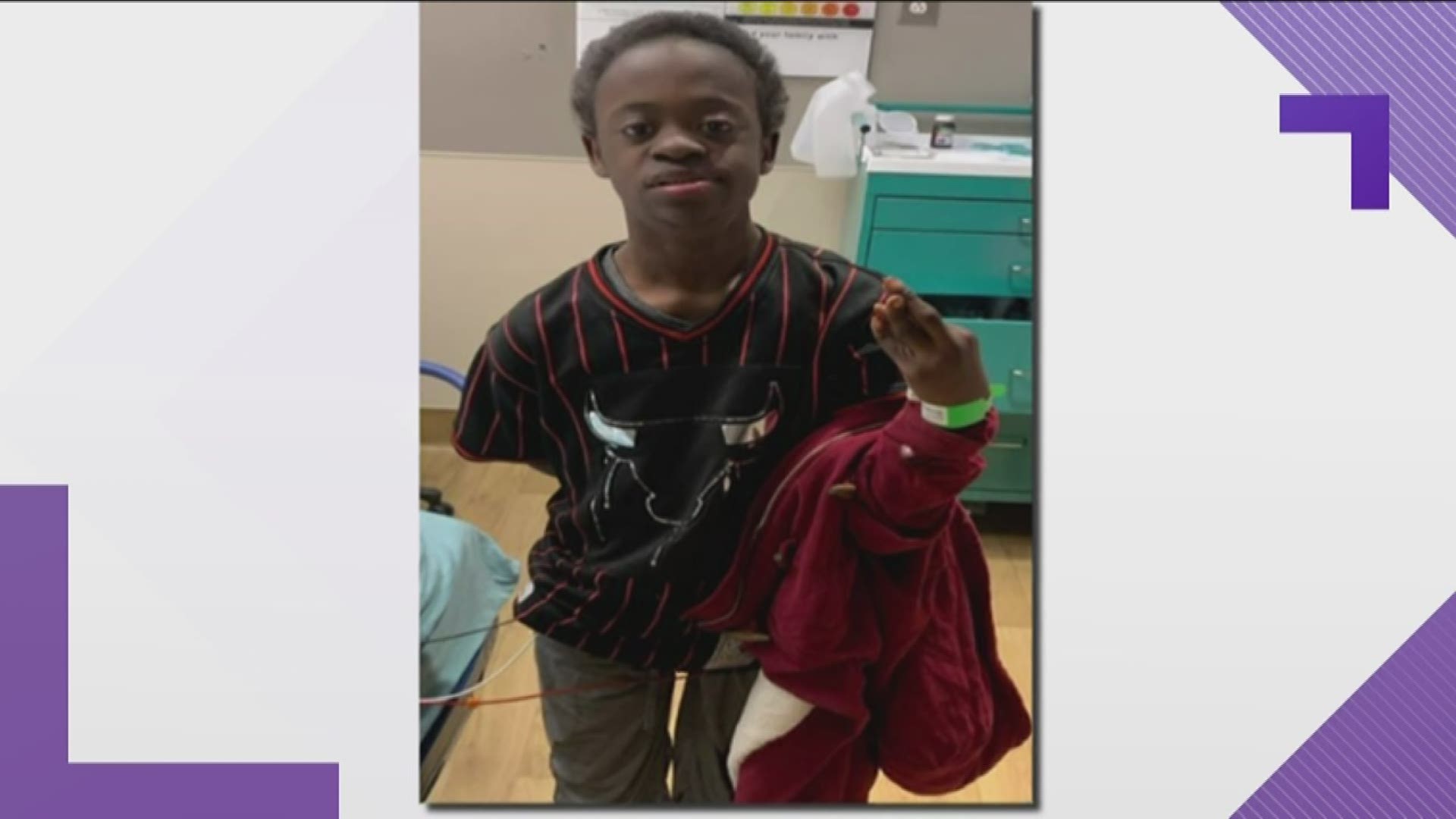 ATLANTA — Update: He has been identified and his mother has been arrested.

A young man was left at Grady Hospital days ago and officials have no idea who he is.

He arrived at the hospital with a woman, but she left without him. Now, police are asking for help identifying him and the woman seen on surveillance video walking him in.

He arrived at the hospital on the evening on Dec. 4, 2019. Atlanta Police said surveillance video shows him and a black woman wearing a white coat and a red hat arrive at the hospital.

“However, they never checked in or registered with hospital staff. Just before midnight, hospital staff located the male alone outside the hospital,” a release said.

Police said they were walking around the hospital for about an hour before being left outside.

A nurse on her break noticed him outside and contacted police, they said.

Police described him as malnourished and said he didn’t have identification and has not been able to communicate verbally or in writing. They did not share an approximate age and only described him as “a young man.”

“It appears as though he has a diminished mental capacity and may have Down syndrome,” the release said.

The woman was last seen getting into a red minivan and leaving. Investigators are still looking into the vehicle aspect of it, police said.

"Based on his diminished mental capacity, he is not able to speak to us, he's not able to write, so we've had a very hard time trying to understand who he might be and where he lives," Lt. Jeff Baxter, commander of Atlanta Police Department's special victims unit said during a press conference.

For now, he is being cared for at Grady and is in the custody of Georgia’s Division of Family Child Services.

"At this point we just want to know who he is and why this woman left him there," Baxter said.

Police said they've had issues with babies and newborns being left, but Baxter said they've never had a special needs, young teenager left.

He said despite not knowing the what the exact circumstances are and why she left him, but they said they just want to talk to her.

Police said it is undetermined if the woman will face any charges once they determine who she is.

"We're not here to judge anybody. We just want to know why he was left there and who he is so we can get him help," Baxter said.

Anyone who recognizes either of them or has any information is asked to call APD’s Special Victim’s Unit at 404-546-4260 or Crime Stoppers at Atlanta tip line at 404-577-TIPS (8477). You can also submit a tip online and anonymously at www.StopCrimeATL.com.

Mom desperately looking for answers in search for missing daughter