MODESTO, Calif. — There may be no saving the 103-year-old 7th Street Bridge in Modesto, but there will still be a home for the sculpted lions that guard it.

The 7th Street Bridge is in poor health. It has a 5.1 out of 100 sufficiency rating, spots with wooden supports, cracks, and crumbling concrete. It's also had a weight restriction on it since 1937 that bans vehicles weighing more than 4-tons from driving on it.

Most people in Modesto know it as the Lion Bridge, named for the four lions that guard the entrances on both sides.

Current plans will see the bridge demolished and new one under construction by 2022 and 2023. However, the lions will be preserved after the demolition.

The rails, sidewalk, and columns should also be there as part of a historical plaza. There'll be historical boards detailing the history of the bridge and why it was important.

"As you can see, two of the original lions will continue to guard the north side of the bridge," said Dave Leamon, public works director for Stanislaus County. "The two lions on the south will also be preserved. We're just not sure yet where they will go".

7th Street Bridge lions to be preserved in historical plaza 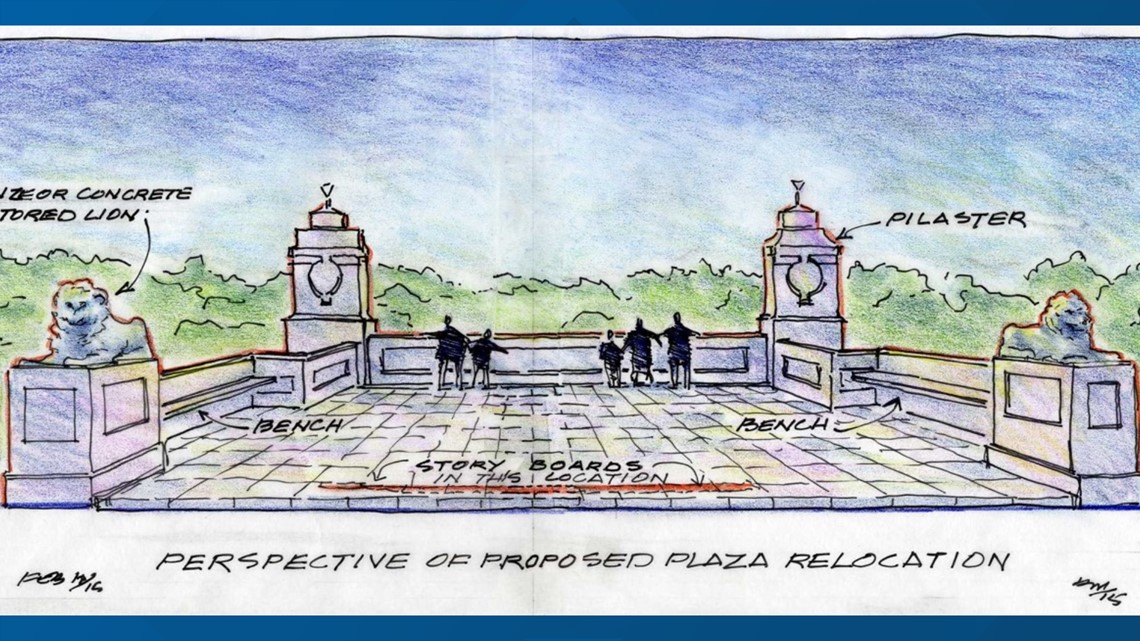 While the lions and the bridge itself are in rough shape, they are part of a few lasting historical structures from that time period, according to Janet Lancaster a researcher at the McHenry Museum and Historical Society.

“We don’t have a lot of things here that represent that period of time,” said Lancaster.

According to Lancaster, many other Modesto landmarks like the Strand Theater, Hotel Hughson, Hotel Covell, and the Tynan Hotel have gone away.