Cruising the streets of downtown Modesto is what locals say inspired George Lucas to write the famous film "American Graffiti." 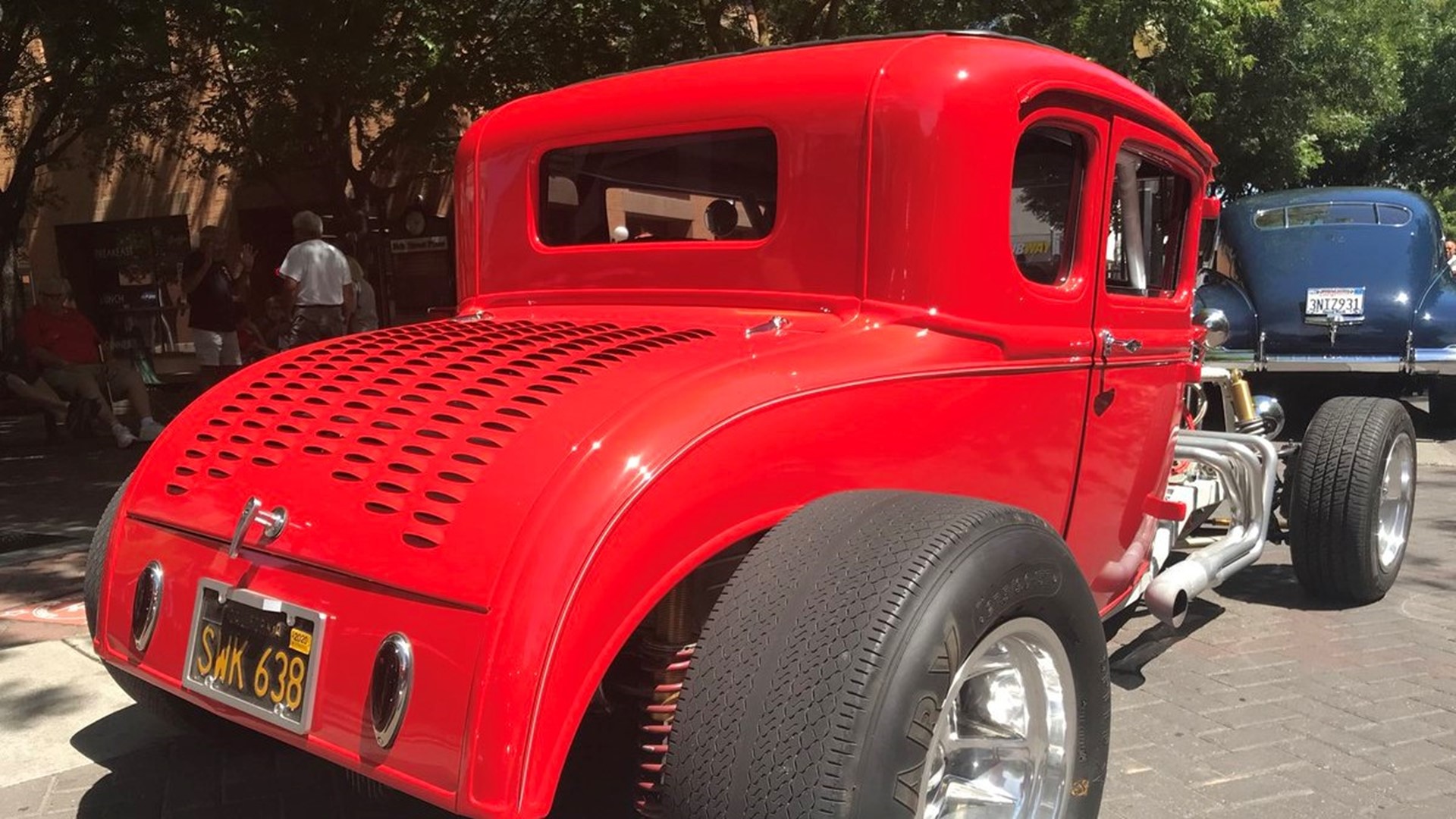 MODESTO, Calif. — Hundreds of classic cars took over the streets of downtown Modesto all in celebration of that rich "American Graffiti" history.

Sauls has been cruising the streets of Modesto since 1959.

And this is only one of his six classic cars.

"This is probably the bottom line of my cars, to be honest with you," he said.

It's people like Sauls and his 1950 Chevy deluxe coupe, that Modesto native George Lucas was inspired to write the famous film American Graffiti about.

"These streets were where it happened, where all of the dreams and all of the things about the girl and the T-Bird and all of that stuff, all of those stories happened on those streets," Chris Murphy, founder of Modesto's Graffiti Historic Cruise Route said.

In paying tribute to the well-loved traditions behind the film, Murphy created the Historic Graffiti Cruise Route in the heart of downtown Modesto along with an annual car show.

"The roots of Graffiti are on these streets," he said.

The graffiti cruise route on 10th Street is also lined with a permanent walk of fame showing the names of the people that George Lucas was inspired to write about.

And Sauls was no exception.

"I was cruising in 1959 and there wasn't a whole lot to do in Modesto. Now keep in mind, the stores stayed open on Thursday nights until 9, other than that, 6 o'clock they're done. So, you found your own entertainment. It was cruising these streets," Sauls said.

Sauls is one of six inductees to the walk of fame this year, getting his own star Wednesday night.

"This is the pinnacle of what we do, it really is. This is a great honor for me and every one of these people here," he said. "It's just like in your business, there's a pinnacle you're reaching for, I'm sure. Well, this is what we're doing here."