The National Straight Pride Coalition has submitted a permit billed as a "picnic" and "cultural celebration" scheduled for August 24. 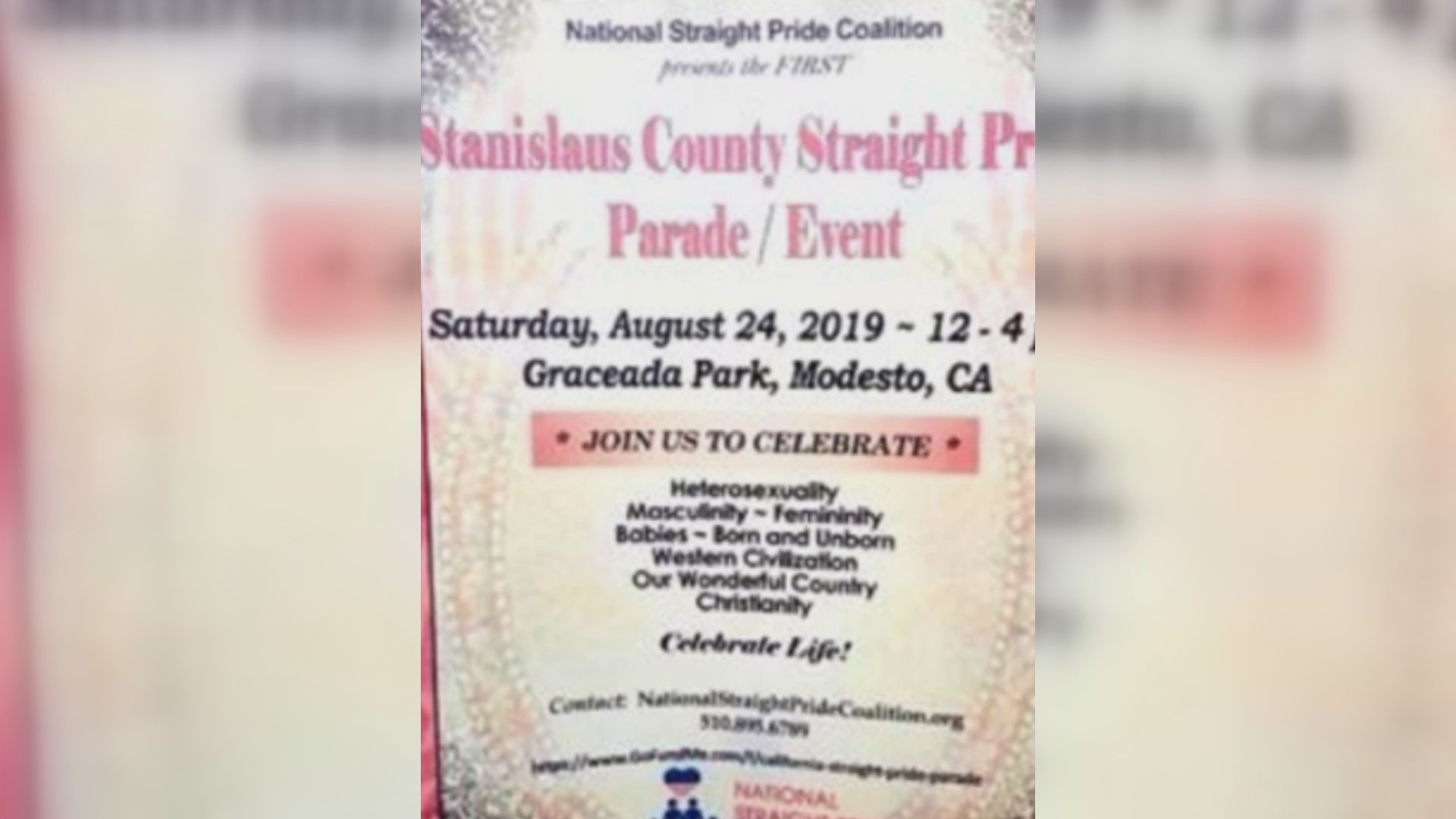 MODESTO, California — It's advertised on a flier as a celebration of "Heterosexuality, Masculinity, Femininity" and more. The National Straight Pride Coalition has submitted a permit billed as a "picnic" and "cultural celebration" scheduled for August 24.

"We hear a lot of attacks on Caucasians, white people, that white people are evil, white supremacy and such things. We're celebrating all colors, including white. So, we are saying everybody is great including white people," said Don Grundmann, who leads the National Straight Pride Coalition.

Grundmann is also a chiropractor in San Leandro. He said he is holding the event in Modesto because he has a "core group of people who share these beliefs" regarding what the coalition is all about.

On its website, the group said in part that it defends children and future generations of "all races and colors from being destroyed by the inherent malevolency/evil of the Homosexual/Sodomy Movement."

"The application for the permit is going through the normal channels that any other application would go through," said Thomas Reeves, a city of Modesto spokesperson.

He added there is a concern for what the controversial event might bring to Graceada Park, which sits in the middle of a neighborhood filled with well-kept, older homes.

"So, we're aware of what that could incite in terms of counter interests. So, we're getting prepared for that," added Reeves.

Dominic Rivera is a homeowner who lives across the street from the park. He told ABC10, if the event does happen, he will take his wife and his 3-year-old boy and leave that day.

"It is an injustice for this community to put kids who play at this park at risk for hatred," said Rivera.

"It's OK for people to be heterosexual and even to be proud of that. But, because they haven't really been discriminated against, I'm not sure that they necessarily need like a pride kind of event for that," said Kevin Brace, who works at a small restaurant next to Modesto City Hall.

In the meantime, people like Karla Fierros of Keyes, who was in Modesto to see a movie with her daughter, said it's all about free speech.

"You should respect other people's way of thinking. You might not agree with what people say or what they feel, but it's their life," said Fierros.

The permit application says the event is scheduled between noon and 4 p.m. The organizer expects 500 people to attend with speakers taking the stage.