The county received 4,000 doses of the vaccine from the state. By the end of the day, roughly 1,500 doses were administered. 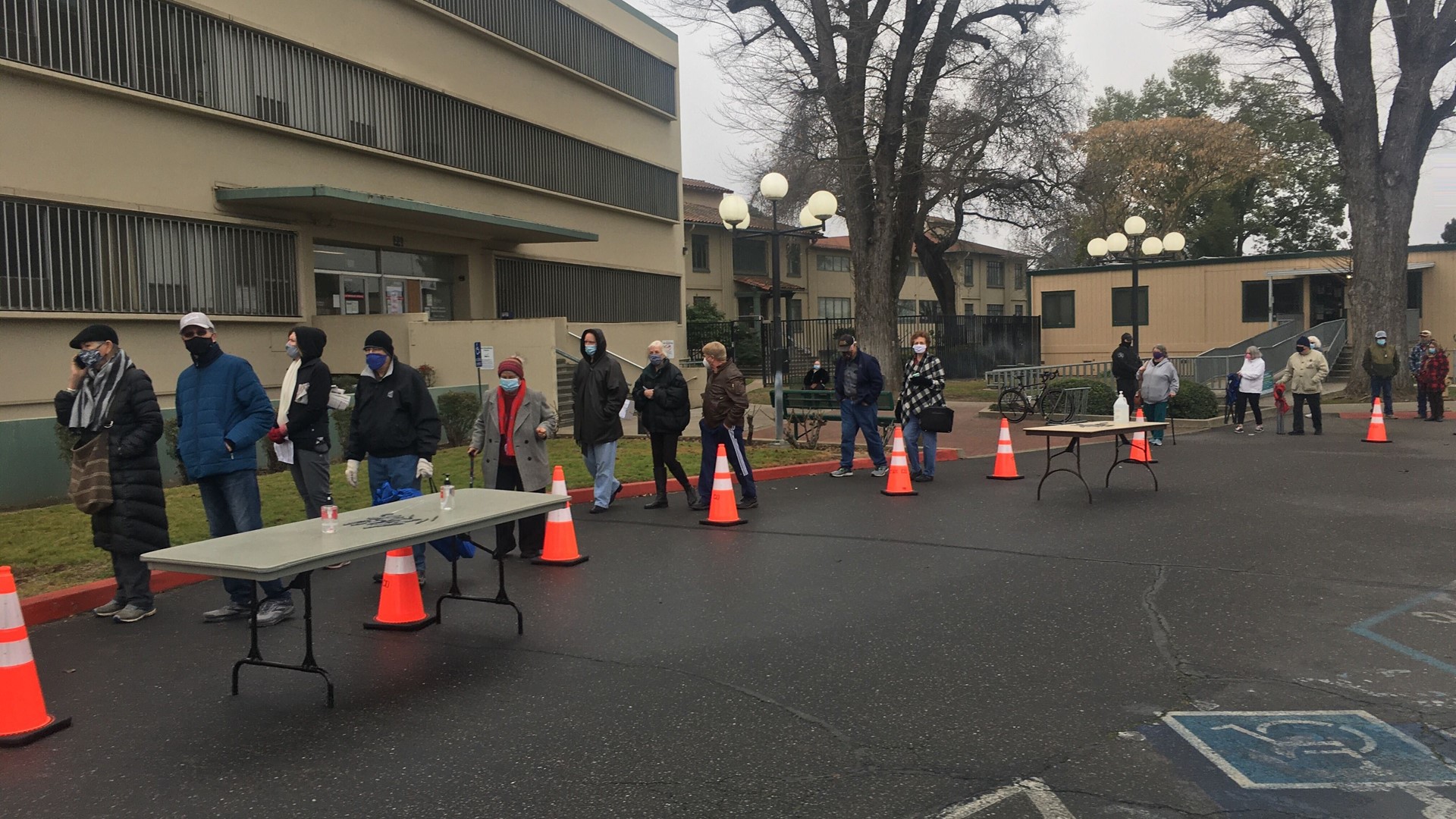 MODESTO, Calif. — Pamela Singh, 68, is still on the job as a home care provider. But at the COVID-19 vaccine clinic at the Stanislaus County Health Agency Services Headquarters in Modesto, she could hardly contain her excitement.

"Because I know we're going to make it through this crazy world. We'll make it," Singh said.

She was one of the lucky ones to get one of the first vaccinations for those 65 and older. People started lining up as early as 3 a.m. before the doors opened at 9 a.m. after learning about it on social media or simply word of mouth last night.

John Avey, 71, of Ceres got the shot. He hasn't contracted COVID, but his wife, a nurse, did back in April. She is set to get the shot next week.

"It was very easy, very organized. I'm very happy about getting it," Avey said.

The county received 4,000 doses of the vaccine from the state. By the end of the day, roughly 1,500 doses were administered.

"Just seeing so many of our seniors showing up, this shows that they're also hopeful and ready to get over this so they can also be out and about with their family," said Stanislaus County Public Health Agency Services spokesperson Kamlesh Kaur.

People ABC10 spoke to said they waited in line between two and three hours. You had to show an ID to prove you were 65 or older.  If not, you were turned away. The clinic is first come, first serve while supplies last.

"This is such a fluid situation with the vaccines, the amount of vaccines, the way the information transfers. So, you just have to adapt as fast as you can," said Stanislaus County Supervisor Vito Chiesa. "And, I can tell you from the Board of Supervisors, the CEO, and our public health officer, we're trying to get as many people vaccinated as fast as possible. We would rather run out of vaccines...than have them sitting in a freezer somewhere."

"I'm extremely excited about being able to get it and not worry so much and get out of the house. And, I'm going to get on a jet plane and go someplace," Avey joked.

Four more clinics are set to open in Stanislaus County. They include another clinic in Modesto, as well as in Patterson, Oakdale, and Turlock. Specific locations have not been announced. Clinic hours are 9 a.m. to 5 p.m., Monday through Friday.