Neighbors say they heard more than a dozen shots fired inside of The Tilted Turtle on Saturday night. 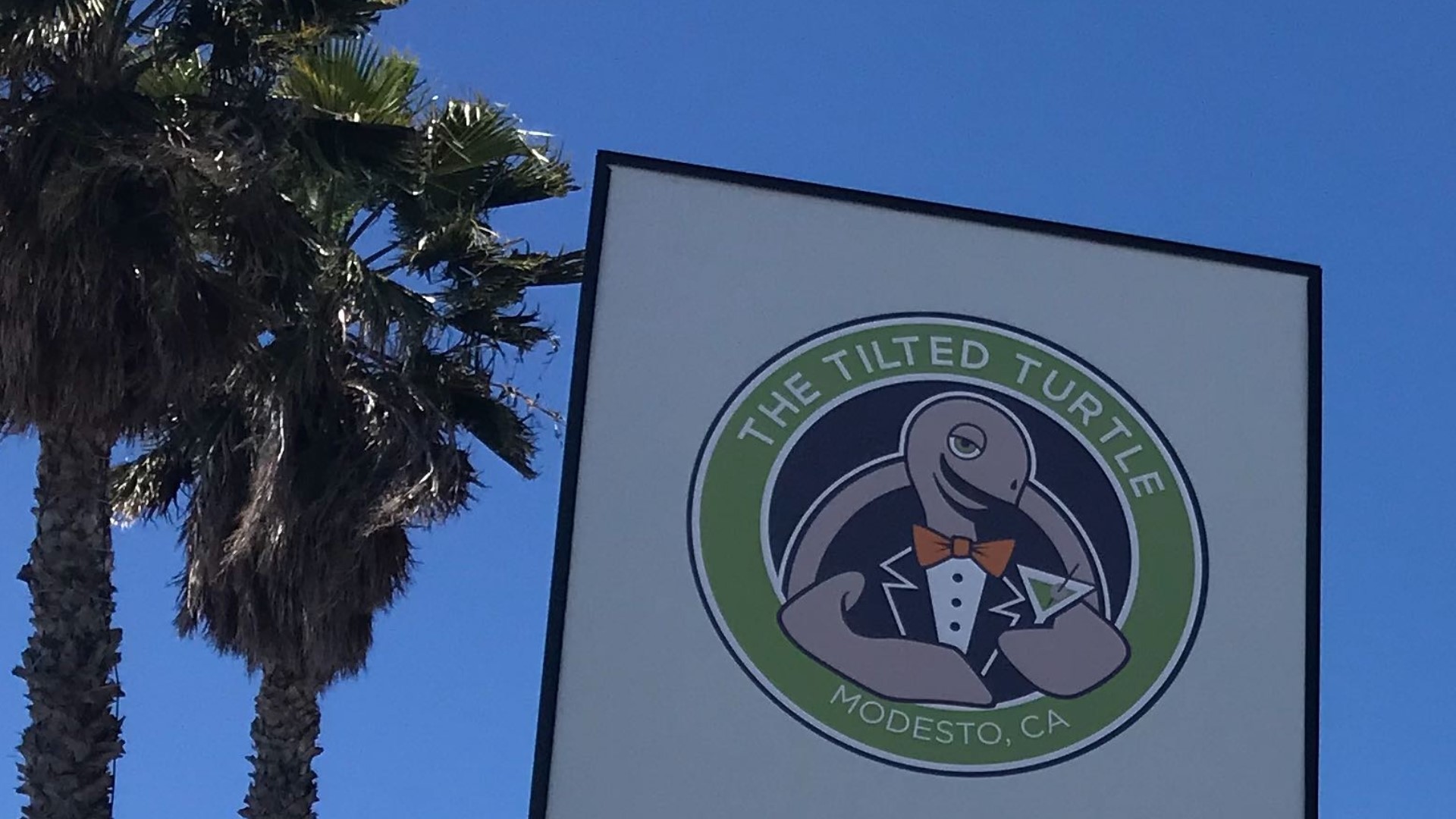 MODESTO, Calif. — It's been nearly two days and still no answers after more than a dozen shots were fired inside of a packed Modesto nightclub late Saturday night.

It happened at The Tilted Turtle Bar off of 9th Street and Coldwell Avenue just after midnight.

Modesto police say the shooting left three people injured, including a 25-year-old woman and a 27-year-old man who are still in critical condition.

Police haven't said anything about the possible shooter or motive.

"There was just people running around, trying to find somewhere to go, just fearing for their life," Shannon Laney, a neighbor said.

"The firing was loud and it was repeated, it seemed like it was right up against my door," Sharron Hillman, another neighbor said.

A DJ inside of the nightclub, who did not want to be identified, was already recording the performance on a Facebook live video when the shots rang out and the crowd took cover.

"They were shooting everywhere, and you couldn't tell where they were coming from or where they were going. So, I just didn't take any chances" Ray Mccolley, a neighbor said.

Neighbors from the Travelers Motel next door called 911 and watched as people ran for their lives, just like they did after the Pulse Nightclub shooting three years ago in Orlando.

"You could tell people were just in shock. It totally reminded me of the Pulse - the Pulse nightclub," Laney said.

No one was killed in this shooting, but two people are still fighting for their lives in the hospital.

The motel manager next door said this bar has been no stranger to trouble, ever since new management took over last year.

"When we hear gunshots, we duck. Yeah, they will tell you to duck, and you've got children on property screaming because they're terrified," she said.

The bar owners haven't responded to ABC10's interview requests, and the doors to their business have been locked since Sunday morning. However, they did post an apology on Facebook.

"Security and staff and every one around that tried their best in that state we thank you and apologize about the situation that took place," the post said.

If you have any information about this shooting, you are asked to call Crime Stoppers at 209-521-4636 and you can remain anonymous.