Video appears to show a man sitting in his car and talking to one of the suspects, as another person punches the victim in the face. 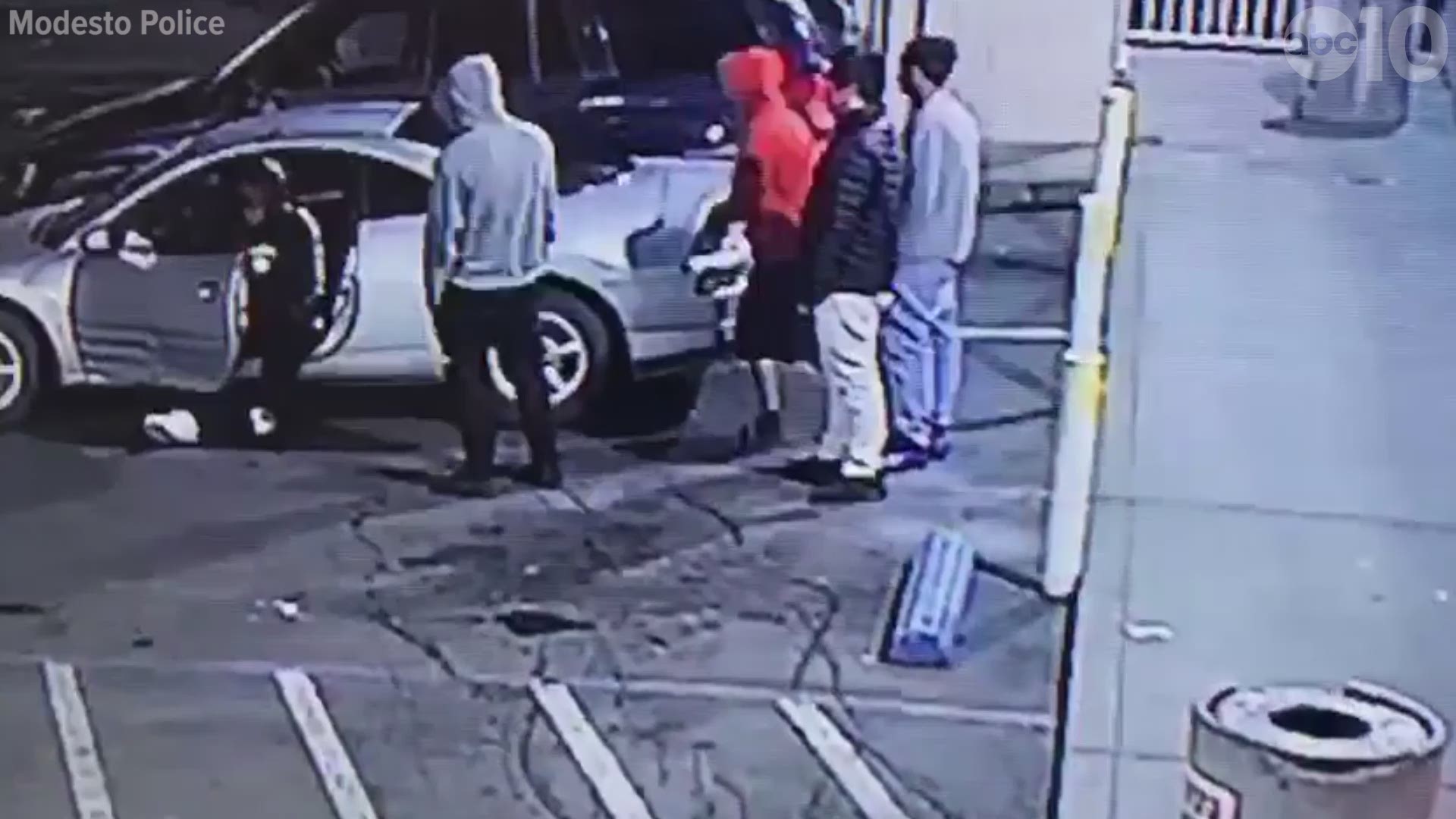 Three of the five suspects were identified as Soben Nun, a 22-year-old from Modesto, and Stockton's Matthew Phommasinh, 22, and Chan Visna That, 25. Two of the others arrested were teenagers.

The video shows four people surrounding a car at an AM/PM gas station on 5th and I streets early Thursday morning. While the victim was sitting in his car talking to one of the suspects, another person punches the victim in the face, the video appears to show.

Two of the suspects pulled the man out of his car, then later drove away in blue SUV. The victim was hospitalized for major injuries.

That was the second of two incidents in which the suspects were involved, police officials said.

The Modesto Police Department said the same group allegedly assaulted then robbed two people in the area of Maze Boulevard and Martin Luther King Drive. All of the suspects involved in the crime were all armed with handguns and stole cash and two backpacks, officials said.

One of the victims was hospitalized with major injuries.

Police booked four suspects on the charges of robbery, conspiracy to commit a crime and assault with a deadly weapon. Police arrested Chan That for being a felon in possession of a firearm.