Since the city opened a new homeless camp underneath the 9th Street bridge, they've decided to close Beard Brook Park to start the revitalization process of the park. 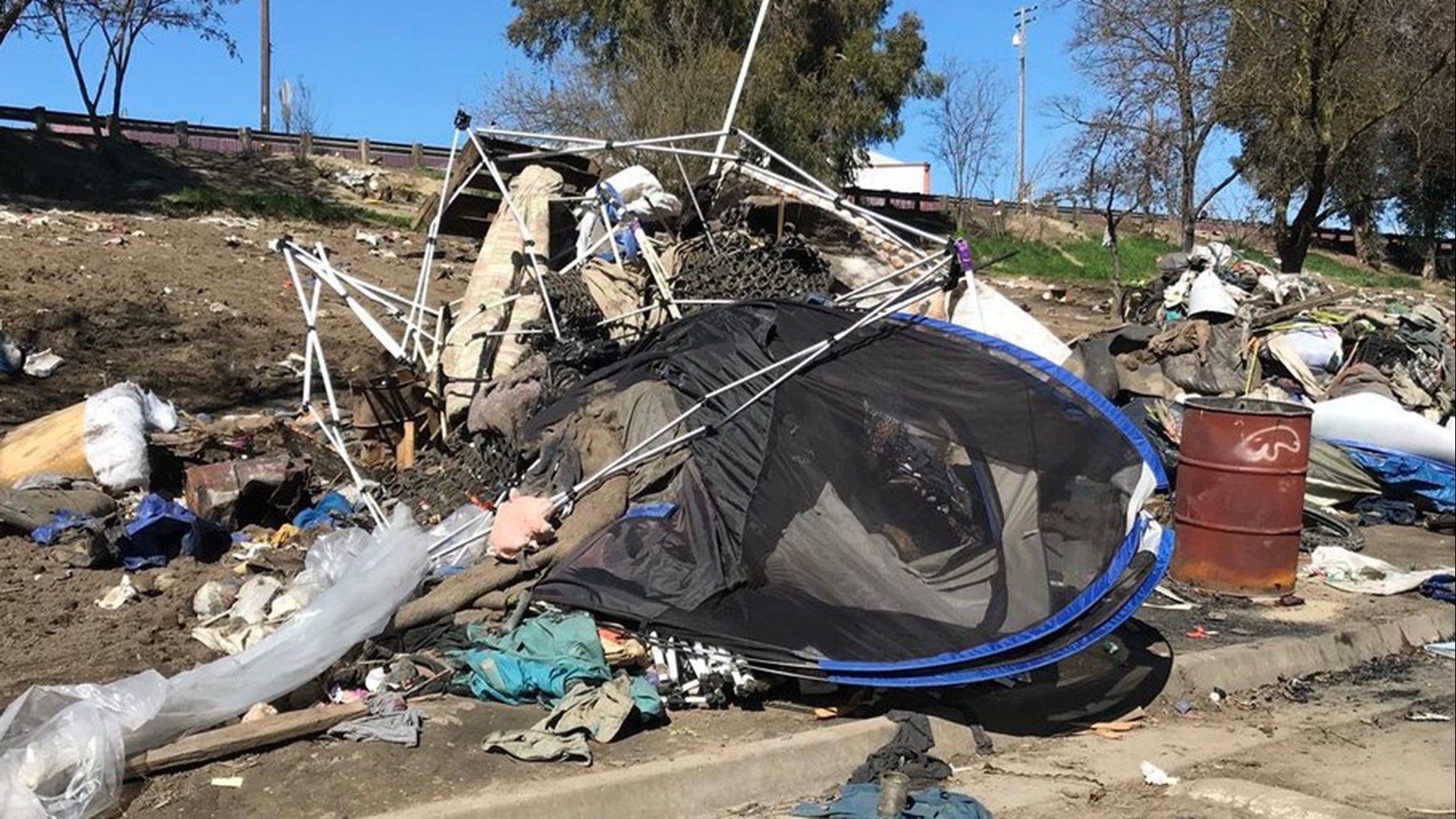 MODESTO, Calif. — Monday marked the closing day for Beard Brook Park in Modesto, an area that the city opened up to the homeless back in September. It was a place where homeless people could camp without being ticketed.

The city has since opened up a new, uniformed tent city underneath the 9th Street bridge. As a result, they have chosen to close Beard Brook Park and start the cleanup process. Leftover trash, tents, drug paraphernalia, and even feces were left behind in the park.

"Folks have left a lot of their belongings that they no longer need or want," Thomas Reeves, a spokesman for the City of Modesto said.

At one point, there were more than 400 men, women and children staying at the park, but most have moved on to the city's new, uniformed tent city underneath the 9th Street bridge.

"It's kind of hard to get everything over there, because it's only me doing it," Christen Maynard, a homeless woman leaving the park on Monday said.

On Monday, the park got fenced off and bulldozers were brought in, but some people had waited too long to get their stuff out.

"So the rest of our stuff that we came to get this morning, by the time I got here... everything's all swooped up and done, and I didn't even get to get his mom's ashes out of our tent," Maynard said.

A Ninth Circuit Court of Appeals ruling last fall said a city cannot cite for unlawful camping if there are no other shelter beds available in the city. Now, because of the tents opening, people who refuse to leave Beard Brook Park after Monday will be cited, according to the City of Modesto spokesperson

"We are providing a place underneath the 9th Street bridge currently with tents and with plots of land for folks to lay their head at night, and we believe that we have satisfied that ruling because of this location that we have allowed for," said Reeves.

The city has their work cut out for them when it comes to cleaning up the park. As of Monday afternoon, there were still quite a few tents, leftover mattresses, drug paraphernalia, and quite a bit of trash left behind.

The goal is to revitalize the park and reopen it to the public.

"We do have a great new dog park at that location," Reeves said. "We've got a ball field at the location. We've got a river at that location, so there's a lot that we want to do to bring it up to a standard that is good for recreation. But, we have to assess it first to see what has been done there at that site that we need to clean up."