For years the homeless have been illegally living in Modesto's Beard Brook Park. But because of a federal court ruling that prevents cities from prosecuting those who live in the streets, the city is now setting aside the park in an industrial area as a temporary fix to give the homeless a place to stay. 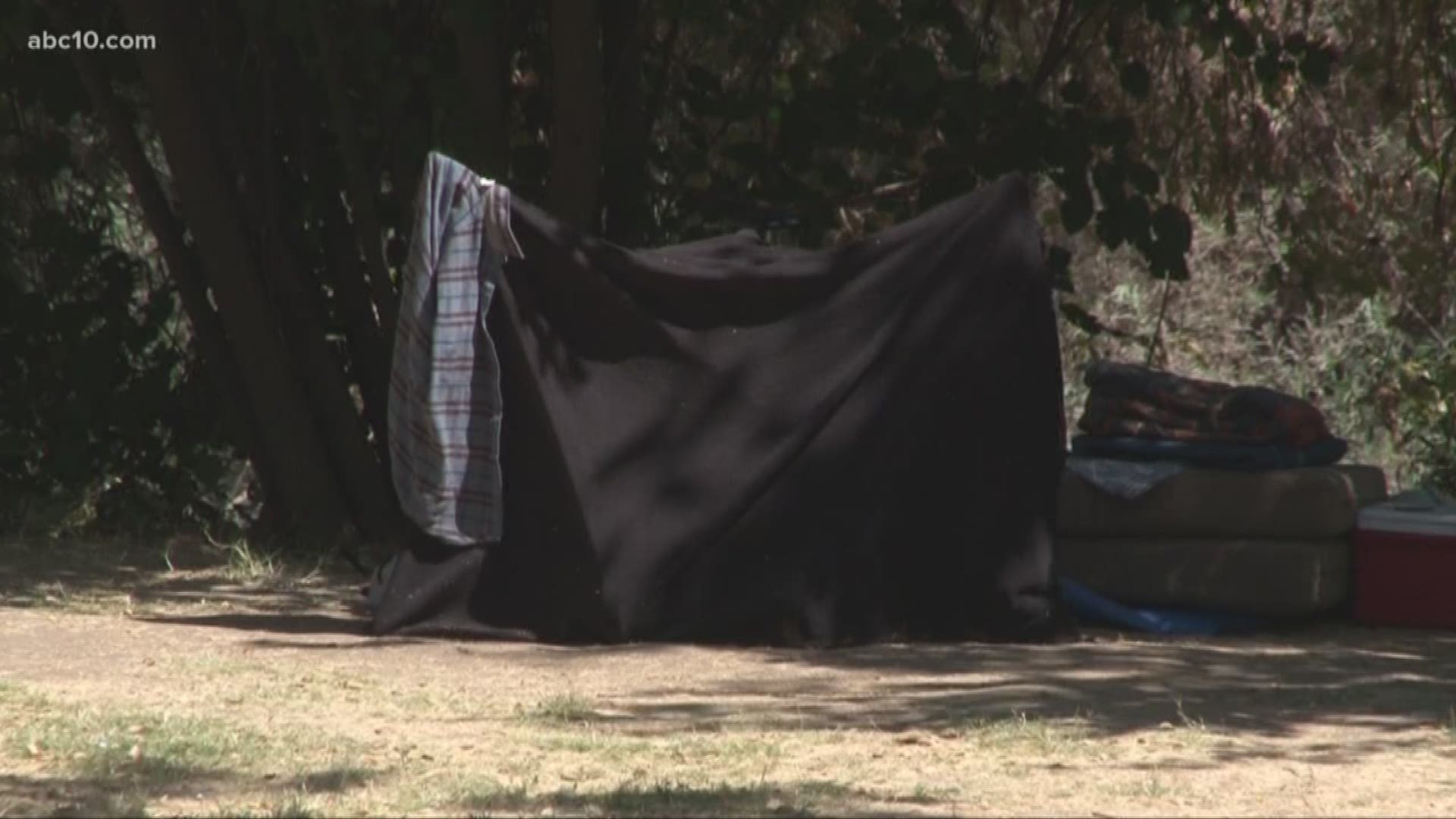 What Josh House has is stored in a rollaway cart he keeps by the river.

He also has a backpack.

"Pretty much all in life that I own," he said.

For more than four years, House has lived at Beard Brook Park, illegally. But, with the federal court ruling preventing cities from prosecuting those who live in the streets, the City of Modesto has set aside the park in an industrial area as a temporary fix to give the homeless a place to stay. It's something House prefers over a shelter.

Homeless advocates say the entrance gate to the park has been closed for months. But, today it was open.

Bruce Dow of United Samaritans of Turlock was getting a head count at the park, anticipating providing lunches to the homeless that will return here.

"I mean, it's good. It's just weird because they were focusing so much on driving them out...to just open up all of a sudden," said Dow.

The City of Modesto says, worst case scenario, the park will be open to the homeless for a month. The city is working to provide them with water and restroom facilities. Right now, they say it's a fluid situation.

"We have a team of people in place that are reviewing all of the needs at that location, so that we can offer services to ensure that we address the needs of the homeless that are there," said Reeves.

One of those homeless is former truck driver, Gary McNeil, who has used the park off and on for eight years.

"It's a perfect spot for most of the people who are homeless down there and a good area. It's not, it's in a commercial zone. It's a good spot down there," McNeil said.

"We're not going to give up all of our parks in the city. Our chief of police has been clear about that," added Reeves.

At the same time, the city is looking at long term-housing solutions for the homeless, such as low-barrier shelters, that is, allowing people to bring in partners or pets and more. But for now, the solution is a park. And the homeless who live in it are happy about it.