Eric Norton's 'field of dreams' is one where the kids who age out of Modesto Empire's Little League still have a place to go to play ball. 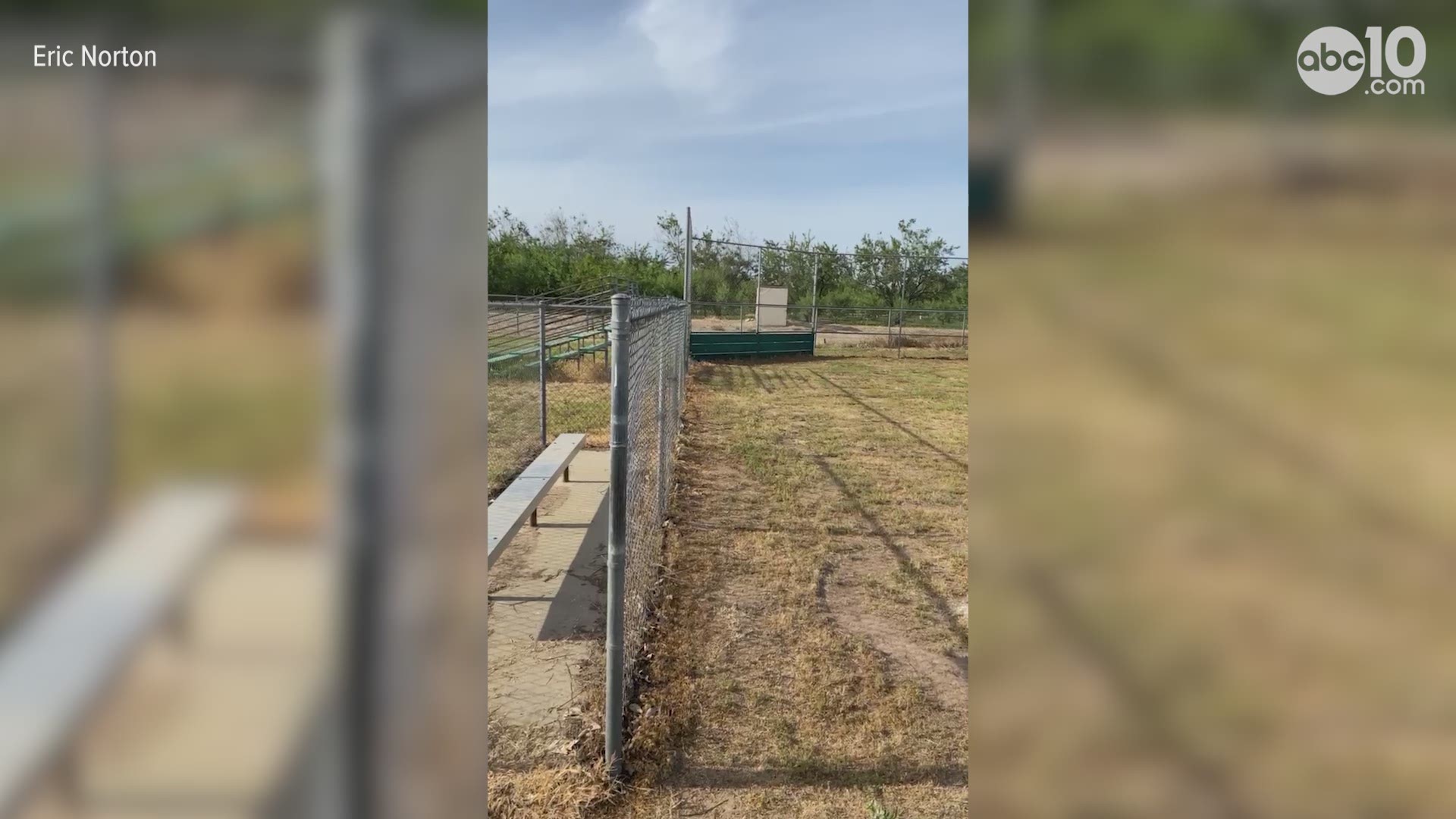 EMPIRE, California — For Eric Norton, a field of dry grass, dirt and decades-old backstops is just the first step on the way to what he calls his “field of dreams.”

Norton loves baseball, so much so that he’s the vice president of Modesto Empire Little League. He spends his time giving opportunities that let kids play the same game he grew up playing on the westside of Modesto.

The catch is that, for Norton, it might be a bit too similar. When he was growing up, a league wasn’t available for 13 to 14-year-olds. For Modesto Empire Little League, it’s the same story, but one that he’s trying to change for Empire.

“Previously, when a kid reached age 12, they had nowhere to play,” Norton said. “They were done for baseball unless they decided to play high school ball.”

With three kids on his own team aging out of the program this year, he’s started a $7,500 fundraiser to get a new field for 13 to 14-year-olds.

Some of the other costs include the field surface material, which Norton described as being what the major league ballplayers use. It keeps the dust down and makes the field safer, but it can cost around $2,000. Other costs would include bleachers for families to use and watch the games from.

That latter part would be important for people like Jonathan Franco, father of 12-year-old Nathan Cabrera who will be aging out of the program this year. He adjusts his schedule as a restaurant general manager so he can take the time to support his son and daughter at their baseball games. From the practices, games, and even the grocery shopping for snacks, it’s precious time well spent.

“It’s something that we enjoy and, as a family, it brings us a lot closer just through the sport,” Franco said.

You might see his son Nathan at the park once or twice a week practicing his swing or, if you’re playing against Nathan, he’ll be the one catching your pop-fly ball and sending you back to the dugout, just like his favorite player Buster Posey would do.

“I’ve always been a fan of baseball since I was younger,” Nathan said. “I want to become a pro one day.”

While in the league Nathan has met new people and made new friends, so to have two more years of baseball would be a definite plus.

“It would be great, because… I won’t have to wait till high school to play again,” he said.

While the wait might only be two years, his father Jonathan believes it’s an important two years for these new, or soon-to-be, teenagers.

“Missing out two years, it’s a long time. It’s a long time you can fill with something else. There’s different sports… but if that’s something you really enjoy and have passion for, they’re literally cutting you out,” Jonathan said. “Again financially, if you can’t pursue that, it’s also they’re cutting your wings. You’re literally stuck for two years not playing the game.”

He said it’s important for a community to have this outlet because it keeps kids off the streets and keeps them from getting in trouble elsewhere.

As an added bonus, the new division would give back a year that kids lost in 2020 when the pandemic canceled their season. Norton said his team had one official game last year, so the kids who aged out of the league never really got their final season.

“The kids that were 12 on those teams, they missed out. It breaks my heart, and I’m hoping those kids, now being 14, can come back and at least get one season with us next year,” Norton said.

The new field will mean a lot of work, but it's work that Norton believes is worth the while.

“I call it the field of dreams because you have to dream big in order for dreams to happen,” he said.

Anyone interested in helping Modesto Empire Little League's "Field of dreams' fundraiser can click HERE for more information on how to contribute.