The family of 29-year-old Trevor Seever, who was shot and killed by Modesto police on Dec. 29, organized a protest in Modesto on Saturday. 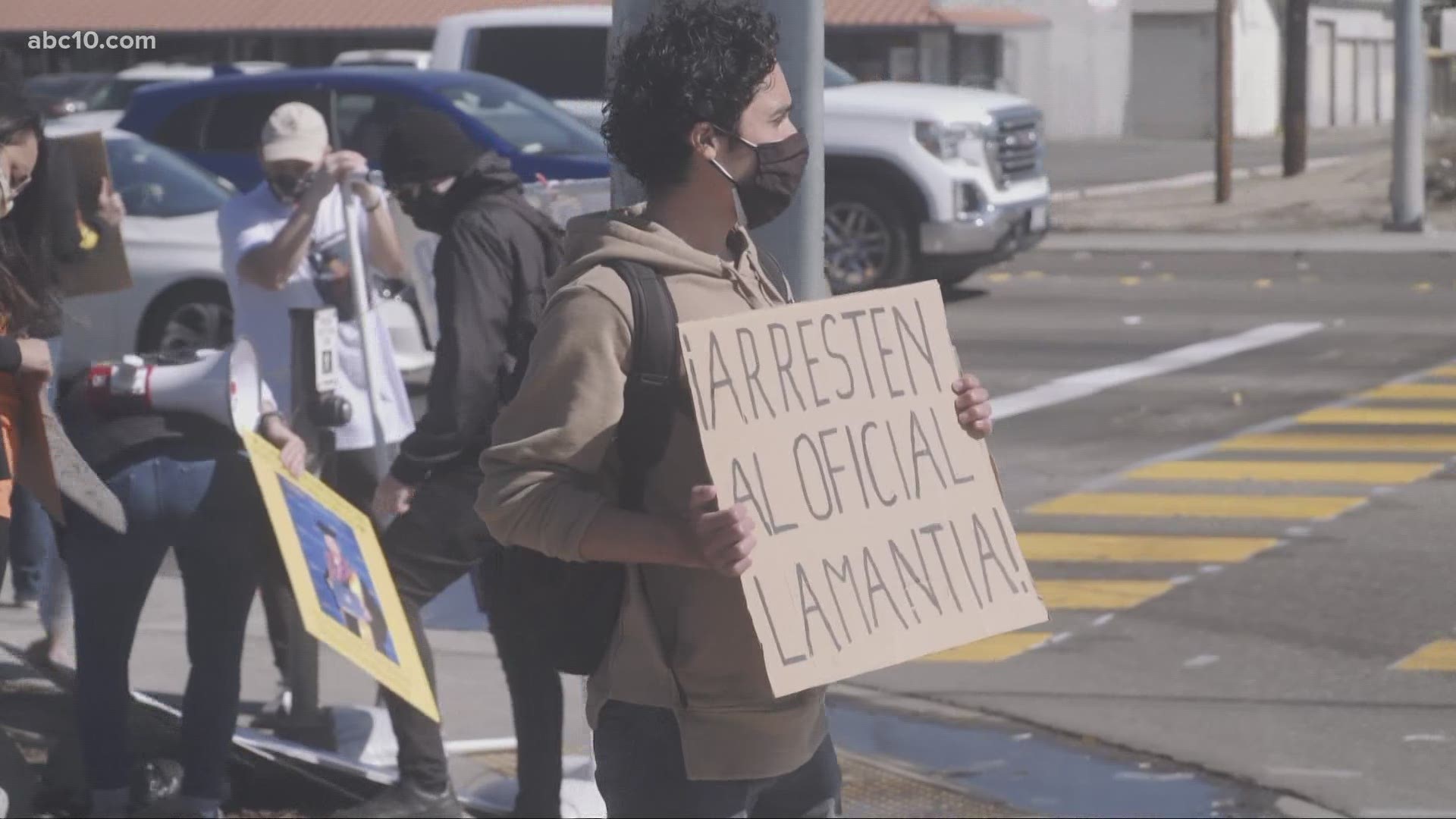 MODESTO, Calif. — The family of a 29-year-old man shot and killed by Modesto police on Dec. 29 demanding answers in the case at a protest on Saturday.

Police said Seever's family reported he was sending threatening text messages to his family, saying, "just watch what happens to you" and that he was on his way to their home. Officers didn't find a gun while searching Seever.

"It's not fair that our life, we have to go on without him," Ruiz said. "We spend every day at a cemetery and it's just not right."

Modesto police released a body cam video showing a police officer arriving at the scene on Woodland and Rosemore Avenues.

The officer is running towards someone, shouting "Get on the ground!" before firing at least four times. While screaming orders at Seever to put his hands in the air, the officer fired three more times. Seever's screams could be heard after the third shot.

Police knew of Seever after learning he posted on social media that "a good cop is a dead cop." Officers were given pamphlets of the social media posts before arriving at the scene.

Stanislaus County District Attorney's office is conducting an independent review of the case.