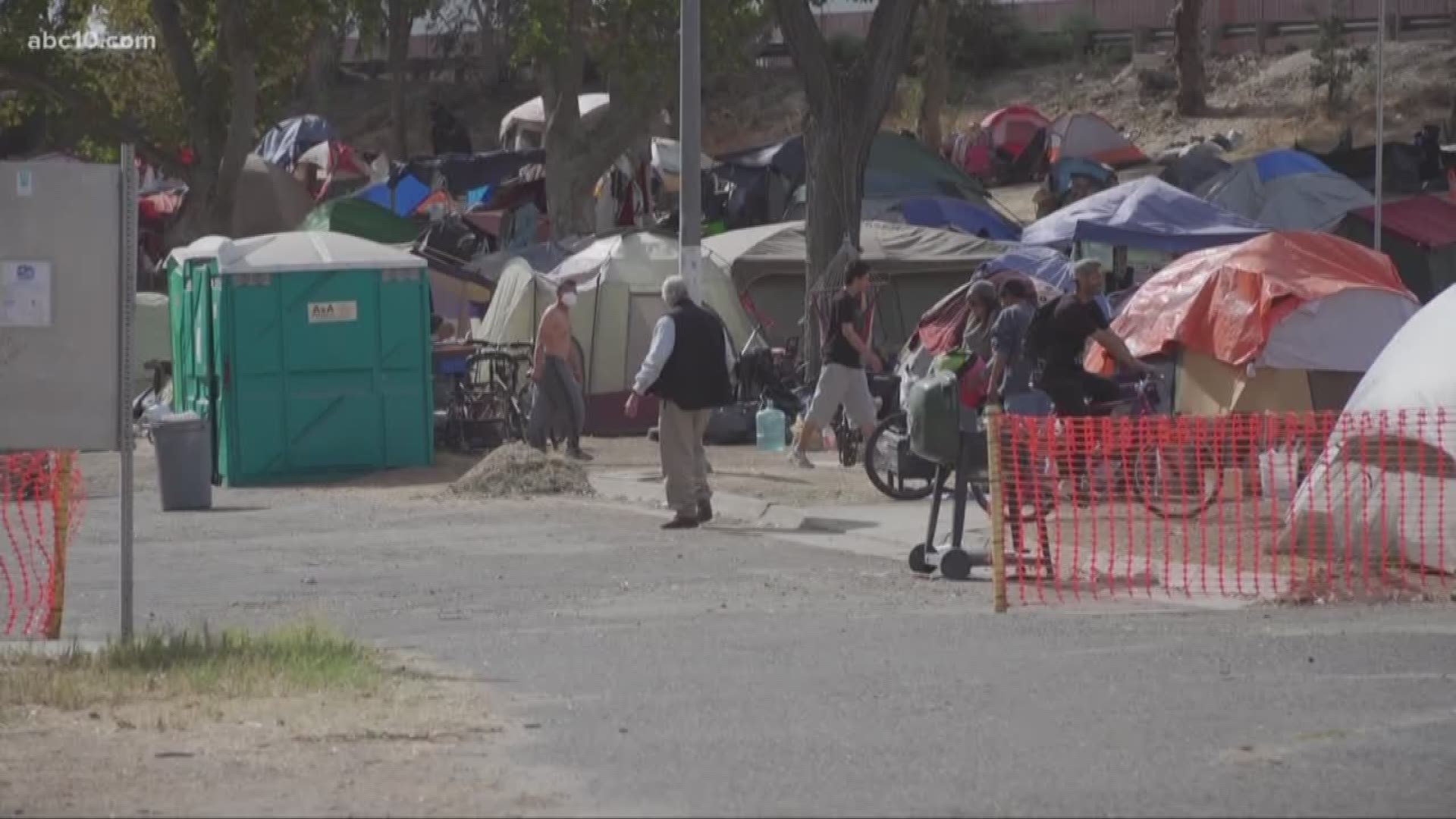 MODESTO, Calif. - Long before it was made legal, the homeless community was prevalent in Modesto's Beard Brook Park.

In September a Federal Ninth Circuit Court ruling made it illegal for cities to prosecute people who live in the streets. As a result, Modesto city officials decided to make the park a temporary solution to the housing issue.

The homeless population continued to rise after the decision, and now more than 400 people, including 17 children, are living at the park.

The City is now saying that, despite significant benefits to the homeless population, this is a short-term plan that must be restructured because of what is now developing.

Calls for police and fire services have gradually increased at the park and the current camping area is on a slope that is subject to rain runoff, according to a release from the City.

What is the solution?

The new location is larger and flatter, which should solve the slope issue that residents face at Beard Brook.

Here is what will change

If the recommendation is approved, the relocation would be supported with weather-proof uniformed tents, additional support from Turning Point to manage the area as a shelter, outreach and engagement services from the County, and the development of fundraising strategies for continuous support for the homeless community.

Again, the goal for the outdoor location at the park to serve as a temporary alternative to the “qualified” (according to the Ninth Circuit Court ruling) – or high access – shelters that are being explored by the City and the County.

The park is also mean to serve as support the County and homeless service providers in identifying each individual to assess their situation and provide daily case management services to help break the homelessness cycle.

On Monday, Dec. 10 the Tuolumne River Regional Park Joint Powers Authority and County of Stanislaus will meet with the cities of Modesto and Ceres to decide on whether to authorize the move.

In addition, the County will enter into a $500,000 agreement with Turning Point for a six-month period to provide the following services to the homeless community:

The County expects to enter the agreement in December and support for relocation from Beard Brook Park to begin in January. The full services listed above are also expected to begin at that time.

The Homeless Emergency Aid Program (HEAP) is a $500 million block grant (SB 850 in 2018) designed to provide direct assistance to cities, counties, and Continuums of Care to address the homelessness crisis throughout California.

However, to obtain the HEAP funding, the City is required to declare a "shelter crisis." the Modesto City Council will consider doing this at the Dec. 11 Council meeting.

The City of Modesto acknowledges that a transition from homeless will take more than government assistance. The United Way will accept monetary donations from the community to provide basic supplies. Turning Point will establish a donation process for other physical donations as needed.