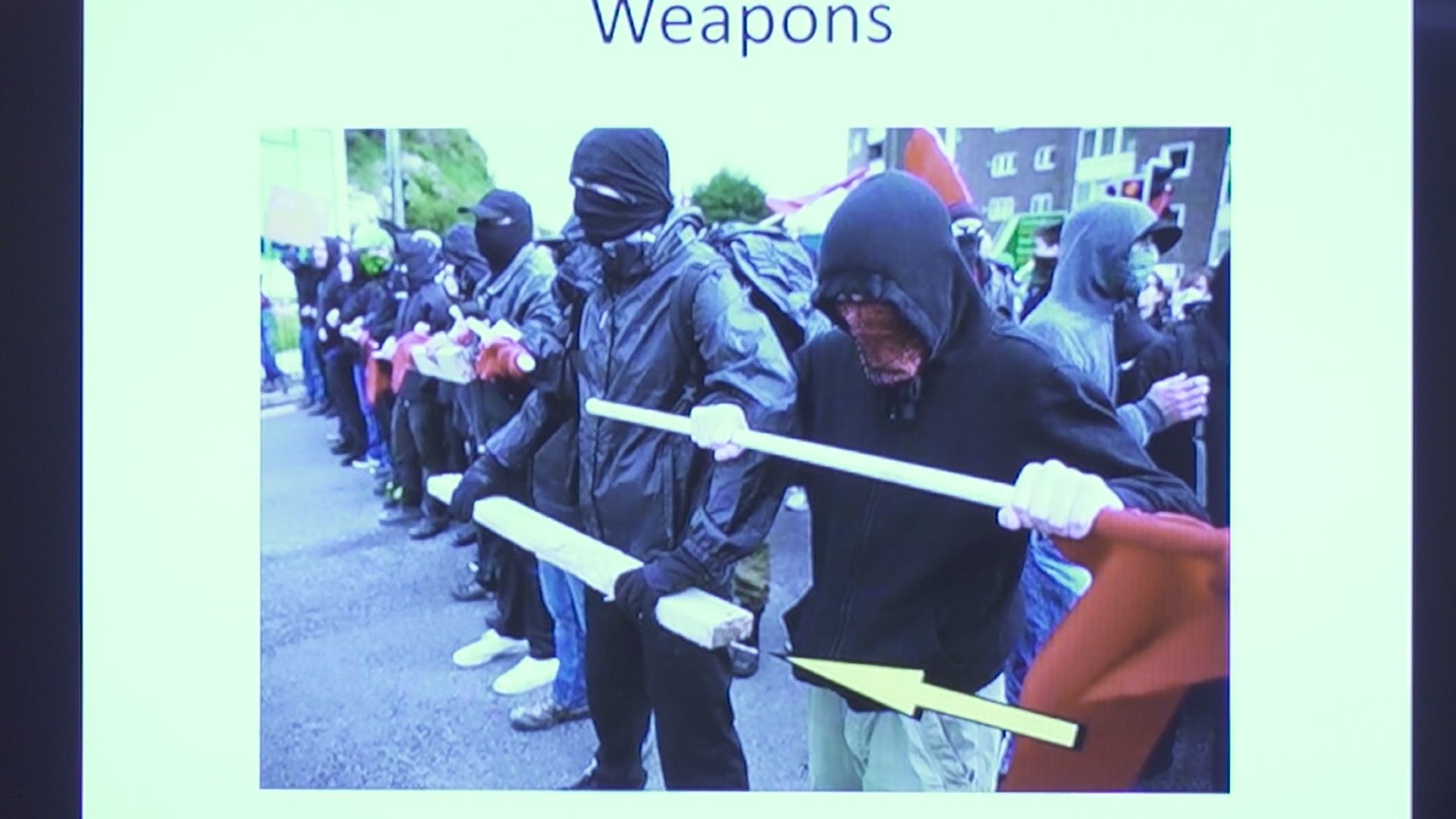 MODESTO, Calif. — The controversial "Straight Pride" event one group wants to host in Modesto on August 24 has hit a roadblock. The group failed to meet the city's deadline of 5 p.m. Tuesday to show proof of liability insurance, which is required for any group wanting to hold a big event like that on city property.

"Straight Pride" co-organizer Don Grundmann, a Bay Area chiropractor, tells ABC10 that they'll have their event in Modesto on August 24 whether the city is involved or not.

RELATED: 'This event will go on' | Modesto 'Straight Pride' organizers plan to continue with event

Technically, a city spokesperson said, the group can reapply for permission to hold their event on city property. It's unclear whether the group plans on doing that— or moving their event to a private venue.

The possibility of the event has sparked outrage and outcry, as some people claim the group organizing it – Grundmann’s National Straight Pride Coalition – espouses hate against the LGBTQ+ community and promotes ideas consistent with white nationalism, a charge Grundmann and co-organizer Mylinda Mason – a Modesto resident – deny.

The boiling tensions have caused the city concern that violent protesters from outside of Modesto could show up on both sides. That prompted them to propose two items addressed at Tuesday’s City Council meeting.

First, the council discussed – and ultimately passed, with slight amendments – a resolution denouncing hatred and violence and embracing inclusion and diversity.

"If it's just going to be a feel-good document and we all feel good about it and it doesn't address all people, I will have a problem with that,” he said, “and I will come back to this council later on regarding that. I think this document needs some work."

Also at Tuesday’s meeting, council members discussed an ordinance that would ban from protests items that could be weaponized— like glass bottles and baseball bats.

"Perfect example of weapons, if you look at the guy in the front row. Again, he's masked up. That's a 2x4 with nails sticking out of the end of it,” Modesto Police Chief Galen Carroll described to Council, referring to a photo of masked protesters. “We're trying to prevent Modesto from becoming this right here."
"I want no part of this in our community,” Councilmember Kristi Ah You told Chief Carroll, looking at a photo of violent protesters squaring off. “I'm going to support you in any way I can in avoiding this type of nonsense. It's just not okay."

The Police chief spoke to the concerns some community members have, about whether this ordinance will infringe upon Second Amendment gun rights.

"It has absolutely nothing to do with CCWs or the Second Amendment and was never intended to,” Carroll said. “This is strictly based on protests or counter-protests with the potential for violence.”

Events this ordinance does not apply to include holiday parades, MoBand, Farmer’s Market, and peaceful labor strikes, Carroll said.

“So, what is this intended to cover?” Carroll said. “Quite honestly, it's the rallies and protests that we've seen throughout the nation...where you have masked individuals showing up with weapons."

In response to the proposed ‘Straight Pride’, one local group is hosting a positive-focused open-mic event this Saturday, Aug. 18. It’s called Modesto Stands Against Hate: Sunday Share and Sing.

“In light of our communities reaction to recent threatening issues, we want to provide an evening where sharing can happen,” the event poster says. “Modesto is a loving and creative community.”