The Modesto Police Department said that it received multiple 911 calls about bicyclists taking over all lanes on streets, not stopping at stop signs or stop lights 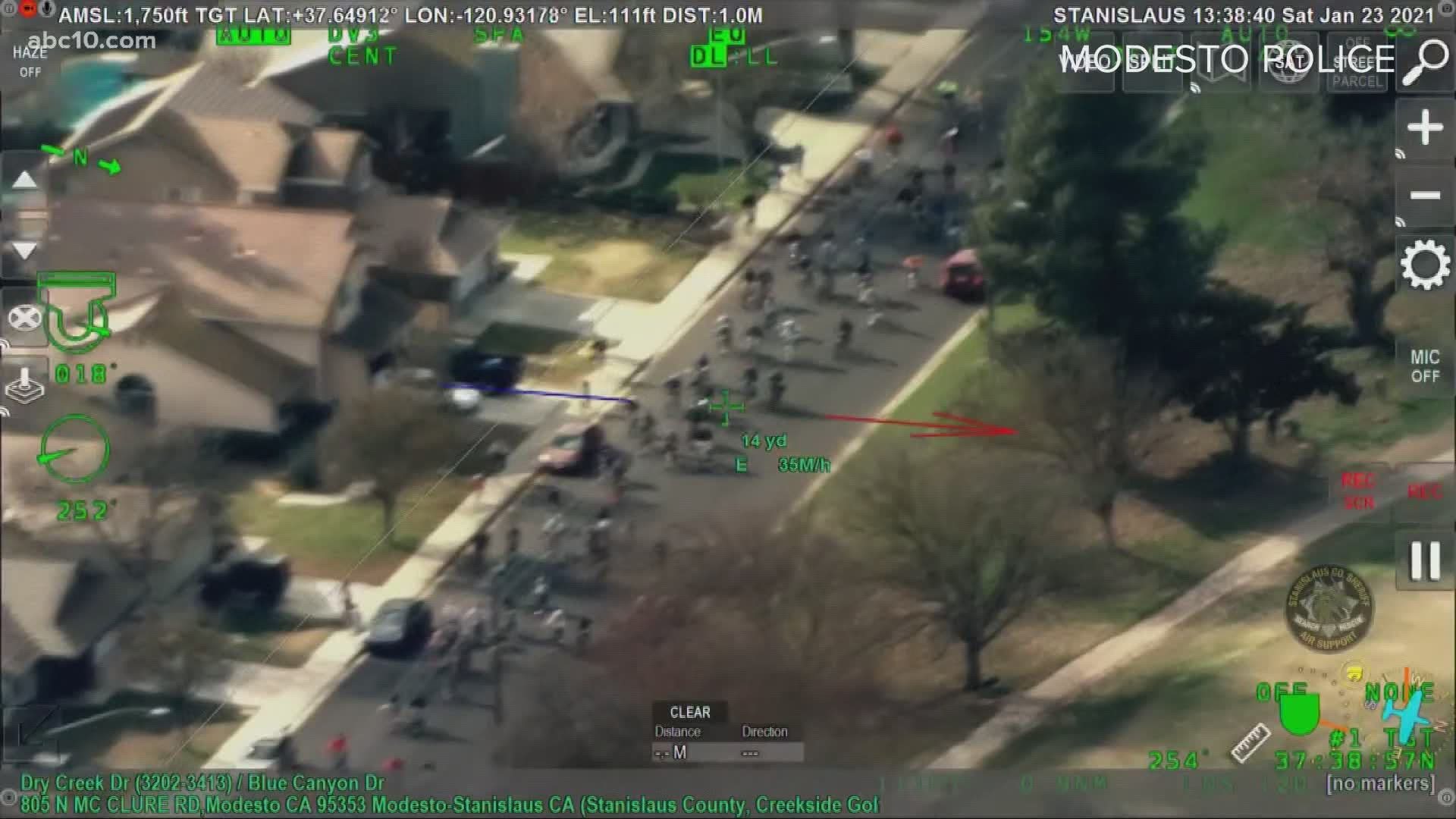 MODESTO, Calif. — Modesto Police arrested multiple people and impounded 19 bicycles after bicyclists failed to follow road safety laws on Saturday. A group of about 300 bike riders gathered in a park to ride around the city on Saturday, according to police.

Modesto Police said that over the past year, people that participate in these rides "fail to follow the law, rules of the roadway and common courtesy, which is very unsafe for the public" and that they received multiple 911 calls about these bike riders not stopping for stop signs or traffic lights, taking over all lanes on streets, blocking cars on the road and not wearing helmets.

Police said in a Facebook post that they made attempts to contact organizers of this bike group over the past year to find "a collaborative solution to these group rides," but leadership with the bike group did not want to work with them.

When Modesto Police found out about this ride on Saturday, officers went to the meeting place to pass out helmets and talk about road safety with the group. Soon after the group of nearly 300 riders left the park, Modesto Police said they were getting 911 calls about the bikers not following road safety laws.

Watch the aerial video of the group of bike riders:

"The Modesto Police Department fully supports wholesome outdoor activities, including bicycle riding if those participating do so in a safe and lawful manner," Modesto Police said in their Facebook post. "The continual disregard for public safety will not be tolerated."

The Modesto Police Department said they hope members of this group will work with them to have "a meaningful conversation" about their rides.