It’s an operation that will greatly affect the city’s homeless population who used the abandoned carts to carry their belongings. Those with carts will get cited. 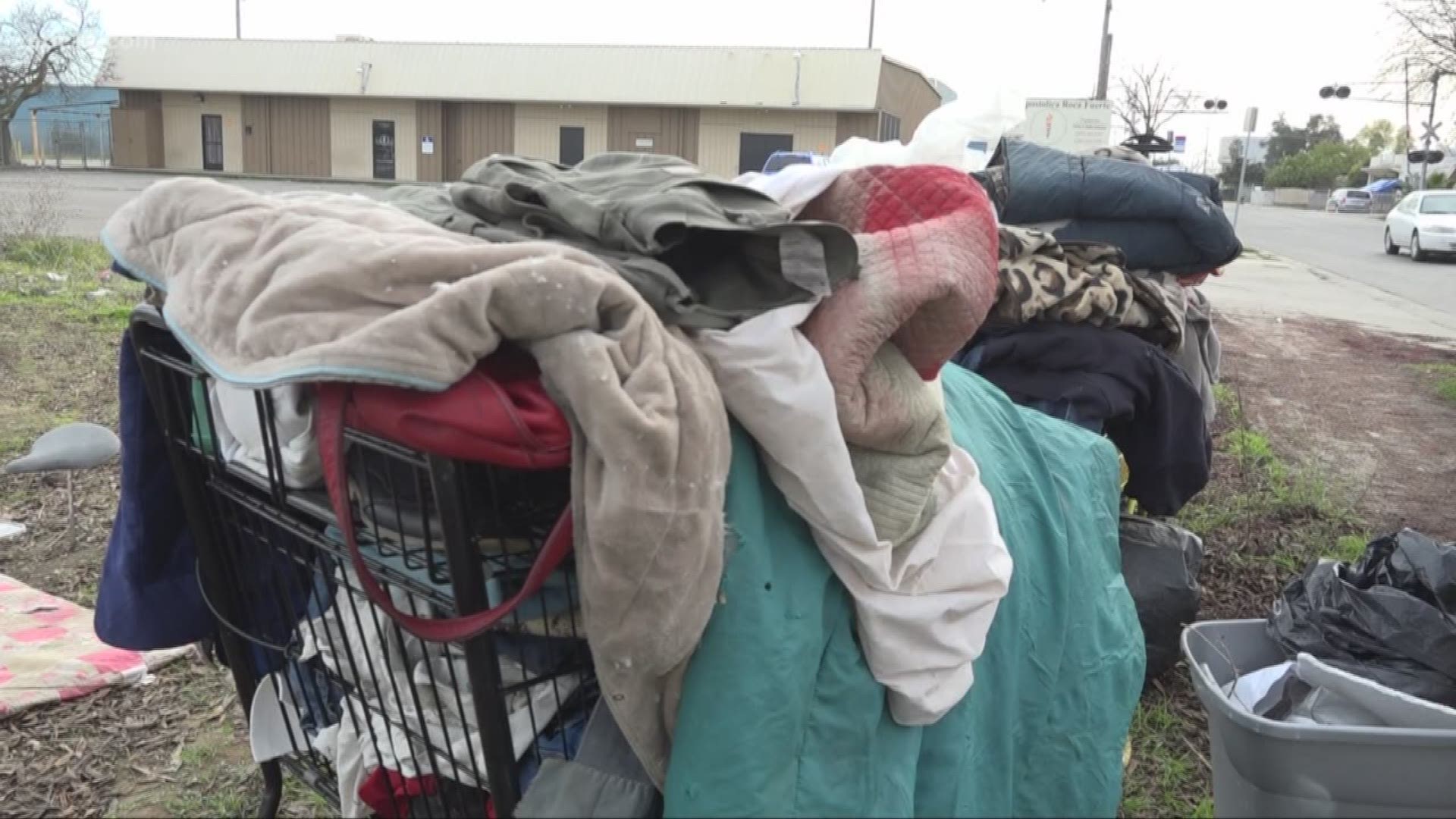 MODESTO, Calif — Shopping carts have long been used as makeshift storage units on wheels for people experiencing homelessness across the country. But that could soon change in Modesto as police begin a new program to crackdown on misused shopping carts being left around the city.

Modesto police said it is all part of an effort to clean up the city, starting with a shopping cart sweep, the first of which they held Wednesday.

"This shopping cart round up is being done to help remove visual blight from the city and to remove the hazards caused by abandoned shopping carts to those who live in and visit [Modesto]," the Modesto Police Department wrote in a Facebook post.

As part of the operation launched, anyone using shopping carts outside of a store’s premises will be issued a citation and the cart will be seized. People will be offered a burlap sack to put their belongings in instead, as well as reflective vests and information on services for people affected by homelessness, police said.

It’s an operation that will greatly affect the city’s homeless population who used the abandoned carts to carry their belongings.

"If they come by and ask for them, I'm going to give them to them like always,” said one homeless man who didn't want to be identified. “And you know what? I'm going to be stuck holding a bunch of stuff that I can't do nothing with."

The man told ABC10 that he's been using abandoned shopping carts he found in an alley nearby to tote around his few belongings after his trailer was stolen about a month and a half ago.

Modesto police said they are just enforcing city code, which makes it illegal to be in possession of a shopping cart that has been removed from the business it belongs to.

Those cited for having carts will have to pay a $100 citation for the first violation, $250 for a second within 12 months, and $500 for any subsequent citation within that same period.

William Stewart lives near a park where abandoned carts were reported through the app, and he said nearly a dozen carts have shown up on his property in the last year.

Stewart said he likes the idea of the sweep program.

"The merchants have money invested in those shopping carts, those are not people's personal property, they belong to that business," Stewart said. "When people fill them up with garbage — whatever they have in them — and then they abandon them, that leaves that mess for somebody else and [it’s] not their responsibility."

Tim Diggins, who is also experiencing homelessness in Modesto, said he has been able to avoid citations by using a bike with mini cart attached to it instead of a shopping cart.

"I know everybody needs something to hold their clothes and their blankets and pillows, because it's really hard to walk down the street with all of this stuff on their back," Diggins said. "And I know that people need stuff like that, but shopping carts are not the way."