Modesto police shot a man suspected of a double homicide. 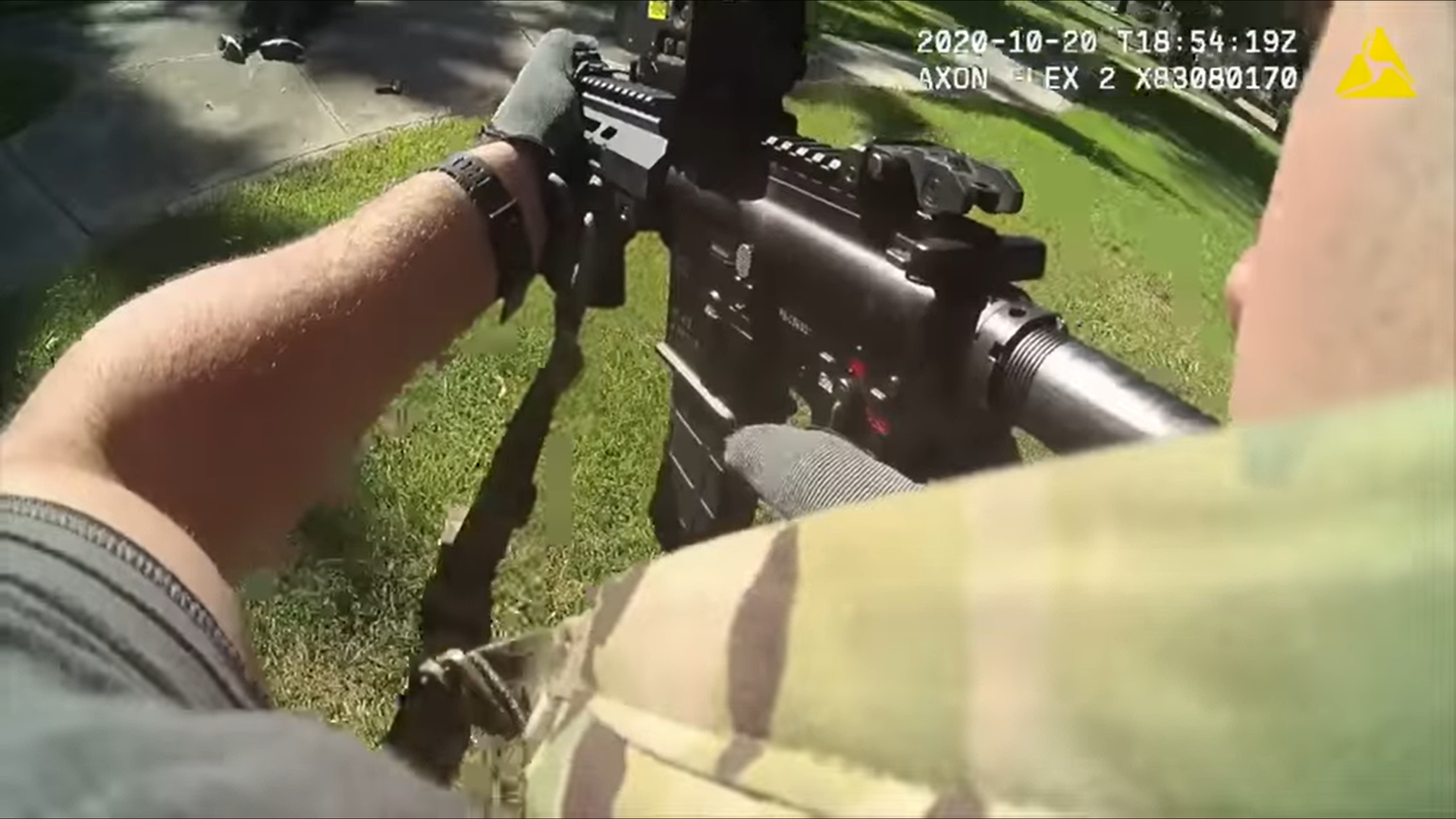 STOCKTON, Calif. — The Modesto Police Department released body camera videos related to an incident where four officers shot a suspect in a double-homicide case in Stockton.

With an arrest warrant, officers tracked David Cummings at Sherwood Park in Stockton near the intersection of Sherwood Way and Canterbury Drive.

Modesto police suspected Cummings was the person who shot and killed two people and injured a third person on Oct. 17 near the intersection of Semple Street and Jones Street in Modesto.

"Immediately after the shooting, life-saving measures were taken by the officers to ensure that Cummings [would] get to the hospital and eventually face the justice system for his crimes," Modesto Police Chief Galen Carroll said.

Warning: This video includes images from police bodycam footage, which some may find disturbing.

Cummings was shot multiple times and is still in the hospital. He is expected to survive, Bear said.

Carroll said the gun Cummings held when running from officers in Sherwood Park matched the gun involved in the fatal shootings on Oct. 17.

ABC10 asked attorney and former prosecutor, Stewart Katz, to review the video. He is not connected to the investigation.

Katz said in general, shooting at a fleeing suspect could open the door for a civil suit against police, but after watching the video multiple times, he said there's a possibility the suspect brandished a weapon at contact. It's unclear.

"With the one bodycam, it's inconclusive. I mean, clearly, he's shot in the back as he's running away," Katz said. "I think if the officer fired a second and a half earlier, it would be a lot clearer. I think shooting when someone is consistently running away, that's sort of a much iffier situation."

Katz said other body cameras from the officer on scene, radio traffic, and what information the officers had prior to the incident would offer a better picture for investigators.

Hector Alvarez, a former police officer and active shooter instructor, also reviewed the footage multiple times. Alvarez said his immediate takeaway was that the officers were professional in their takedown of a known, violent suspect.

"It was as professional as it could get," Alvarez said.

Alvarez said with an armed person running away, it is still possible for that person to aim their weapon or fire at officers. Alvarez noted that officers immediately counted down their approach to the subject and ran up with a first-aid kit after the shooting.

However, Katz said rendering aid to the suspect doesn't answer whether or not the shooting was justified. He said that is up to investigators to determine.