As the city prepares to close their outdoor emergency shelter, people are busy packing up their tents and getting ready to move. 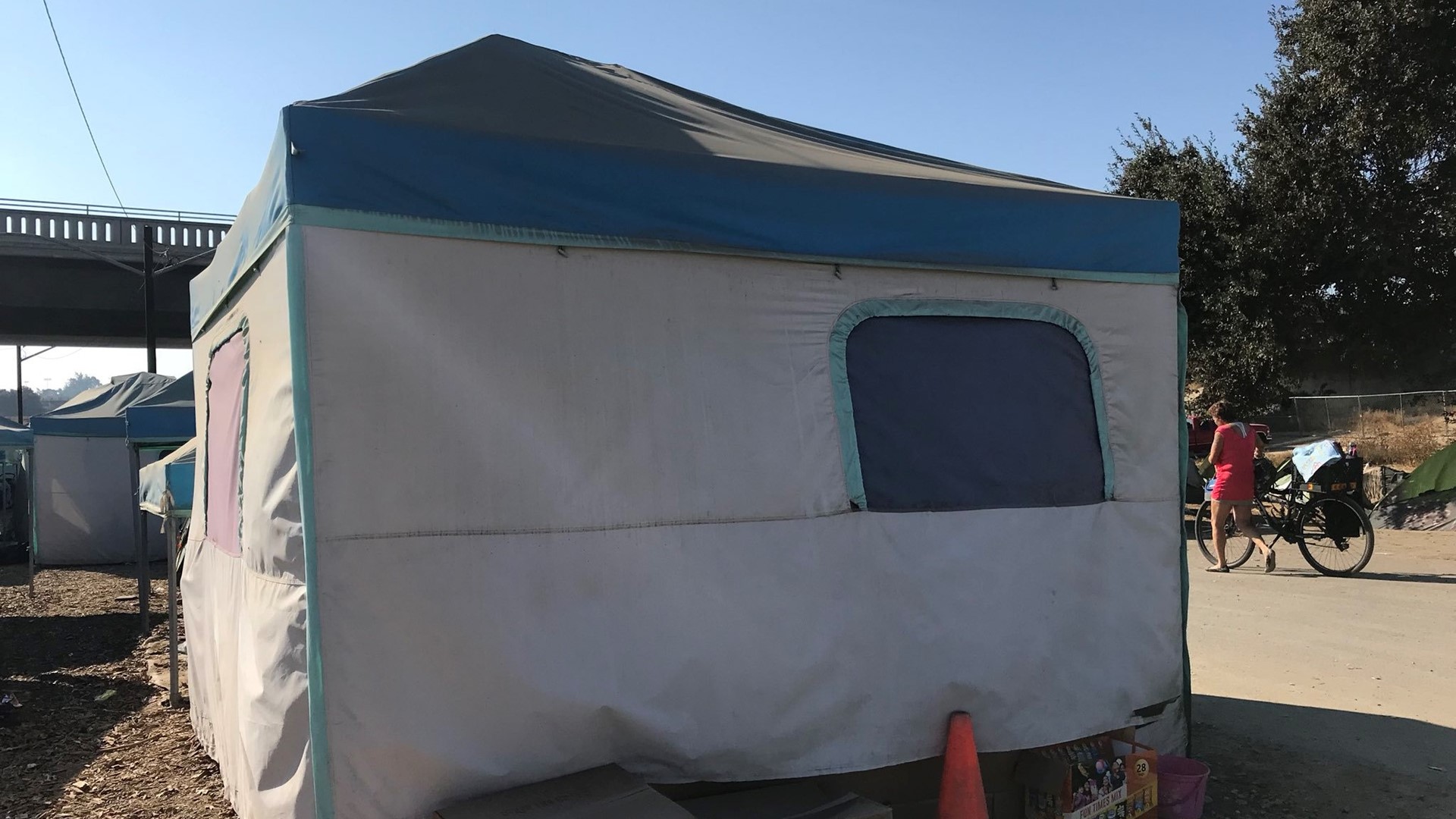 MODESTO, Calif. — Modesto's Outdoor Emergency Shelter (MOES) underneath the 9th Street bridge is closing by the end of the year.

Starting sometime next week, the city and county will begin moving people from tents into one of their new shelters.

On Sunday, people staying at MOES were busy cleaning and packing up what they can as they prepare to make the transition to move from this location to a new indoor emergency shelter next week.

"I'm actually cleaning out my tent and going through stuff and packing it up for when I do move," said Holly Ercolini. "You take what you need in little bits of what you want or what you can carry up there."

Ercolini is packing up her tent to get ready to move into Stanislaus County's new 182-bed shelter next week.

"I think the part I like the most about this is because I have a fiancé and if we weren't able to be anywhere near each other, I wouldn't even consider going. But they're having a couple's area where one can be on the top, one can be on the bottom," Ercolini told ABC10.

"I really don't want to leave to tell you the truth," said Mary Andrus.

Others have grown to love the sense of community and freedom created in MOES.

"I don't think people really like it, you know you like your own independence, your own little house. It's much better than living with a bunch of people," Andrus said.

ABC10 was told members of the Downtown Streets Team will get to move in first, before the elderly and disabled.

"[I am] a little nervous and a little lost," Andrus said.

From there, it's unclear how they're deciding who gets to move in next and when it all begins as the county waits for the Salvation Army to sign off on some legal agreements.

"A lot of pet owners are not going because of the fact that it's one owner, one dog," Ercolini said.

There are around 450 people who lived in the outdoor shelter and with only 182 beds in the new indoor shelter, the county has come up with other backup options, like adding more beds to the original Salvation Army and leasing the Rodeway Inn Motel for homeless families. Officials have also purchased the Budget Inn and Suites on Kansas Avenue with room for 200 more people.

"I don't have a whole lot in here for a reason. The reason is, this is temporary," Mike Figveria said positively.

The city of Modesto is expected to remove all tents and restore the property underneath the 9th Street Bridge to how it was. They will then turn it back over to the Tuolumne River Regional Park by the end of this year.