Planners say it's an effort to bring affordable housing to retail and restaurant workers and more who make slightly too much for traditional subsidized housing. 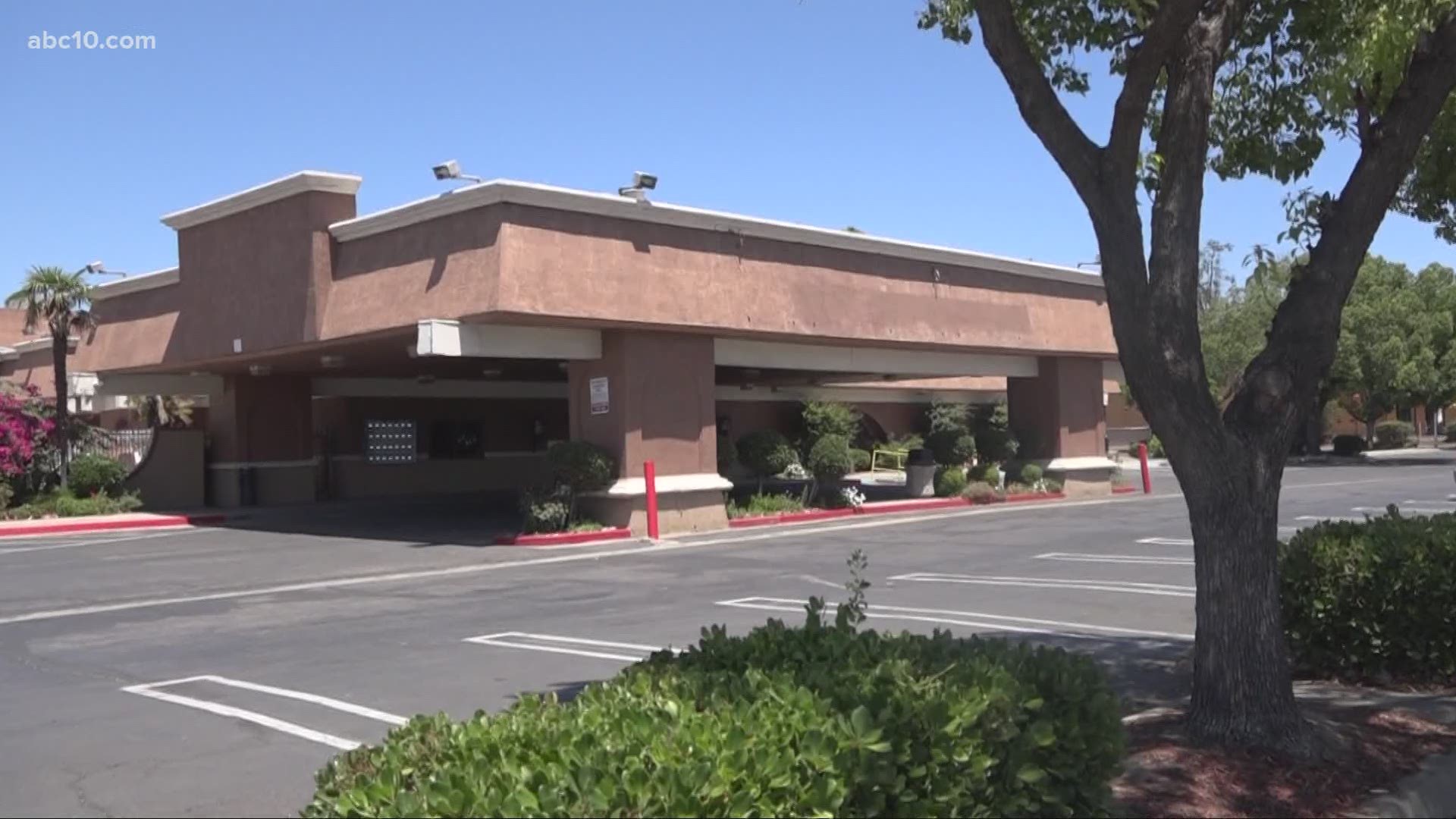 MODESTO, Calif. — The Stanislaus Regional Housing Authority pulled a rare move that will let them bring 150 new apartments to Modesto for entry-level workers, like retail and restaurant workers.

The project is called "The 1612" and it's born out of the now shuttered Clarion Inn on Sisk Road in Modesto. The project gets its name from the address of the former hotel.

"The 1612 is workforce housing that typically runs between 80% to 140% of area median income. A lot of times it's your entry level worker, your retail worker, your nurses' aid, people who work in eateries, (and) all walks of life," said Barbara Kauss, CEO and executive director for the housing authority.

Kauss said the workforce housing project is addressing an issue in the area where entry-level workers make slightly too much for subsidized housing but still struggle to rent in the marketplace.

She said the shortage of studio apartments and affordable housing tend to impact people who are just starting out and wanting to live alone.

"One population that we knew there was a great need for that we haven't touched yet was our population who’s predominantly single, sometimes a couple, and who’s an entry-level worker who’s a bit above income levels for qualifying for subsidized housing," Kauss said.

The renovated hotel will provide 150 apartment units, translating to 142 studios and eight one-bedroom apartments. The studios will be around 300 square feet and cost about $850, a price that includes WiFi, utilities, and cable.

Details are being worked discussed for the one-bedroom units, but Kauss said it could be at $1,000 or less.

Other features include a washer/dryer unit for the apartment, kitchenette, microwave, sink, and a "Murphy bed," which is a bed that folds up into the wall to provide more space.

1 / 10
Mary Ramirez
Photos of the current interior of the Clarion Inn in Modesto. The hotel will be transformed into administrative offices and affordable housing.

"Every apartment has a little space for all the things that you need to do in life, and that’s what the apartments will look like," said Kauss.

It's ambitious vision that doesn't stop at apartments. Kauss said the goal is to get an entire campus up and running with two pools, conference rooms, and micro-businesses.

"We're really hoping for a campus of activity that not only serves our workforce housing and our folks who are living there but also the surrounding community," she said.

In terms of a timeline, Kauss said these apartments could be ready by the end of 2021. With so many pieces coming together and the issues to address, it actually begs the question as to why they waited so long to do this project.

In short, the plan was a rare opportunity in an entirely unprecedented time. The CARES Act actually gave them a chance to jump-start the project. It opened up access to restricted funds that the housing authority used to buy a new property for their administrative office.

Using some maneuvering, they bought the Clarion Inn property and separated it, splitting it into an administrative office and affordable housing. The administrative portion is paid for with their restricted funds and the housing is subsidized by a loan from F&M bank. The lower rent prices get offset by the two separate funding sources.

The project carried weekly meetings with lawyers and about 25 representatives from the Department of Housing and Urban Development.

"We started out and we got a lot of no's at first, and we got an assist from Congressman [Josh] Harder (D-10) and Congressman [Tom] McClintock to get us to the right people at HUD," Kauss said.

"The best way to solve the lack of affordable housing is building more affordable housing – it's really that simple," said Harder in a news release statement. "Thanks to the great work of the Stanislaus Regional Housing Authority, 150 more families in our community will have a safe place to call their own. I was glad to do my part and pressure federal bureaucrats to allow the housing authority to use federal funding to get this important project built."

Putting together the project was not easy, but, for Kauss and her team, bringing a safe work environment for their workers and more housing to the community was well worth the effort.

"This was a tough project and it was tough but it was puzzle that we were determined to make happen," Kauss said.