The Awesome Spot Playground has hit a major milestone in fundraising, reaching their halfway point of more than $1 million to build a playground for kids of all abilities. 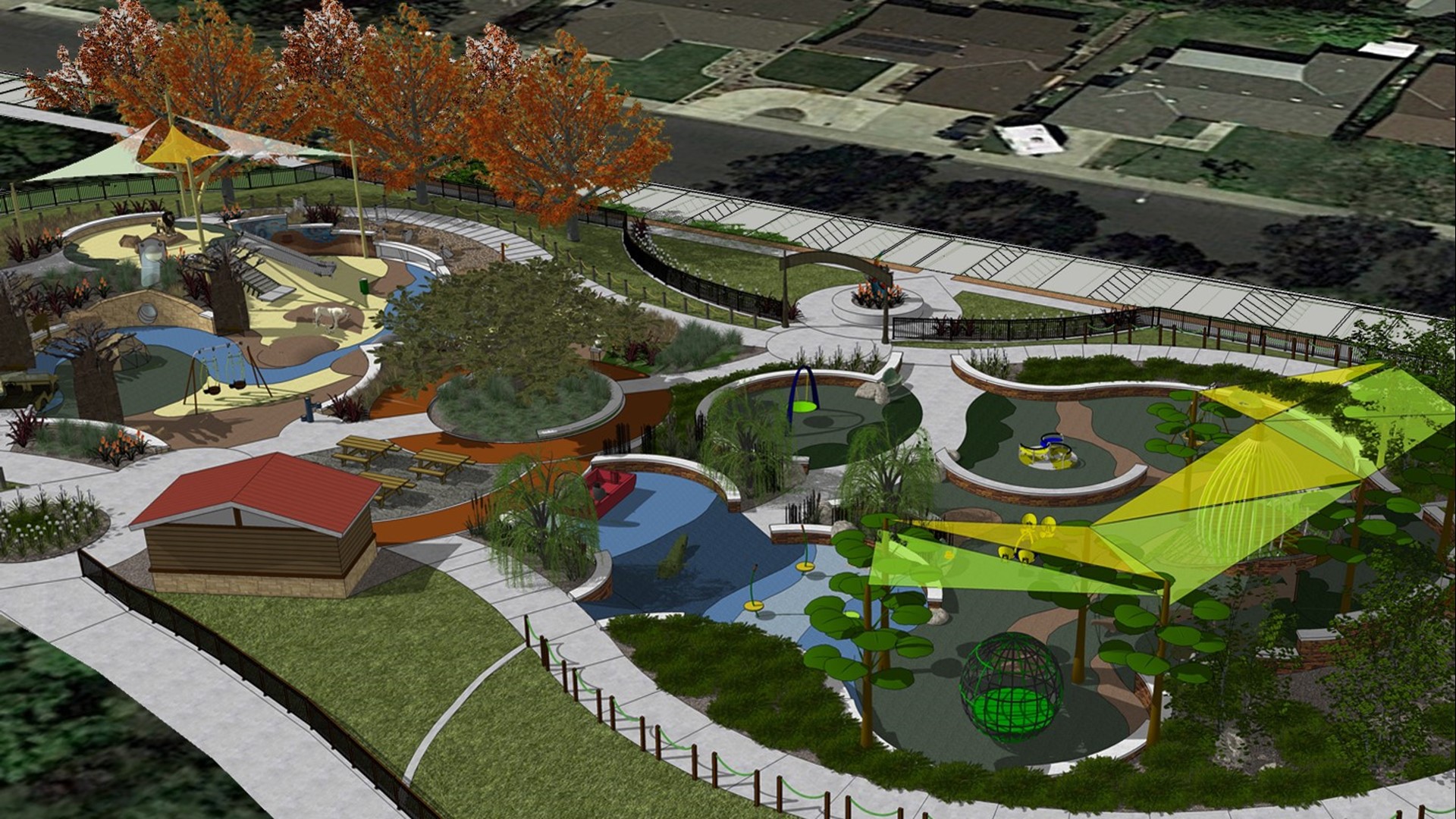 PALO ALTO, Calif. — Dreams of bringing the "Disneyland of playgrounds" to Modesto are now one step closer to becoming a reality.

The group behind the "Awesome Spot Playground," meant for children of all abilities, has now raised more than $1 million; the halfway point of their fundraising goal. And the whole plan was set into motion by 11-year-old Tommy Loredo.

RELATED: A little human etiquette makes dog parks a better experience for everyone!

As their team hit a major fundraising milestone — a recent donation from the city of Modesto, reaching their halfway mark with more than $1.2 million — Rachel and Tommy took ABC10 to the "Magical Bridge Playground" in Palo Alto, the most magical place that inspired this goal.

"It was really invigorating for our team to see that milestone be hit and it just kind of reignited the passion of why we're doing this," Rachel said. "How do we bring something as wonderful as this to our community to share with the families that would benefit from having an inclusive playground?"

"An inclusive playground allows children and adults of all abilities to play together," Rachel said, with Tommy adding that children can lock their wheelchairs "in it without having to worry about falling out."

Children who use wheelchairs or walkers are often left on the sidelines of typical playgrounds, Rachel noted.

The playground comes complete with wide ramps all over, smooth surfaces, accessible swings, and a slide mountain. Tommy hopes to make this dream a reality in Modesto by spring of 2020.

To learn more about the inclusive playground or to find out how you can help make their dream become a reality, click here.

The 13-year-old was on his way to boxing practice when he saw the little girl alone across the street. Turns out, the little girl had somehow learned to open the door and her mother had no idea where she was.