According to a city spokesperson, homeless have until the end of Monday to leave the park. 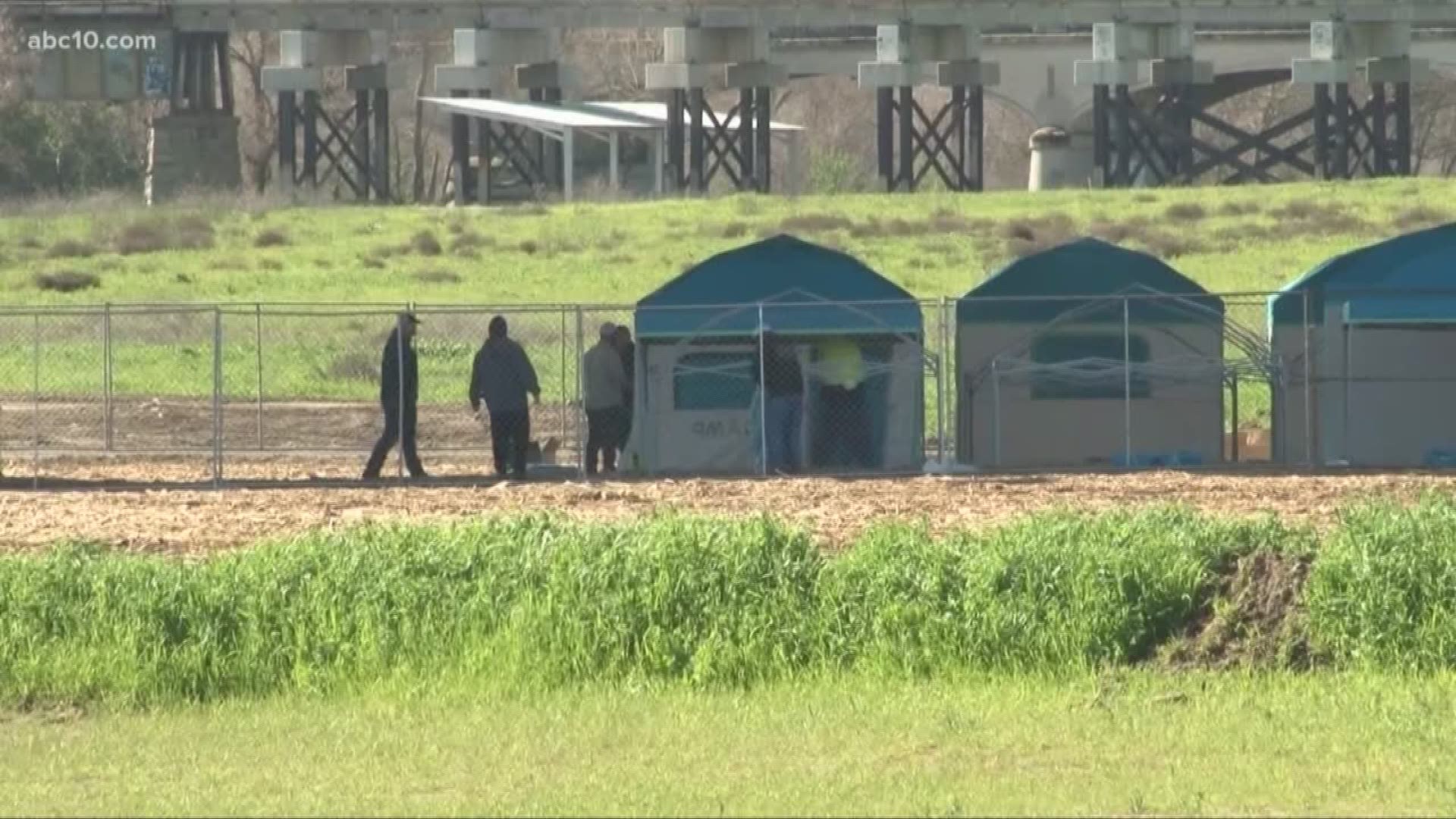 MODESTO, Calif. — Beard Brook Park in Modesto is officially closing Monday for restoration, which means all the homeless living in the park will be forced to move somewhere else.

As of Monday morning, there were nearly 300 tents set up, but city officials are expecting that number to increase later in the day.

Notices alerting residents of the closure were posted all around the park earlier this month. They also went tent-to-tent telling the homeless that the park would be fenced up and closed.

According to a city spokesperson, homeless have until the end of Monday to leave the park. Individuals who remain in the park could be cited for trespassing, but they hope not to get to that point.

A major concern for many is the danger of flooding near the Tuolomne River, however the city says they have worked with the fire department to come up with an evacuation plan to get everyone staying there to higher ground to another temporary location.

According to the City of Modesto, once the park is officially closed, crews will begin the clean up process and address a number of issues before reopening it. The city has not announced if it would be OK for the homeless to go back to the park when it reopens.

The current tent setup is only half a mile away from Beard Brook Park, which will facilitate the transition process for the homeless in the area. The city says it is only meant to be temporary, until they can find more space for a brick and mortar shelter.