Modesto officials say there are "well over 400 people" at the camp. There are around 250 tents. 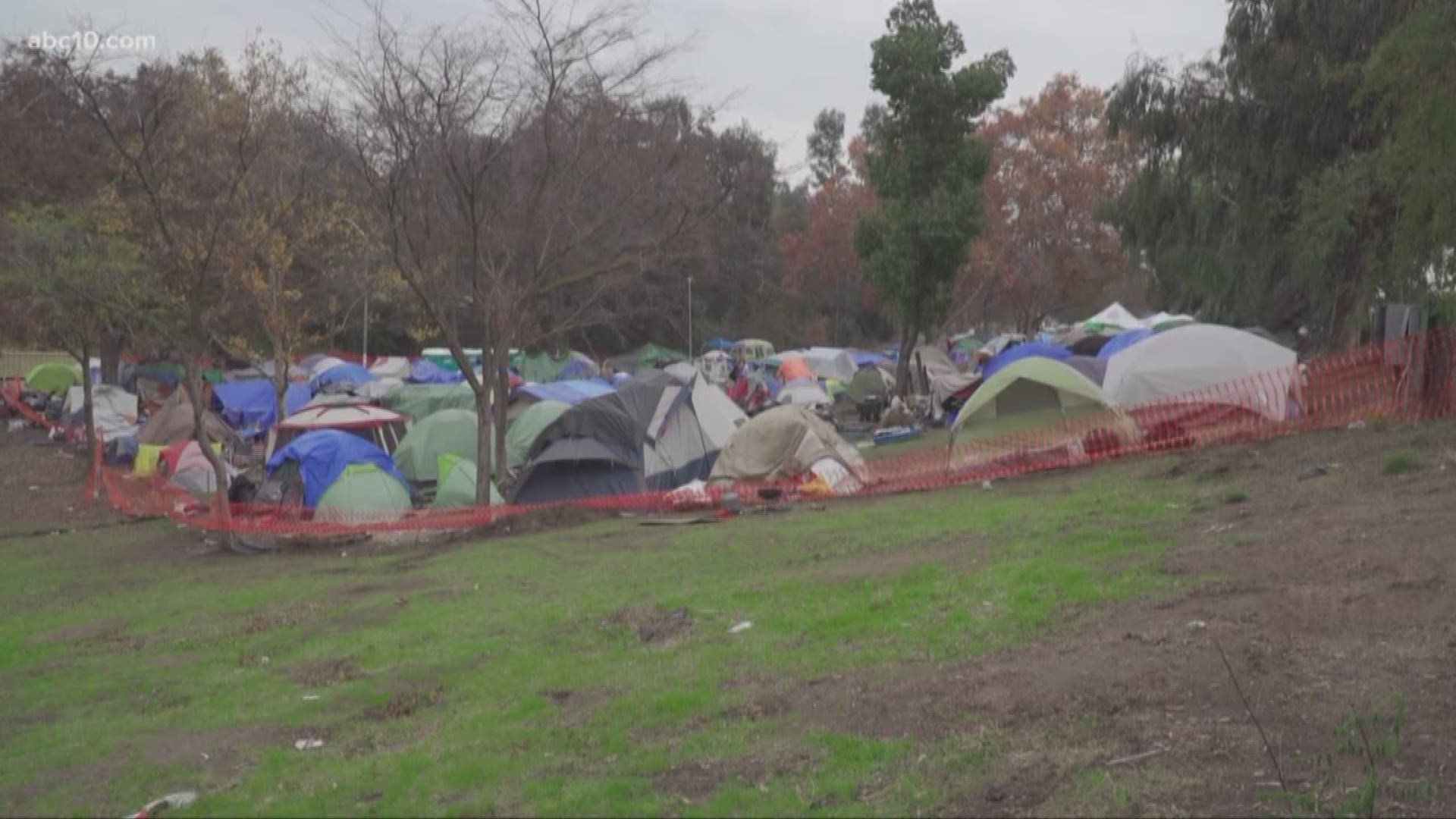 Debby Shaw has been homeless more than two years.

"This is it. This is everything I own in the world," Shaw said as she open the flap to her tent to reveal what was inside.

Still, she is grateful she has some stability in her life with a tent at Modesto's Beard Brook Park.

"Every time I get a little comfortable then they would come. Here, you can get as comfortable as you want," Shaw said.

Modesto officials say well over 400 people are now here since the city opened the temporary encampment in September. That includes roughly 250 tents. Melanie Slagle has been homeless five years. She has become the so-called "camp mom." She says the camp is "packed like sardines" and on the verge of becoming overcrowded.

"We need another camp for other people. As you can see, we have to find our way through the vast many tents here," said Slagle.

There are also port-a-potties, water, dumpsters and now a temporary outreach center in a trailer to help people get back on their feet. But, the city says they are about to announce the next step.

"And, so we are looking at brick and mortar facilities. We're looking at vacant land that we can put tents up at. So, we're looking at all those options," said City of Modesto spokesman Thomas Reeves.

One of the biggest problems they have to worry about at the camp is the weather. Rain is washing away or damaging tents. Amber Hamby says her tent collapsed in the last storm.

"Over time, we kept on trying to repair it with everything with duct tape, stakes and all that stuff and it just wasn't able to fix," Hamby said.

She says many need tents, air mattresses and tarps. And, she says a veterinarian volunteering once a week would go a long helping sick dogs.

Bottom line, those ABC10 spoke to hope to one day break the cycle of homelessness and a have a real home all their own.