Here's how a coach and some good muscle memory landed this bowler several perfect games. 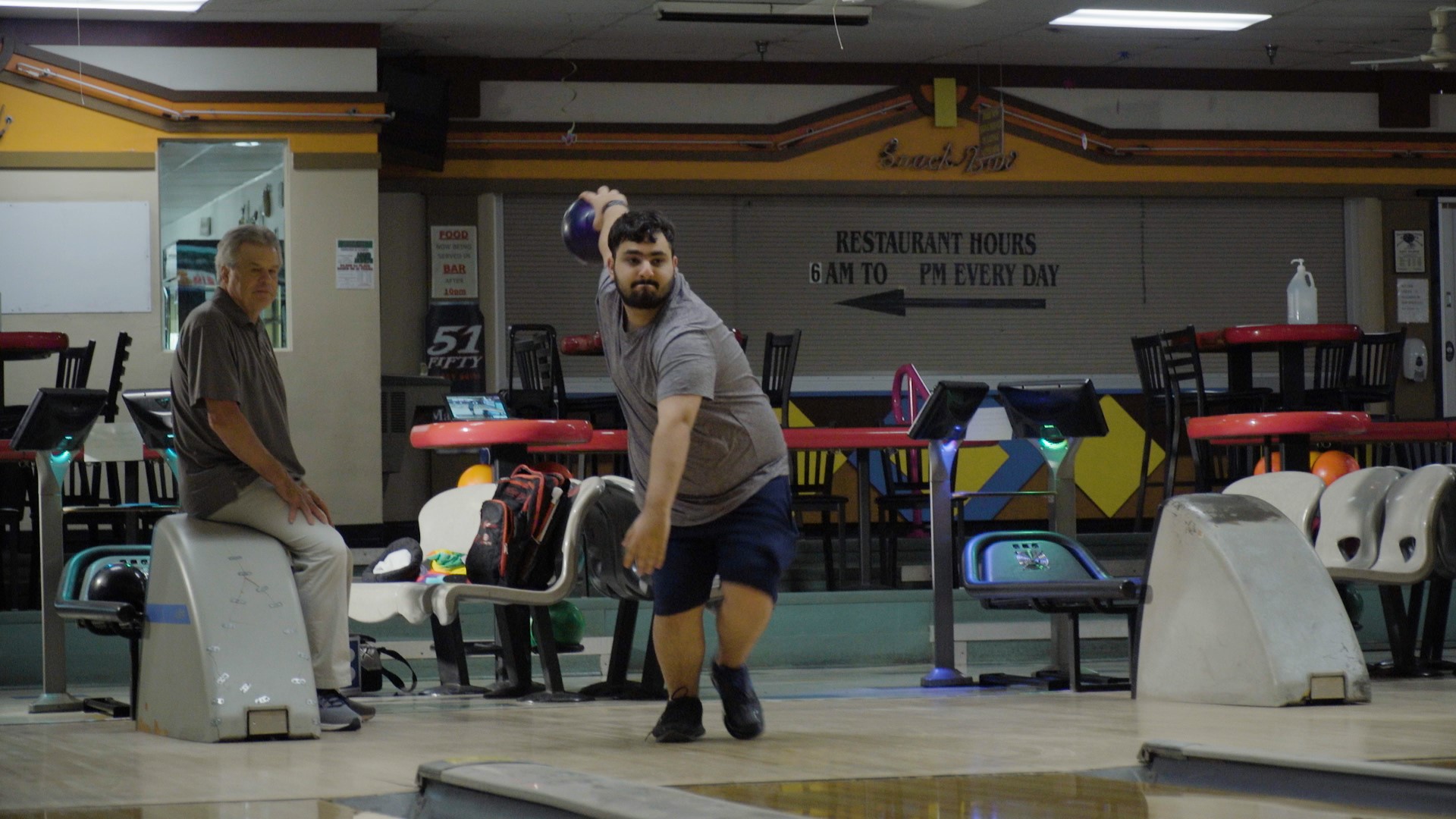 MODESTO, Calif. — At first glance, the crowd at Yosemite Lanes appears to be your average group of bowlers, and, at first glance, Jacob Gaddam looks like anyone else here.

His shoes, his ball and even his form don’t appear to be out of the ordinary, but it’s not until Gaddam puts on his signature poop hat that you start to see the Modesto teenager in a different way.

Looks can be deceiving, because Gaddam is not your average bowler. The 17-year-old won multiple championships, earned himself a $10,000 scholarship and has several perfect games under his belt.

Even Gaddam's coach said that he’s never seen anything like him. That’s because Gaddam doesn’t see at all.

“Doctor says blobs an blurs, I can see day and night,” Gaddam said.

Gaddam is legally blind and he wouldn’t have it any other way.

“Let me correct you. I don’t think of myself as blind because I was born this way,” Gaddam said.

Since birth, few obstacles kept him from experiencing what the rest of us see and do every day, including video games.

“There used to be a game called Wii Sports that had bowling on it, and my brother let me do the motions,” Gaddam said.

“I would go through in slow motion and look for mistakes,”  Barlow said.

Muscle memory is how Gaddam bowls. In order to get him lined up, Barlow records and reviews Gaddam’s every move then guides him in place.

“I used to push him. I mean I really pushed him,” Barlow said.

The muscle memory drills take a lot amount of communication. Barlow must describe everything Gaddam is doing right or wrong and that can be hard because Gaddam is also hearing impaired.

If it weren’t for a special bond between Barlow and Gaddam, they wouldn’t have made their biggest goal. When Gaddom was 16, he bowled his first 800 series.

With a little more coaching, Gaddom hopes to bowl a 900 series. It is something only a handful of people in the world have accomplished.

But going pro is only part of his life goals. He also has plans to be an animal caretaker or brail instructor for the blind, but if there is anyone who could help him on the way to the professional league, it’s Barlow.

“He’s just a good kid. If I had to have another son, I would hope it would be like him,” Barlow said.