The National Straight Pride Coalition says it will announce the time and place of the event(s) on its website Saturday morning. 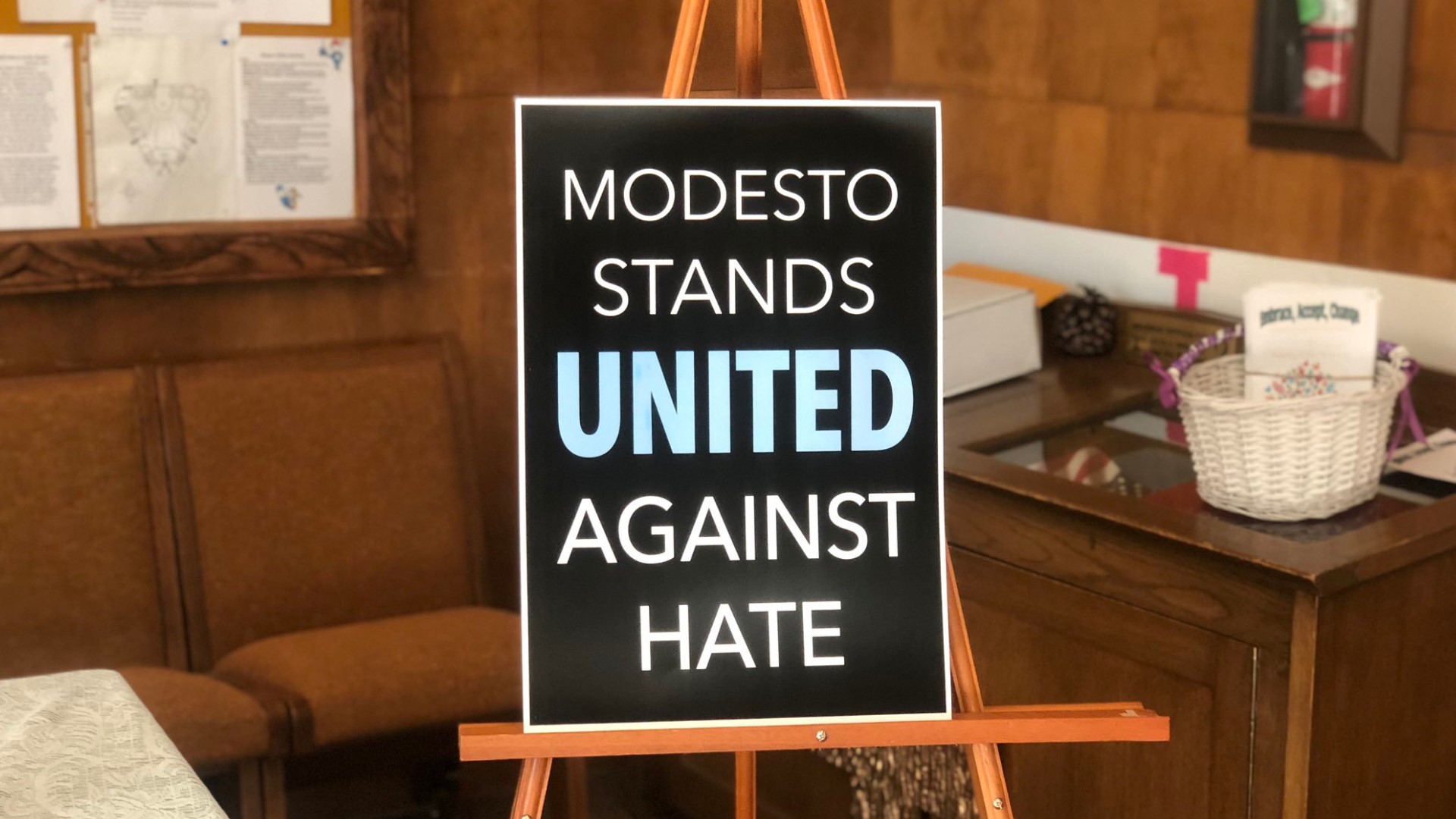 "The other event that supposedly might happen tomorrow is no reflection on who we are here and what we believe," said Lynelle Hains, who was born and raised in Modesto.

Hains was referring to an event that's being organized by the National Straight Pride Coalition.

The so-called 'straight pride' rally put the City of Modesto in the national spotlight during the last month. Sarah Tillay and her husband Jon says they attended the vigil to spread a different message about Modesto.

"I want people to feel like they’re supported, and they’re loved no matter what their views are or where they stand," said Tillay. "So, we’re just here to show them that we care."

"It's a really good feeling," said Veronica Alcantar, a member of the LGBTQ community in Modesto. "I didn't know that all these people would come, and the are lots and lots of people showing up, which makes me feel really welcome."

Credit: Daniela Pardo
A vigil was held ahead of a "Straight Pride" event in Modesto on Saturday.

The National Straight Pride Coalition says it will announce the time and place of the event(s) on its website Saturday morning.

Original plans had the event slated for Graceada Park, but lack of liability insurance and security concerns resulted in a permit denial. An alternate location was suggested for the plaza at Modesto Centre Plaza but insurance issues continued.

Tentative plans call for a speaker series and what organizers have referred to as a "parade."

RELATED: Everything we know so far about the 'Straight Pride' event in Modesto

WATCH ALSO: 'This event will go on' | Modesto 'Straight Pride' organizers plan to continue with event