Modesto, Stanislaus County and the Salvation Army teamed up to open a 182-bed shelter for people experiencing homelessness. 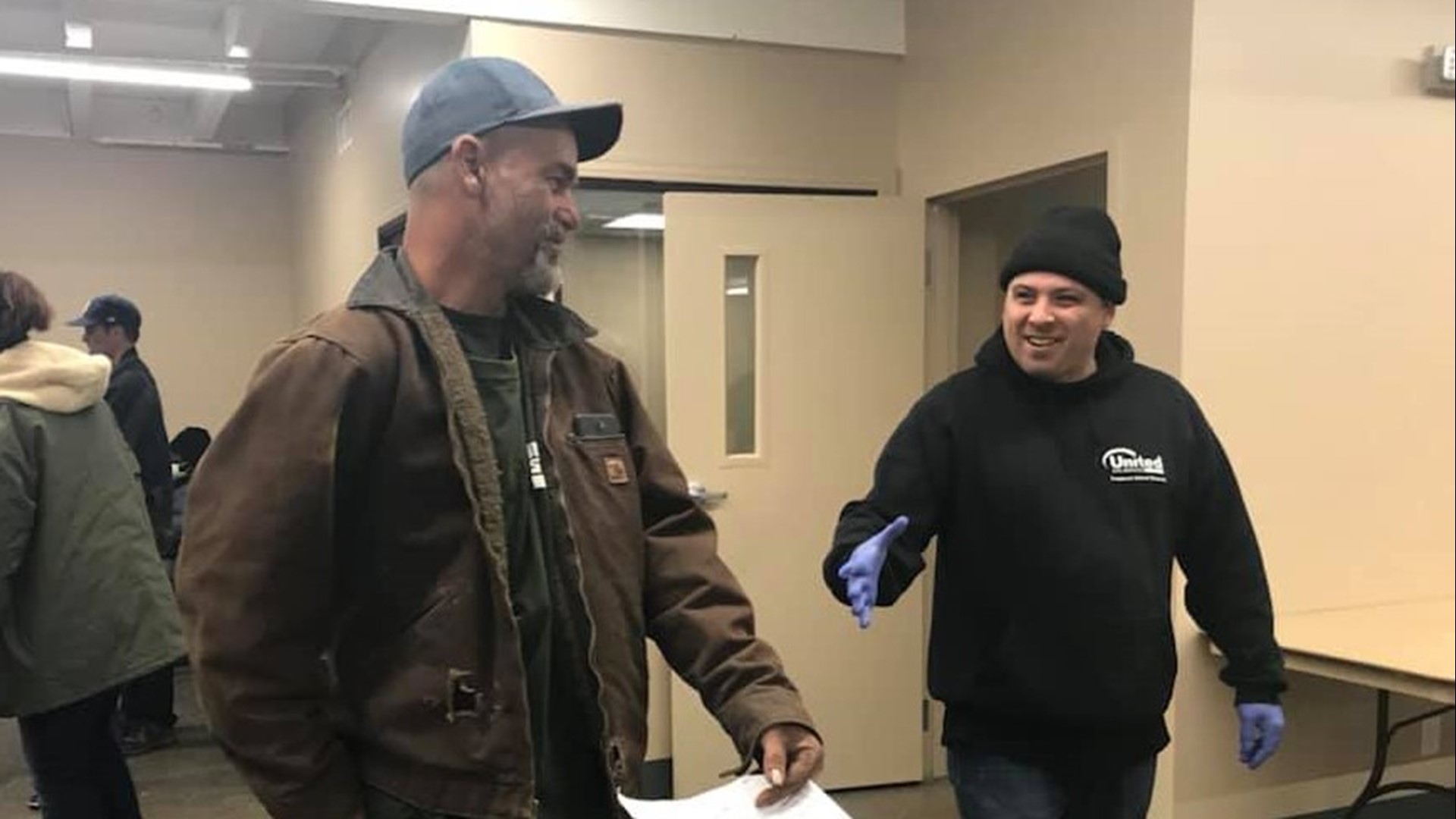 MODESTO, Calif. — After months of planning and more than a week of delays, Modesto's new 182-bed Access Center Emergency Shelter at the Salvation Army is open for its first night.

The first group of residents spent the day moving from Modesto's Outdoor Emergency Shelter (MOES) underneath the 9th Street bridge.

"[I'll] have a hot meal and a warm shower tonight, which sounds ridiculous but it's actually wonderful," said Michelle Buenrostro, whose moving from MOES into the new shelter.

For Buenrostro, this is the first night she'll be spending indoors in more than a year.

That means, a full year without access to a hot shower, clean laundry and a warm place to lay her head at night, among other things.

RELATED: Hundreds of Modesto homeless preparing to move into a new indoor shelter

"I'm really happy to get in there," she said.

"Just anxious to get up there and see how it is," Jack Eldridge, a foreman for the Downtown Streets Team said.

Others have spent a lot longer than just the past year living outside.

"I'm excited to move up there and get out of the cold but it's like, I've been living on the streets for seven years now, so I'm used to it," Eldridge said. "[I hope to] get my life straightened out. When I was out there on the streets, I didn't care. All I did was get up and go hustle."

According to Stanislaus County, out of about 450 campers, a little more than half have agreed to move into the new shelter as space allows, but the other half is choosing to go elsewhere.

"I'm planning to go back to the river, you know. I think [the new shelter is] like county jail but you can come and go as you please," said Walter Schroeder, a former MOES resident.

Despite the fact that the city has said they have no shortage of services to offer the homeless, if people like Schroeder won't take those services, they say, they're prepared to hold them accountable.

"Just ticket me all you want, fine me all you need. I don't got the money," he said.

Still, the majority have their fingers crossed that spending just six months at the new shelter will help them find more permanent housing.

Homeless will continue to be moved into the new access center in groups of 25 until it reaches capacity. Then they will be added to the waitlist.

Everyone has to be out of MOES by December 11 so the city can start restoring the property by the end of the year.