A report of "shots fired" at Modesto's Vintage Fair Mall turned out to be jewelry thieves using hammers to smash into store display cases. 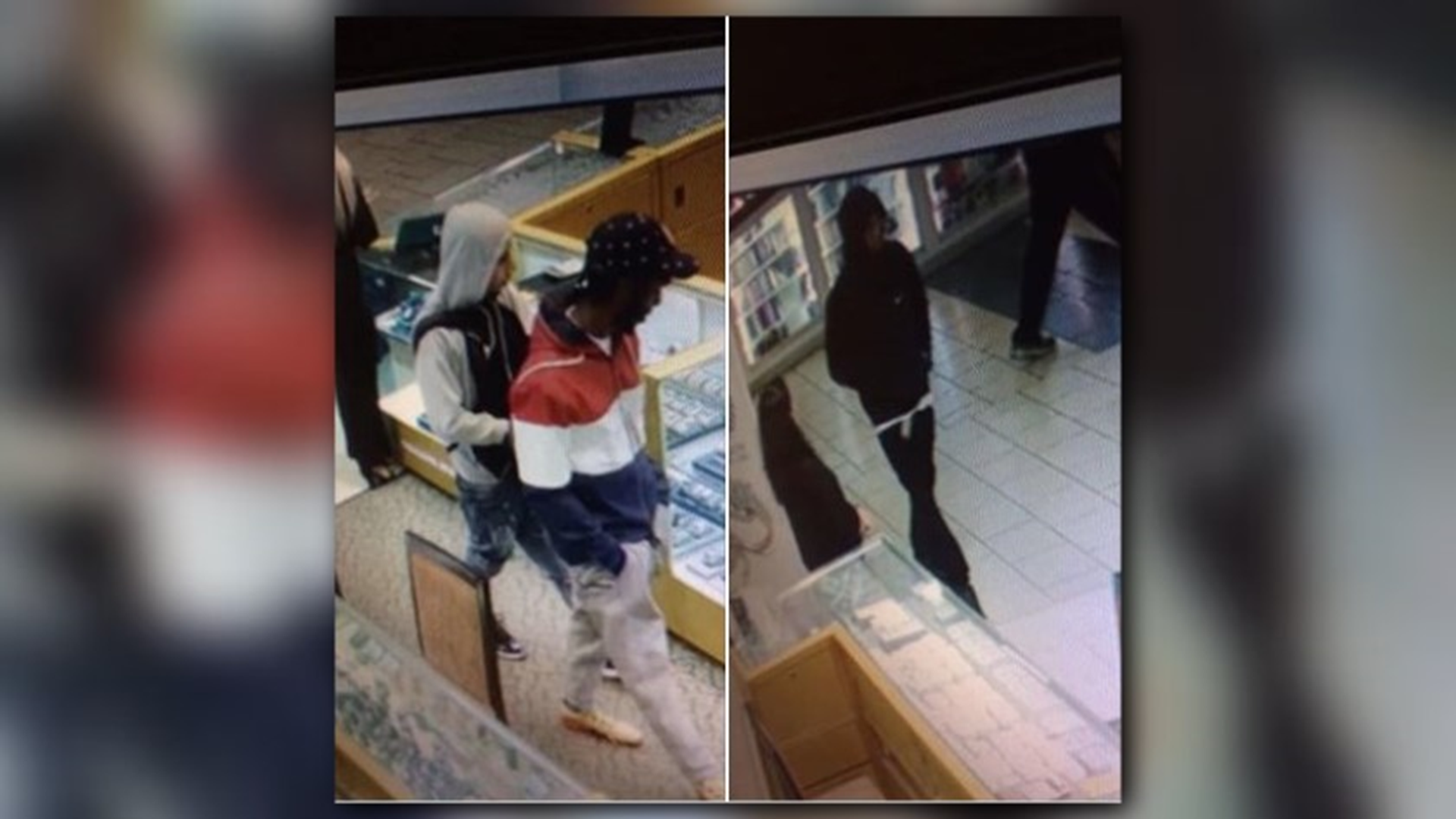 MODESTO, Calif. — Police are searching for four men responsible for a smash-and-grab robbery at a jewelry store at the Vintage Faire Mall in Modesto, Sunday afternoon.

Officers were called out to the mall, located in the 3400 block of Dale Road, on a report of “shots fired” just before 5 p.m. Investigators soon determined that no gunshots had been fired, but that the loud noise witnesses heard was the suspects using a sledgehammer to smash glass inside the jewelry store. Police said the suspects quickly grabbed as much as they could and took off.

Because the call was originally for shots fired, multiple police officers were dispatched to the mall as a precaution. The officers secured nearby businesses until it was determined there wasn’t a shooting.

Surveillance footage was captured of the suspects inside the store and on the run outside the mall. If you recognize any of these men, you are asked to call Crime Stoppers at 209-521-4636. Callers can remain anonymous and may be eligible for a cash reward.