Sgt. Erich Layton said the homeowner told deputies a man tripped an alarm at the home. The homeowner and suspect exchanged gunfire. 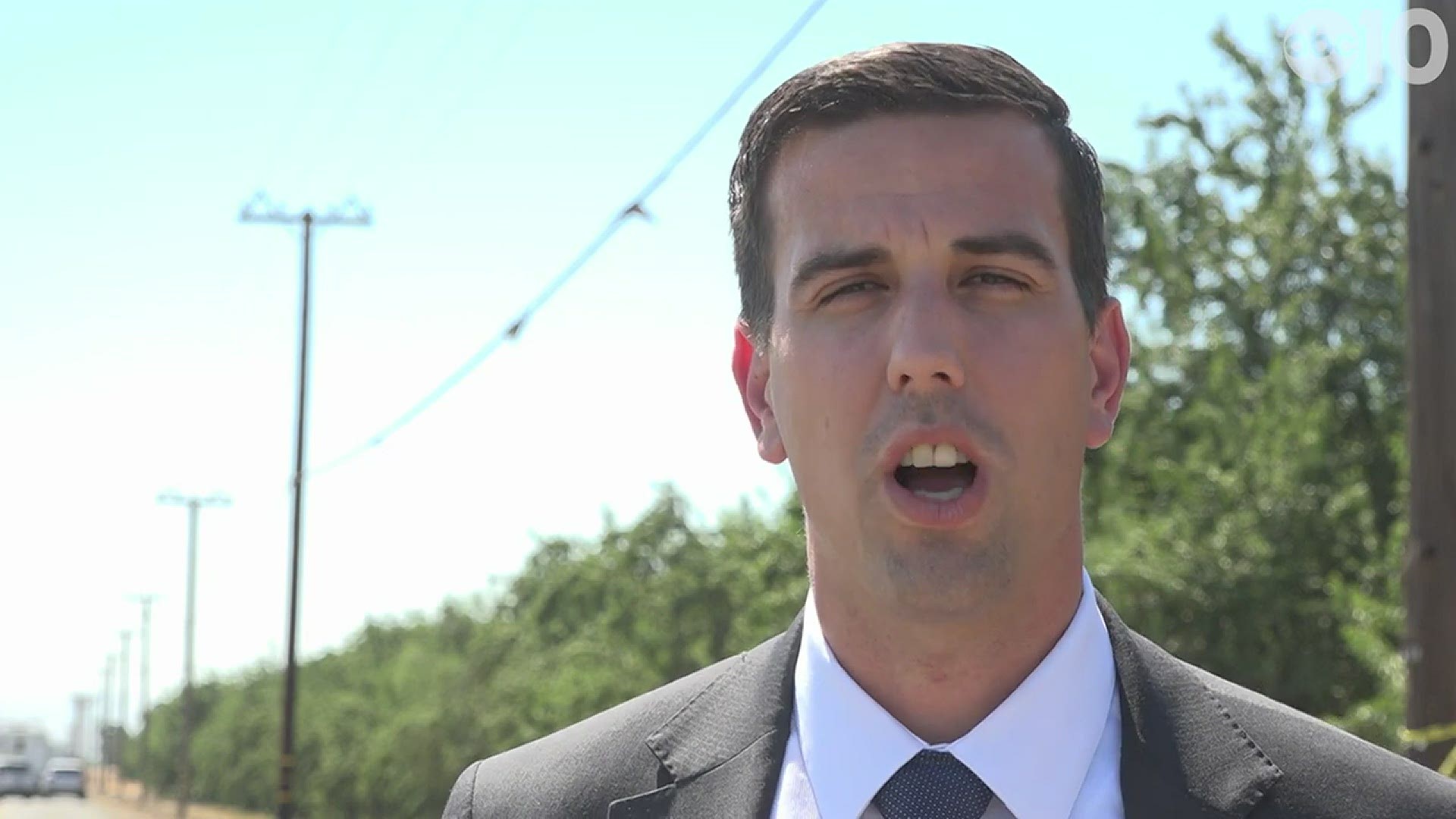 The alleged intruder into a Modesto home who was shot and killed by the homeowner has been identified as Turlock resident, Rodney Lee Martin, 41.

The Stanislaus County Sheriff's Office provided more details on the incident that happened roughly at noon on Friday, July 2 at W. Service Road.

A spokesperson with the department was alerted to the break-in after the home's alarm was tripped. Once he reached the home, the homeowner found a male intruder inside, identified as Martin, who allegedly shot at the homeowner multiple times.

The sheriff's office said the homeowner shot back and was able disarm Martin before calling 911.

Martin died on the scene from a gunshot wound. The gun he used was reportedly stolen. No arrests have been made in this case.

Authorities in Modesto are investigating a deadly shooting that happened at a home in a rural area on the outskirts of town.

According to Stanislaus County Sheriff’s Sgt. Erich Layton, deputies were called out to the home on a report of a person shot. When they arrived, deputies found a man dead from at least one gunshot wound inside the home.

Layton said the homeowner told deputies a man tripped an alarm at the home. The homeowner allegedly confronted the man and at some point, shots were fired.

“The homeowner received some sort of burglary alarm or alert that he came to the residence to check on, when he arrived here, he located somebody on the property who appears to be the deceased male,” Layton told reporters.

Deputies say the dead man matched the description of the person the homeowner confronted. So far, officials say they cannot confirm who fired the deadly shot. However, they do say there is no threat to the community and no arrests have been made.

This is the second time in less than a week that a suspected burglar was killed during an alleged home invasion.

The first alleged home invasion and shooting happened on Tuesday, June 29. In that incident, investigators say Pearl Fierro was allegedly attempting to break into a home along the 3900 block of Blue Gum Avenue but was shot and killed by the residents.

According to investigators, the elderly couple who lives at the home called neighbors for help, then "armed themselves with a firearm to defend their property and told the woman to keep away." No arrests were made in the case.