The City of Modesto denied the organizer's permit for a 'Straight Pride' event after their insurance was pulled last week. 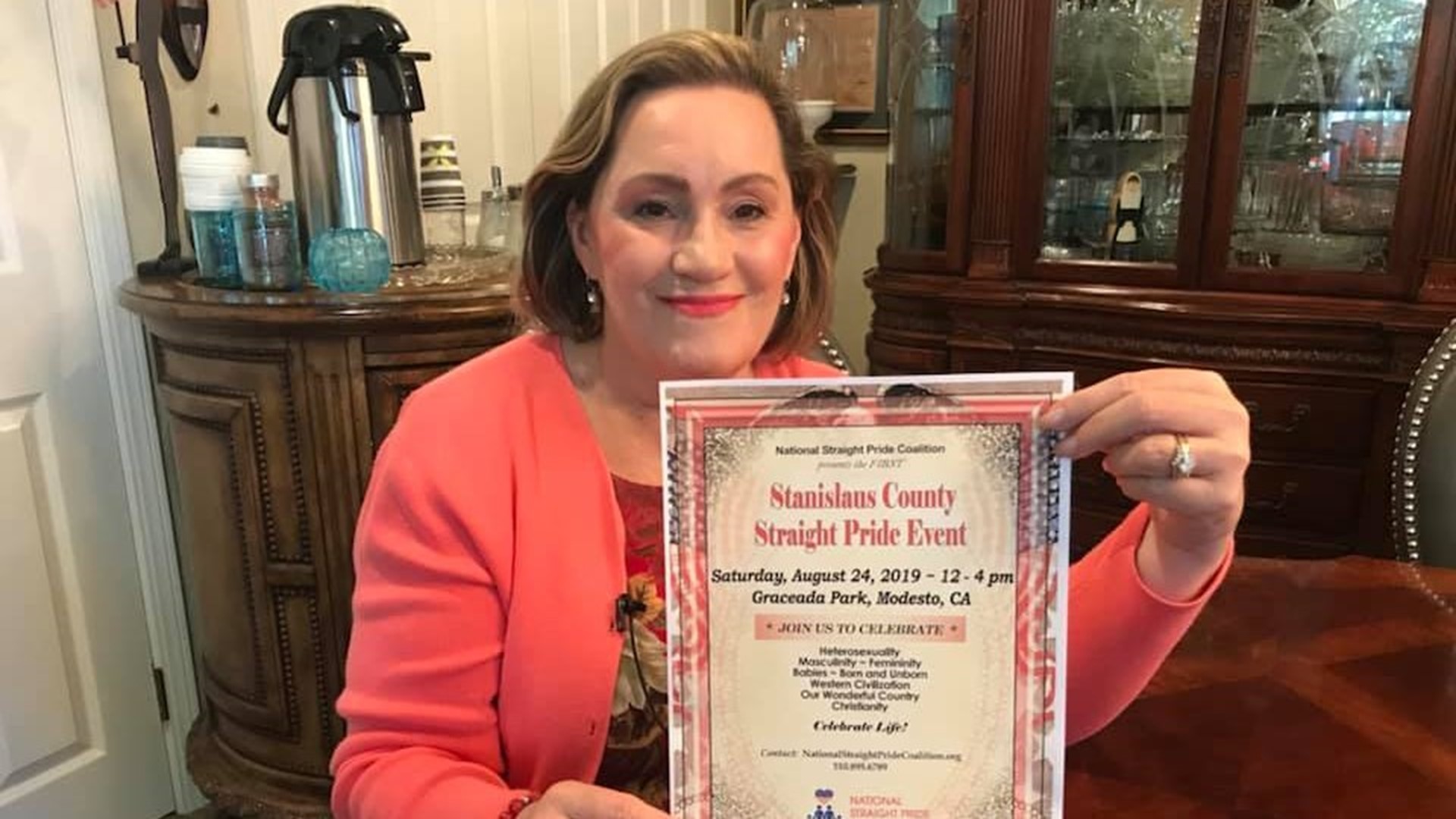 MODESTO, Calif. — The "Straight Pride" event organizers in Modesto said their rally will go on no matter what.

The event was supposed to happen on Aug. 24 in Graceada Park, but they were denied a permit last week over a lack of insurance.

"This event will go on, definitely," Mylinda Mason, a co-organizer of the 'Stanislaus County Straight Pride Event' said.

Mason said her event will continue no matter what at the end of this month.

"Even if the city says no, we'll figure out how it is that we can have our event," she said.

On Friday, the City of Modesto denied the organizer's request to hold their event at Graceada Park after their insurance was pulled.

Instead, the city offered the alternative of holding it at the Modesto Centre Plaza, but only if they can provide proof of insurance by Tuesday.

But the city said, Friday's decision had nothing to do with First Amendment rights.

"The city is making clear that we are not denying this request based on any type of First Amendment type of violations... if you do not have insurance, you cannot reserve a park," said Thomas Reeves, spokesperson for the City of Modesto.

And they said their choice to move locations is based on safety concerns.

"This location here is closer to downtown. There are no homes around it. It's much easier access, much easier parking for those that might participate," Reeves said. "We're saying this is a better location for the city to help monitor, and law enforcement to help monitor but also for the participants."

Opponents of the event like Chris Holland said they're breathing a sigh of relief.

"Right now, I do feel relieved that they were denied their permit, but I don't think they'll be able to push forward because no one will want to insure something of this level of violence," Holland said.

And he believes that type of speech doesn't represent what Modesto is made of.

"We are every color and every shade and every creed of the people within this same community and we need them to know that this type of speech is not welcome here," he said.