Gerald Contreras helped get drivers off of I-5 as a grass fire quickly spread over the interstate. He even managed to record the harrowing ordeal on his phone. 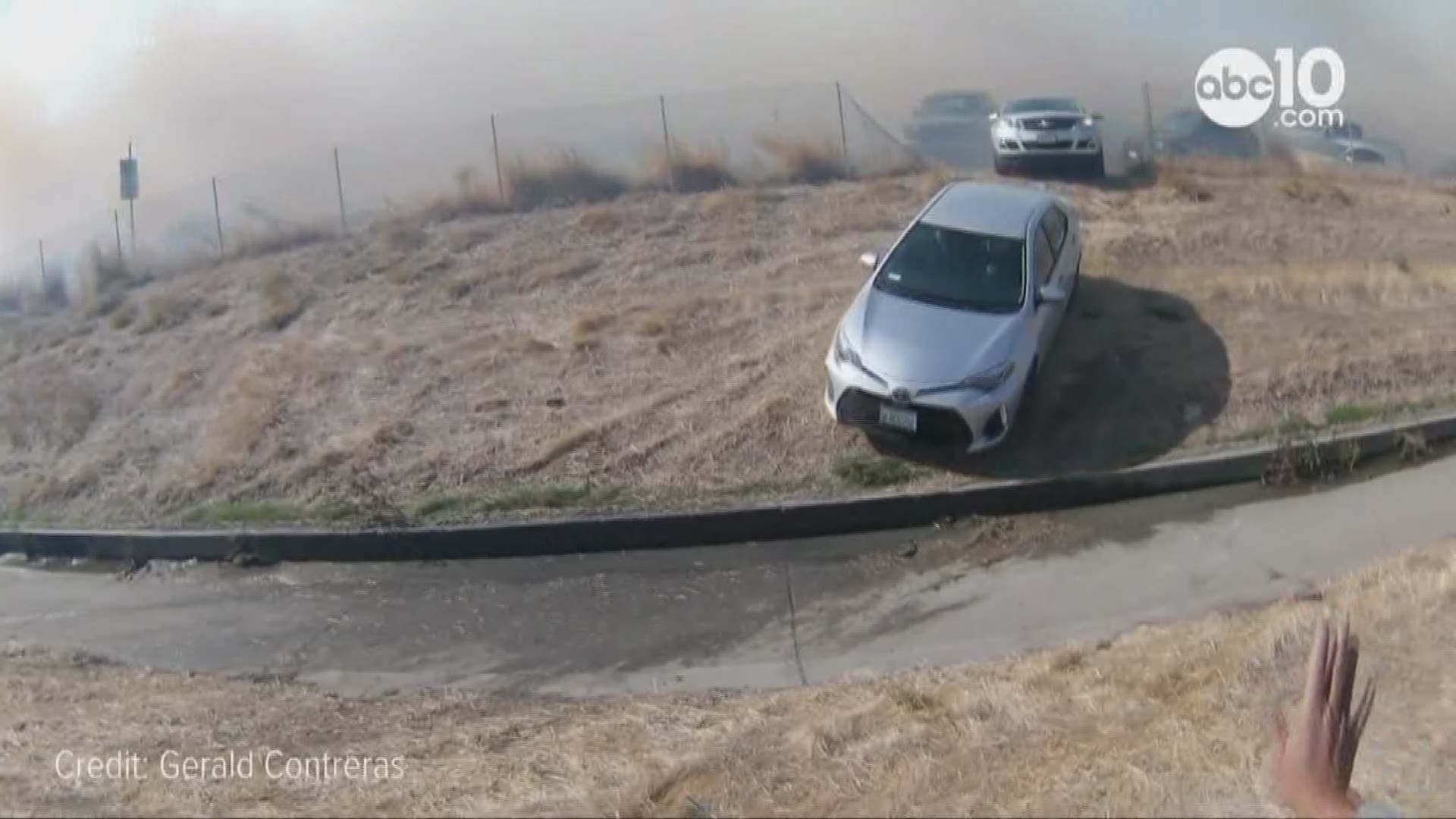 SACRAMENTO, Calif. — A grass fire along I-5 near Natomas on Sunday torched cars and left several others scrambling to escape the fast-approaching flames.

One good Samaritan, Gerald Contreras, had the presence of mind to help guide drivers away from the flames at a break in the fence along the interstate. He was also able to record the escape at the same time.

“The median actually caught fire and I think that's what scared a lot of people," Contreras recalled." "So, a lot of the cars were trying to get away from the median and they were going to the shoulder. And then the fire caught on the shoulder as well and they were trapped."

His video shows both drivers and pedestrians escaping down an embankment and through a dirt field just west of the Sleep Train Arena.

"Fortunately, everybody got out OK. There was nobody hurt other than a few cars," Contreras said.