Local officials discussed the homelessness issue, flood control, and also a "tantalizing proposal" that could see the Sacramento Zoo moved to Natomas. 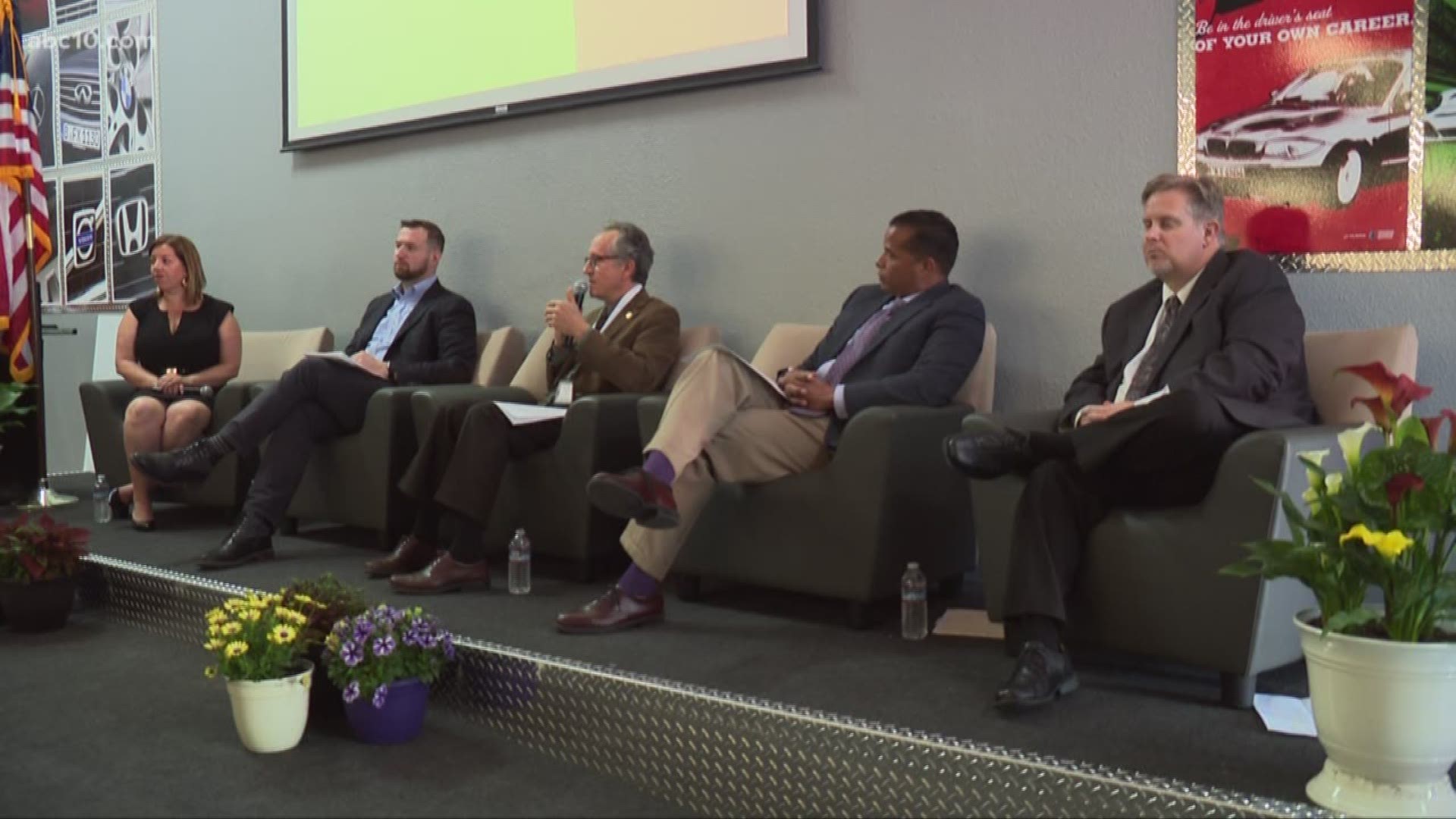 When it comes to safety Sacramento Police Chief Daniel Hahn said Natomas is one of the safest communities in Sacramento and here’s why:

“You don’t just call and complain. You are willing to be part of the solution,” says Sacramento Police Chief Hahn.

That community involvement is what Chief Hahn said makes the difference.

Community leaders admitted that a major problem impacting the community right now is business burglaries. As Natomas grows exponentially, most of the burglaries are happening at construction sites.

Homelessness was another important topic that was brought up.

“The council has set aside reserve funds from earlier this year when measure U was reviewed," said Sacramento Councilman Steve Hansen. "So now, on April 23, there is going to be a debate at the City Council on how to use those funds." He added that some of the funds could be used to set up a shelter.

Councilman Jeff Harris discussed flood control and the levee issue which he said is a big worry for his constituents. He said two things would happen this year, regarding reach 'I' - the Garden Highway stretch from Gateway Oaks all the way to Northgate - and reach 'H' - which is Northgate going north and going to the Natomas east area.

He said the idea "is to put a slurry cut off wall. So, dig a big hole in the center of the levee fill it with concrete slurry and prevent water from penetrating the levee.”

Many have been wondering and also petitioning for Natomas to become the new home for the Sacramento Zoo.

“We are in the infancy of this, but we are definitely moving forward," said Mayor Pro Tem Angelique Ashby. "The zoo has brought forward a tantalizing proposal that has peaked the interest of many across the region."

Councilwoman Ashby added that there are other potential opportunities in that site and she wants to keep the options open. She said the Kings have also put forward a proposal to change the zoning.

The last speaker on stage was Sacramento Mayor Darrel Steinberg who generally spoke on the importance of safety for all the communities in Sacramento.

“The core mission of the City the most important responsibility for the city is to provide safety period,” says Mayor Steinberg.

The California Highway Patrol conducted its traditional ceremony at the CHP Academy in West Sacramento on Monday for Sgt. Steven Licon, the motorcycle officer killed by a vehicle during a traffic stop in Riverside County.