A small, title-shaped device is part of the NCAA's tournament health & safety protocols. 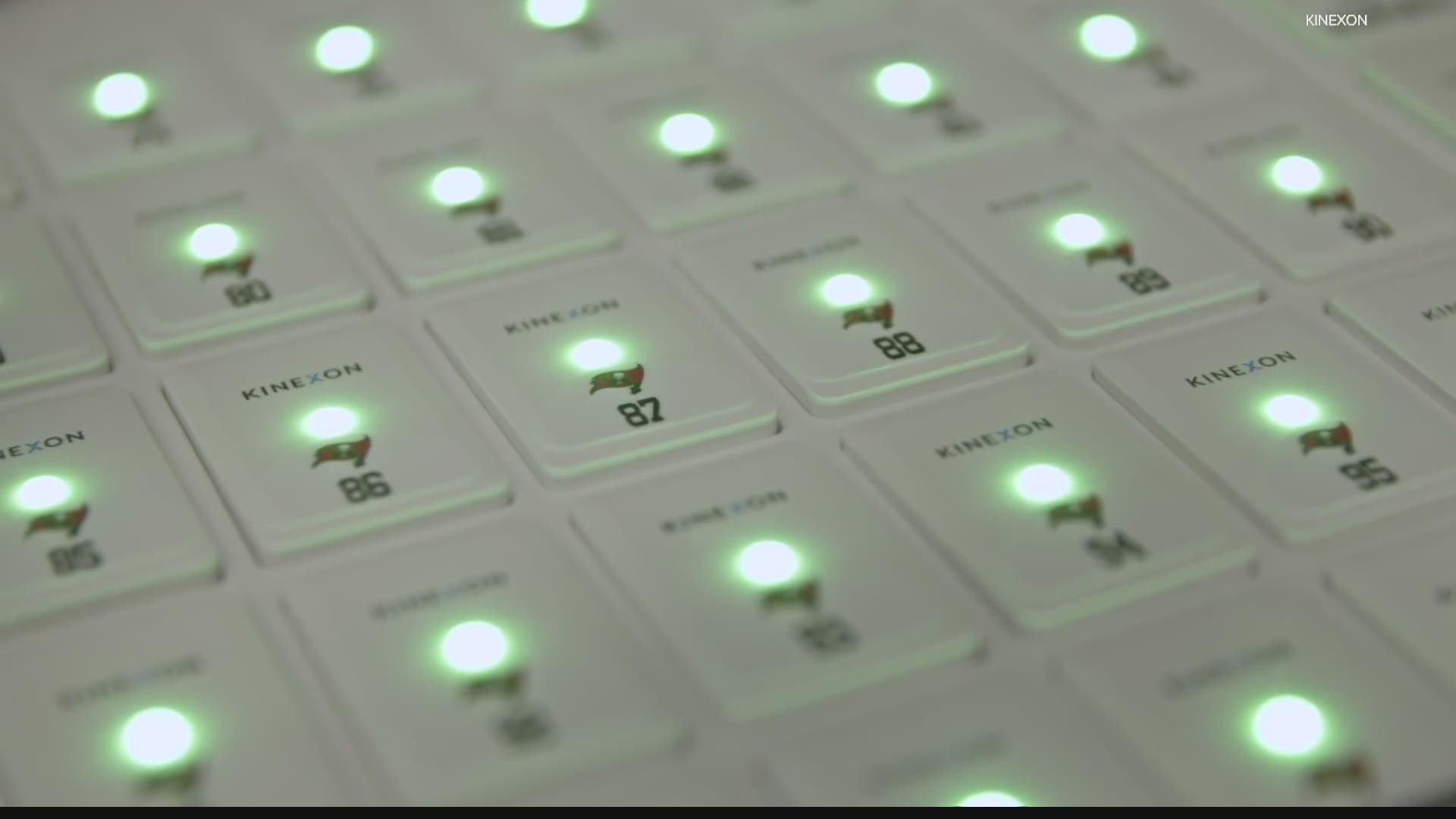 INDIANAPOLIS — As dozens of teams arrive in Indianapolis for March Madness next week, they will be issued a small title-shaped device to wear.

It's part of the NCAA tournament’s robust contact tracing plan.

The devices are made by Kinexon for a system called “SafeZone.” The company started in Germany in 2012.

At first, the focus was on helping the performance of athletes. After the pandemic, the company shifted its wearable devices to measure distance and duration with sensors to help with contact tracing.

When arriving in Indianapolis, all Tier 1 travel parties of 34 people will receive a “SafeTag” that is given a unique ID number. It can be worn like a watch on the wrist, on a lanyard or in the pocket of a jersey or shorts. The devices must be worn during all practices and games.

According to the NCAA, the data collected will be used to assist with contact tracing and to determine the need to quarantine participants. It can identify who was within six feet of someone infected with COVID-19 and for how long.

Kinexon spokesperson Matt Bontorin said most of the teams are familiar with the device.

“They understand what this is. This isn’t a GPS tracker. This is something to help them obviously stay healthy number one, but remain eligible in the competition, too,” Bontorin said.

The device will collect the information and then upload it to “exposure management software.” That data is protected and only a select few have access to it. Also, the devices do not track the location of individuals.

Another feature includes a red warning light and noise when someone is within six feet of another person. Bontorin says the NCAA will not be using that feature during the tournament.

Bontorin said the company’s goal is not to eliminate the threat of the virus but to prevent outbreaks and stop the spread so sporting events, like March Madness, can be a reality.

“There is a level of accuracy and efficacy with this sort of contact tracing that just isn’t really offered in other environments,” Bontorin said.

The software has been used by 300 teams and leagues in the past year, including in the NBA bubble and the NFL. Other organizations and companies outside of sports have also caught on, including Netflix.