An experienced group of riders shares the story of their harrowing rescue on the mountains as a cautionary tale to others. 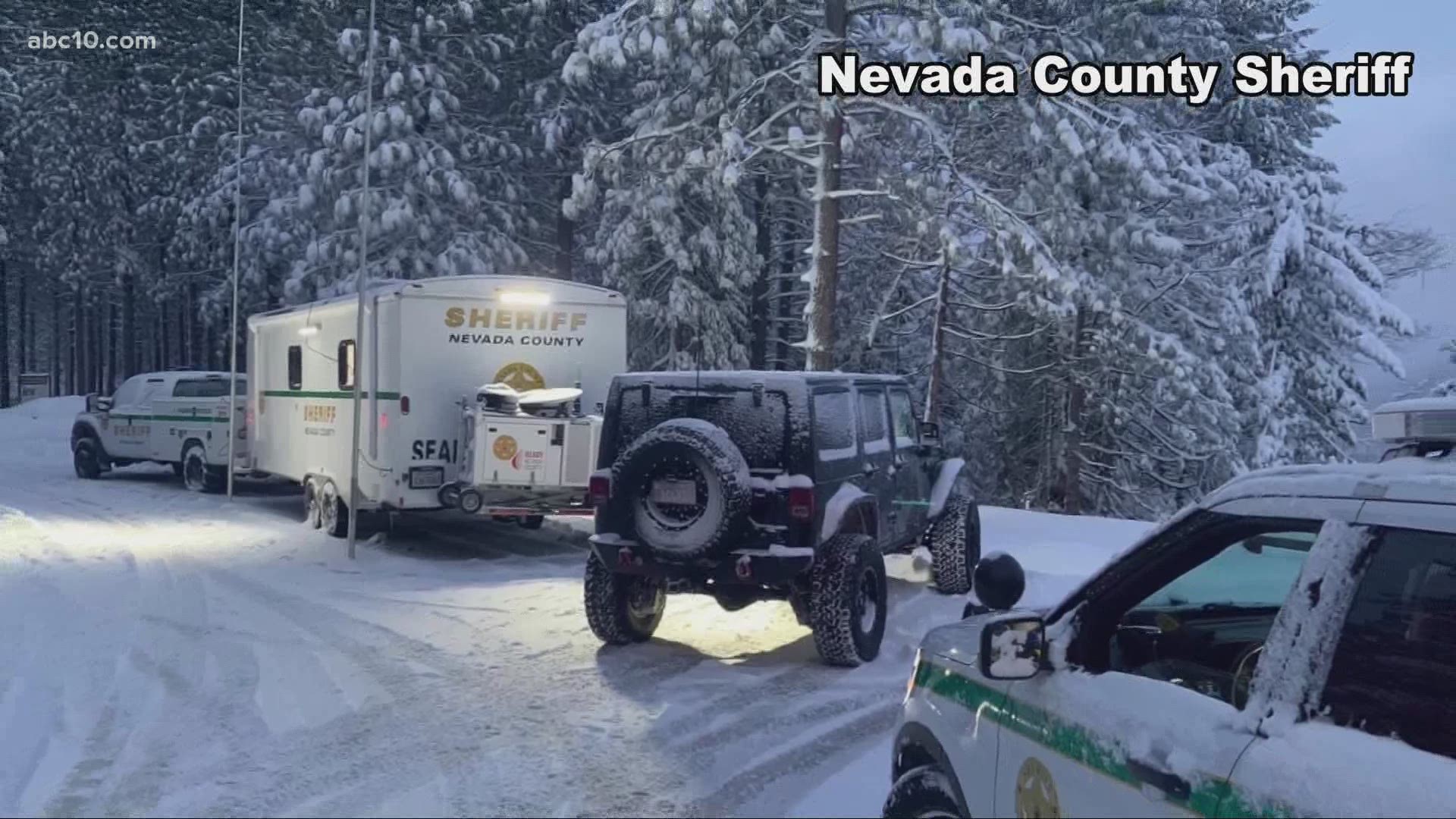 NEVADA COUNTY, Calif. — The Nevada County Sheriff's search and rescue team is warning off-roaders to stay away from the high country this Sunday in anticipation of heavy snowfall there this weekend.

Steve Williams said his family's experience with a sudden snowstorm last month can serve as a cautionary tale to others.

"Had great traction, we were fine, I wasn't even worried about it," Williams said. "Then all of a sudden we got to a point where we just dug in."

Williams hadn't yet loaded his new utility terrain vehicle with survival gear yet when he took it out for a ride with his daughter, nephew and family friend. All four of them are experienced riders, who had never been stuck in the mountains before.

"Well, I never would have expected it to happen to me," Williams said.

Following a GPS route, they had ventured well beyond cell service. When they didn't come home that evening, their family reported them missing.

"By that time, they were in a really tough spot," said Ray Kress, the Nevada County Sheriff Office's Search and Rescue Coordinator.

"I think our search area was about 200 square miles for them, with no clues and no communication," Kress explained.

As night fell, Williams' group managed to start a fire. They had to work all night to keep it going because of the continuous snowfall.

"The good thing, that very well could have saved their life, is that they told someone where they were going and how they were getting there," said Kress.

Williams' brother shared the GPS route with the search and rescue team, and more than 20 hours after getting stuck the group welcomed their rescuers -- wet, exhausted, but mostly grateful.

"They saved our lives," Williams said.