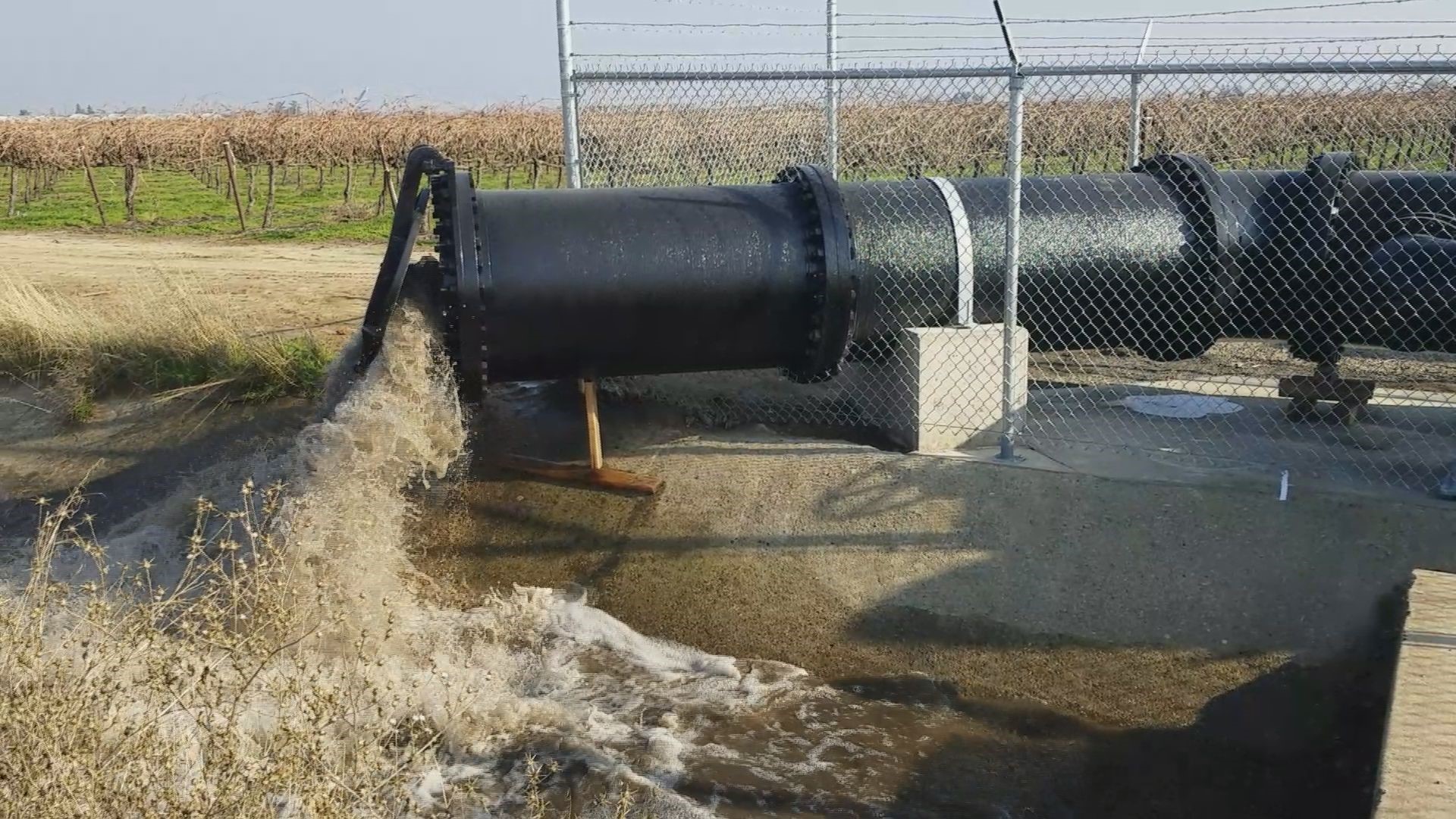 In January 2017, his basement flooded ruining furniture and more that he is still dealing with today.

"It got into our garage, at least a foot in there," said Treadwell, who has lived in Acampo eight years.

It's what residents have had to put up with dating back to the 1950s. But suddenly this year the floodwaters disappeared.

"Oh, it's been really well. Ever since they brought it out we've had no problems," added Treadwell.

"Since the installation, we have had zero issues out there," said Awni Taha, the project manager and engineer with the Development Services Division of the San Joaquin County Public Works Department.

How it works is rainwater is collected in drains alongside Acampo Road through the heart of town.

If necessary, the water is then released into an existing concrete ditch that parallels the frontage road. The hope down the road is to capture and save the water.

"That will lead to an area that would be considered for groundwater recharge sometime in the future," Taha said.

Desi Garza has lived here 25 years. He says so far, so good.

"It's holding up very well, actually. Kind of surprised about it," said Garza.

The project was paid in full with local road district funds and federal grant money. It's been so successful, it's actually award-winning. Just last year, it won Project of the Year from the American Public Works Association in the Environment - Flood Control Category.