"If the language that was presented today was implemented tomorrow, virtually every card room in the state would be out of business," an advocate said. 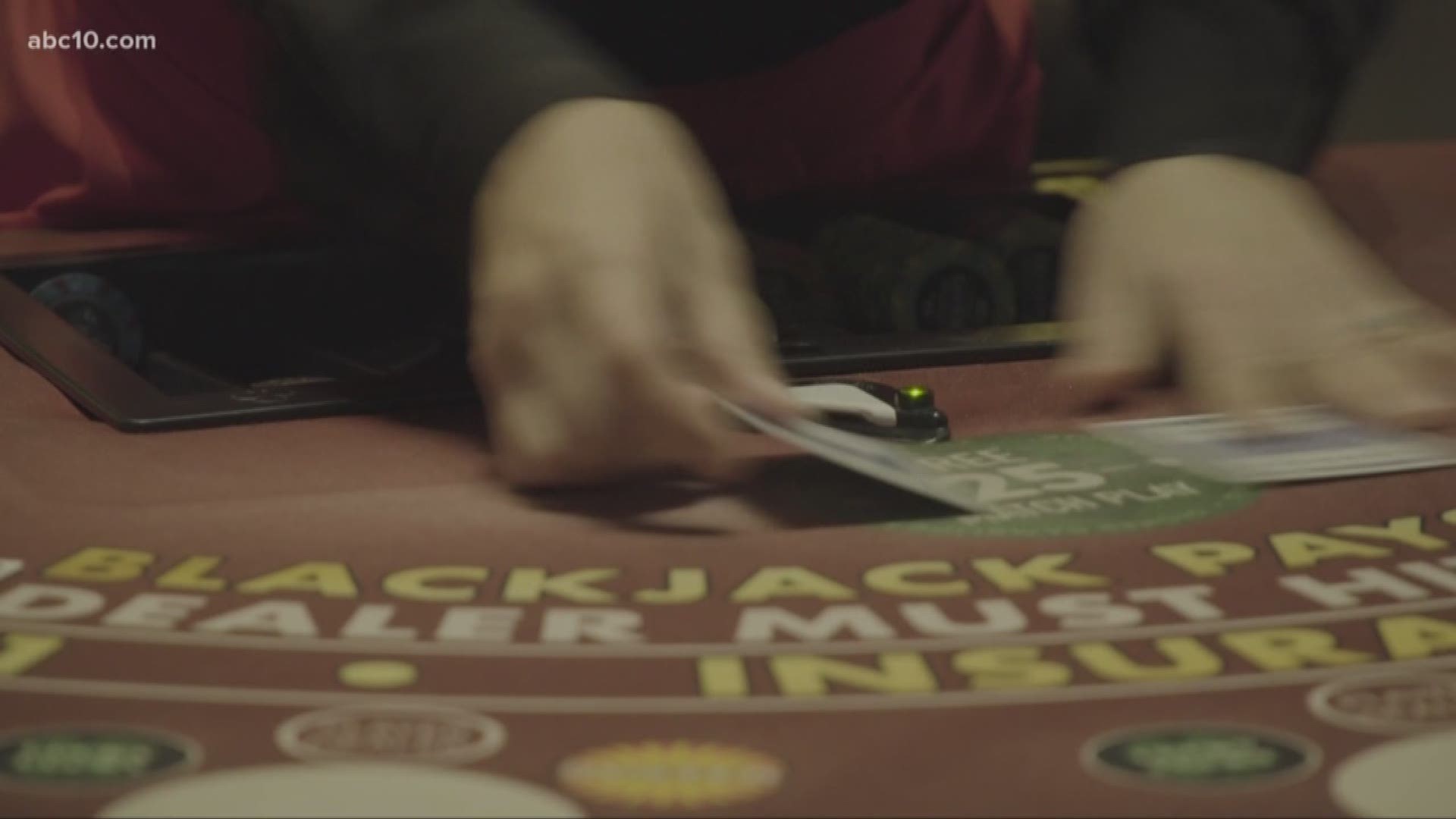 SACRAMENTO, Calif. — Hundreds of protesters demonstrated Wednesday in opposition to new rules proposed by the California Bureau of Gambling Control that would require players to take turns acting as the dealer when gambling in state card rooms.

Following a workshop held by the Bureau of Gambling Control at which they discussed the possible new rules, the California Gaming Association said the the changes would devastate their industry.

"No one in the card room industry relishes confronting their regulator, right?" asked Kyle Kirkland, president of the California Gaming Association. "We wouldn’t advocate for it, but it’s so lethal and so disruptive to our people and our communities, that we have to push back."

Current California law allows card rooms to have games like blackjack, three-card poker, baccarat and pai gow poker, but instead of the house acting as the bank, players do. That is because games where the casino has a stake in the outcome are not allowed outside of the state's tribal casinos.

In these games, the role of the dealer is rotated between players, but if the player refuses the role, a casino-hired dealer can step in to allow the game to continue.

However, under the new proposal, all players at a card table must take turns serving as the dealer, or else play would stop completely.

"If the language that was presented today was implemented tomorrow, virtually every card room in the state would be out of business." Kirkland said.

The state's 72 card rooms support more than 32,000 jobs and generate about $1.6 billion of wages, according to estimates in recent report by the California Gaming Association. Sacramento area card rooms generate more than 1,800 jobs and over $313 million in total economic impact, the report said.

"I mean, I’m about to have another baby," Jones explained. "Oh, I can’t even tell you — I can only imagine how many other families would be in my position."

Jones, like many at the protest Wednesday, questioned why the rules were being proposed at this time.

Citrus Heights Police Chief Ron Lawrence said the purpose of the proposed rules do not seem to stem from safety concerns.

"Now, I've been a police officer for more than 30 years and the police chief for the better part of a decade," Lawrence said. "I'm here to tell you right now that these proposed regulations represent zero public safety issues."

An official with the state's Bureau of Gambling Control told ABC10 in a statement, "The bureau has not yet initiated the formal rule making process for this topic."