The proposed deal has some eviction protection provisions for tenants, but no rent forgiveness nor help for landlords who need to meet mortgage payments. 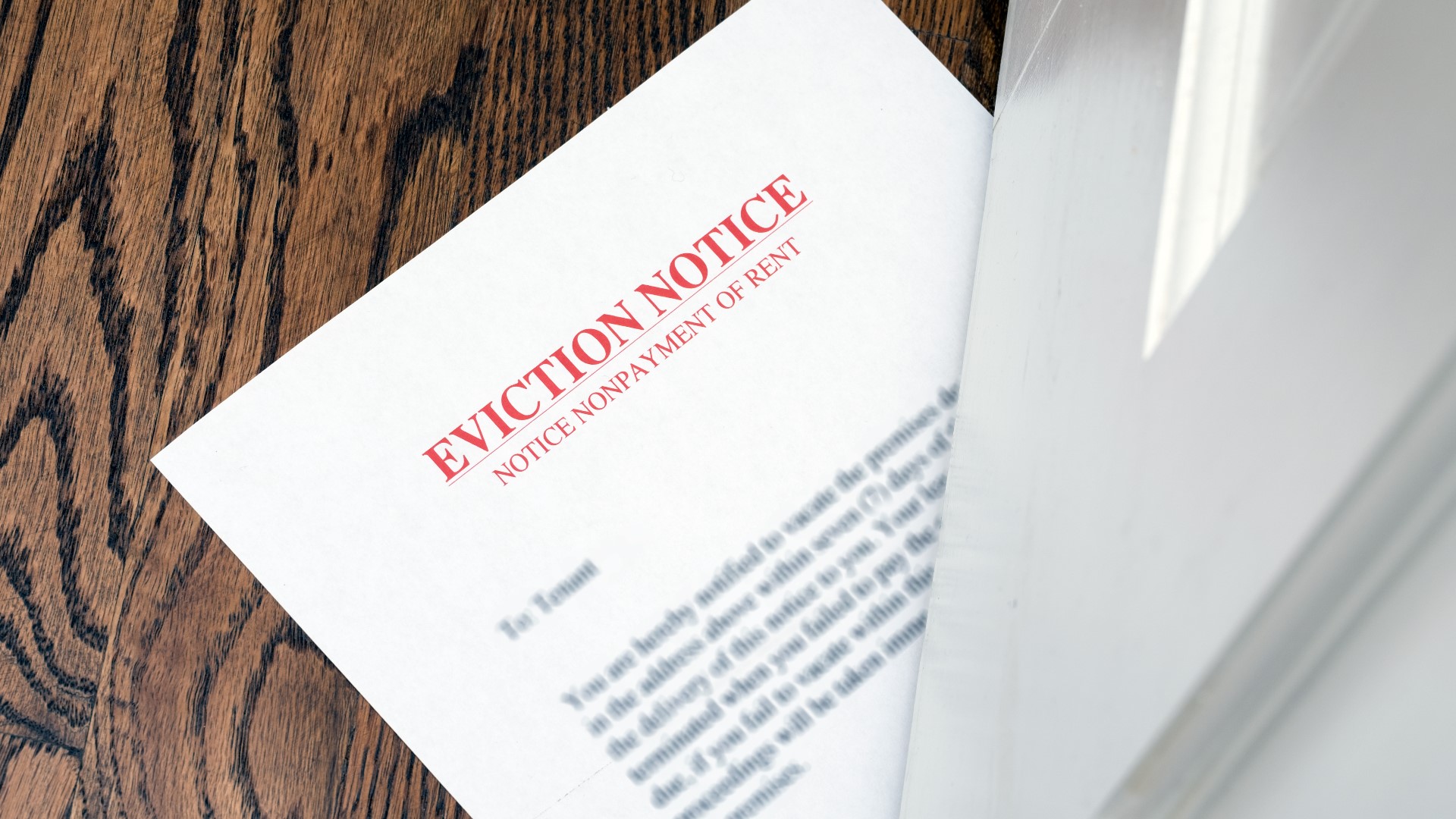 SACRAMENTO, Calif. — No rent forgiveness for tenants. No money for landlords to help them meet their mortgage payments. And no real time to do anything else.

Governor Gavin Newsom and state lawmakers unveiled their plan Friday to protect California from a looming tsunami of evictions caused by the economic fallout from the novel coronavirus pandemic. Not everyone is going to like it.

The “Tenant, Homeowner, and Small Landlord Relief and Stabilization Act of 2020,” the product of contentious, last-minute negotiations that flirted with the constitutional deadline to finalize legislative language, protects renters financially impacted by the coronavirus pandemic from eviction until February 2021.

The bill also proposes some foreclosure protections to small landlords suffering from missed rent payments. Legislators vote on the bill on Monday.

“Absolutely you’ll hear from some, not just those representing tenants…that will express that we could have done more, done better,” said Gov. Newsom. “But the totality and the consequence of what we were able to achieve in terms of mitigating the prospects of millions, literally millions of people being evicted or at least subject to eviction, substantially was mitigated because of this effort.”

In order to have the bill take effect immediately, two-thirds of legislators in both the state Senate and Assembly will have to vote for it on Monday.

Hamstrung by a recently patched $54 billion budget deficit and thorny legal questions about the limits of state power to interfere in private contracts, some Democratic lawmakers stressed the bill is intended as a bridge to next year, by which time they hope a second round of federal stimulus spending will free up new rental assistance funds for cash-strapped California. Another round of boosted unemployment benefits — which experts said kept many renters afloat before they expired at the end of July—could also help beleaguered tenants.

The California Apartment Association, the premier landlord lobbying group in the Capitol, has endorsed the proposal, while eagerly awaiting a federal hand flush with cash.

“To truly address this crisis, the federal government needs to step up,” wrote Debra Carlton, executive vice president of public affairs for CAA, in a blog post. “COVID-impacted renters need financial assistance, from the feds, so they can pay their rent.”

Tenant advocacy groups, while pleased with certain protections afforded by the bill, expressed disappointment that not all renters would be protected from evictions for a longer period of time. They argue that displaced renters will inevitably end up in environments in which coronavirus thrives: doubled-up apartments, homeless shelters, and inter-generational homes.

A recent UC Berkeley analysis found that nearly one million renter households in California have had a member lose their job due to the pandemic and could be vulnerable to eviction.

“For our low-income clients this bill provides important protections for those who can’t pay the rent, and we hope that the Legislature acts effectively to pass it on Monday,” said Brian Augusta, a legislative advocate for the California Rural Legal Assistance Foundation. “But I will note it leaves unresolved the question of evictions for many other tenants.”

Here’s what you need to know about what’s in the proposal — and what’s not.

Renters can be evicted for other lease violations starting next week

While evictions for missed rent payments related to coronavirus may be frozen until February, evictions for other lease violations can proceed starting Sept. 2, according to the terms of the deal released Friday.

Landlord groups insisted on that provision, arguing that the state court system’s blanket moratorium on all evictions has allowed renters to break leases in ways that endanger their property and the comfort of neighboring renters.

Some tenant groups are already calling on Gov. Newsom to issue another executive order extending a statewide eviction moratorium through the end of the year.

“We applaud the Legislature and governor for advancing legislation with protections for tenants truly harmed by COVID, while ensuring that owners can evict nuisance tenants and residents who can afford to pay rent but choose to game the system instead,” said Tom Bannon, chief executive officer of the California Apartment Association, in a statement.

Tenant groups charge that considering the public health imperatives of Newsom’s shelter in place order, all evictions except in cases of public health and safety should be barred for at least a few more months. They also worry about landlords using other lease violations as a pretext for removing renters who owe them back rent.

“What the governor has announced today is an imperfect but necessary solution to a colossal problem,” said Assemblymember David Chiu, a Democrat from San Francisco, who introduced a previous eviction protection bill backed by tenant groups. “The bill is definitely not all that’s needed to protect all tenants, but it will prevent and delay many evictions. Doing nothing would be catastrophic.”

Some tenant groups are already calling on Gov. Newsom to issue another executive order extending a statewide eviction moratorium through the end of the year.

How will renters prove they are financially impacted by COVID to qualify for eviction protection?

Renters making below 130% of statewide median household income (roughly over $90,000) will have 15 days after being served an eviction notice to sign legal paperwork declaring they’ve suffered a loss of income, have higher medical bills or have otherwise been financially impacted by COVID-19. They can also bring up their financial situation in court as an allowable defense if they don’t fill out the necessary paperwork within 15 days.

Higher-income renters will be required to provide some documentation of their income loss to qualify for eviction protections.

No money for small landlords, but some foreclosure protections

Landlord groups had initially lent tentative support to a proposal that would have granted them future tax credits in the amount of the missed rent they were owed. But that plan was ultimately shelved, partly out of fears that it was impractical to administer and expensive for the state.

Until new federal stimulus spending is approved, landlords will have to wait until March to begin recovering missed rent payments. Some smaller landlords may be especially hard pressed to wait that long to meet monthly mortgage payments. Mortgages not backed by the federal government do not qualify for some of the forbearance programs Congress and the Trump administration created in response to the pandemic.

The proposal extends the 2013 “California Homeowner Bill of Rights,” passed in the wake of the late 2000’s foreclosure crisis, to small, non-corporate landlords who own up to 4 units. Those “rights” include specific guidelines mortgage servicers must obey in notifying and communicating with borrowers, as well as a prohibition against “dual track” foreclosures where lenders are allowed to pursue foreclosures while simultaneously negotiating loan modification deals.

But the bill stops short of compelling banks, credit unions and other lenders from offering mortgage forbearance upon request of small landlords. Many lawmakers thought the state was on shaky legal ground regulating banking activities that are typically the federal government’s territory.

“For our low-income clients this bill provides important protections for those who can’t pay the rent, and we hope that the Legislature acts effectively to pass it on Monday,” said Brian Augusta of the California Rural Legal Assistance Foundation.

In order to have the bill take effect immediately, two-thirds of legislators in both the state Senate and Assembly will have to vote for it on Monday. That’s a high bar for any bill, but with support from Newsom, state legislative leaders and key interest groups like the California Apartment Association, Democratic leadership is cautiously optimistic.

Assemblymember Chiu reiterated that despite his disappointment with certain provisions in the bill, he hopes for more aid from Washington D.C.

“Let’s be clear this is a temporary fix. As we track the impact of the pandemic and recession on tenants, we will have to revisit this conversation early next year,” said Chiu.