Suncor's explanation as to why ash was falling from the sky Wednesday left some people confused. 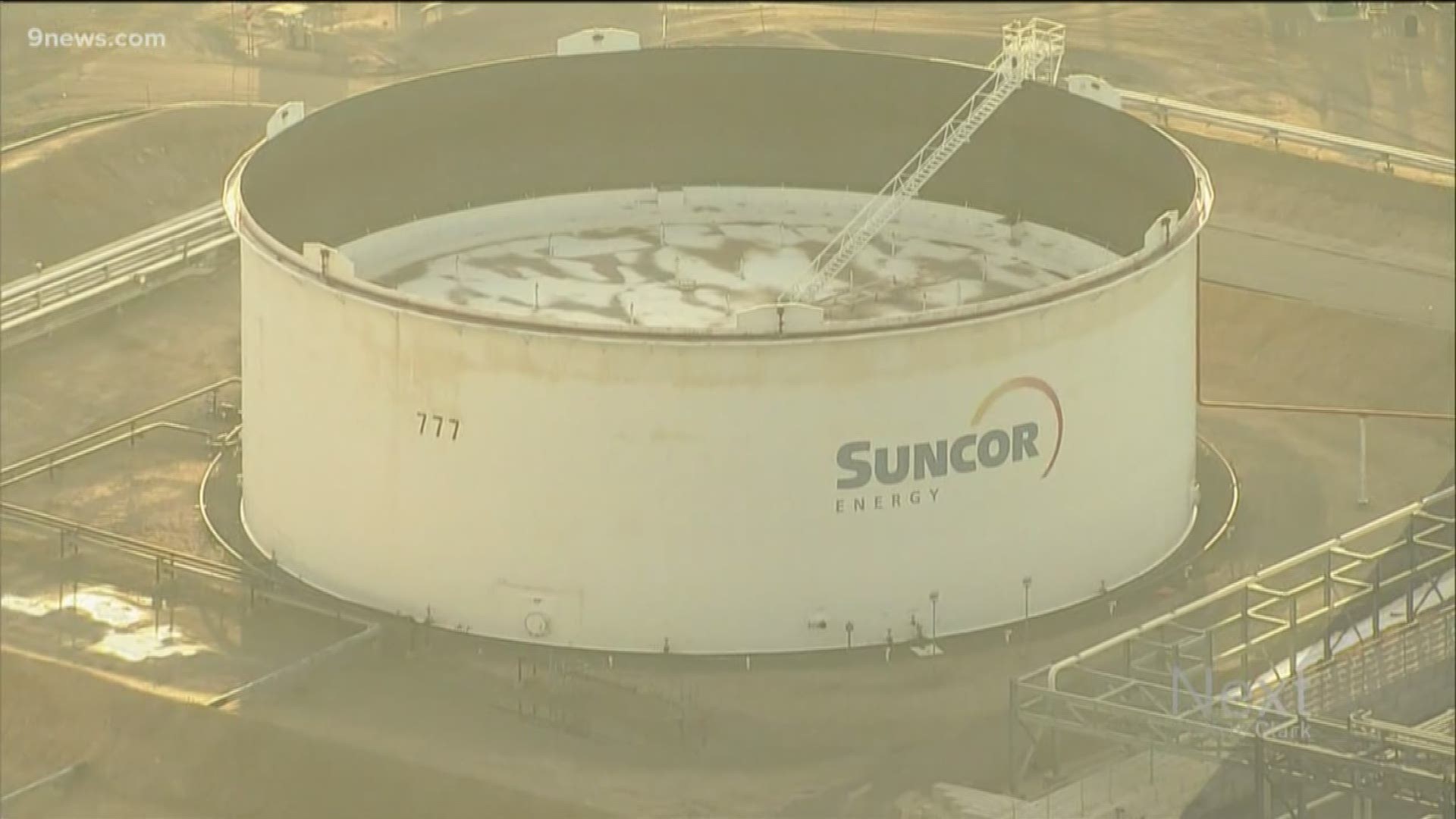 People were also reporting they were seeing ash falling from the sky.

The kids at the middle school were told to shelter in place for under an hour, as were the students at Alsup Elementary.

Photos were being shared of cars covered in ash, and people in Commerce City were left to wonder where the ash came from and if it was dangerous.

In the afternoon, Suncor Energy said the ash was coming from their facility.

In a statement shared on Facebook, they wrote in part:

"At about 10:45 a.m. today (Wednesday, Dec. 11), the Suncor Commerce City Refinery experienced an operational upset at one of its units resulting in an opacity event. As a precautionary measure, we sounded a vapor release alarm and immediately initiated our response plan.

As a result of the operational upset, catalyst was emitted from one of our units and made its way out into the community. Catalyst may be visible on vehicles, buildings, equipment, etc.

Catalyst is a clay-like material that is classified as non-hazardous. Individuals that come into contact with this material should take standard hygiene practices such as washing hands and/or any affected clothing. Additionally, we recommend that any surface observed to be covered in catalyst be washed with water."

Thursday evening, Suncor said in an email to Next with Kyle Clark that the unit that wasn't functioning properly and will only be restarted when they determine what went wrong.

Ean Tafoya with the Colorado Latino Forum has long had his eye on Suncor.

When he read that statement, he said he realized there would be a lot of confusion.

"What does it mean?" he said. "I think everybody else was asking what that means!"

"And it wasn't bilingual," he added. "The community who lives there is bilingual."

To better understand Suncor's explanation, we went to the Colorado Department of Public Health and Environment (CDPHE) with a set of questions. These were their answers:

We wanted to better explain to people what an operational upset is?

"Operational upset" is a term used by Suncor - companies usually define it to mean that equipment failed to operate in a normal and expected manner. We do know there was unusual activity, and that's why we are investigating the incident and will be reviewing the activity logs. We will also require Suncor to give us any data they have."

What was in the ash that fell on people's car?

"Suncor has stated that the material is catalyst from one of the units at the refinery. We are conducting an investigation to confirm the details and verify Suncor's statements, but based on the information we have now, it was likely clay-like particulate matter.  We control emissions of particulates like these to protect health and visibility. Excess emissions are not acceptable."

Was that dangerous for them to be near?

"Particulate matter is a pollutant, and it can cause health problems at high levels. Based on the state's best air monitoring data in that area, the particulate matter was not at levels that exceeded the national ambient air quality standards, which are set to protect public health."

Is Suncor working with the state to remedy the problem?

"The state has ordered Suncor to provide information and data as part of the investigation. So far, Suncor is complying and has been providing updates on the status of the refinery. Right now, the company is keeping the state informed of their activities around this event. Suncor will be held accountable if it violated any laws or regulations. We are requiring a full accounting of what occurred and will pursue appropriate action."

Has this happened before?

"There have been other incidents and violations at the Commerce City facility, and the Air Pollution Control has fined Suncor before.  We are already in the midst of our investigation and enforcement for prior events and violations."

"The Air Pollution Control Division can confirm that Suncor has been involved in two air quality enforcement actions in the past two years. One of those cases was fully resolved and resulted in the division conducting enforcement actions, including levying a fine. The other is still ongoing, and we are not able to discuss it further at this time."

RELATED: Environment activists show up to the Sustainable Denver Summit with their own message

In an e-mail, Suncor went into a few more details, writing that an operational upset usually refers to a unit not running properly.

"The term operational upset generally refers to one of our units not running as planned. As a result of the operational upset, catalyst was emitted from one of our units. The predominant components of Fluid Catalytic Cracking (FCC) catalyst are kaolin (clay) and silica (sand).  In this event, catalyst was emitted in quantities that resulted in visible emissions from the stack and visible catalyst dust on nearby surfaces. FCC catalyst is considered a non-hazardous waste stream under the Resource Conservation and Recovery Act."

The company believes the catalyst was dispersed up to four miles from their site and is now investigating to determine the exact cause, also writing:

"Once we understand the cause and are satisfied the unit is safe and operable, we will look to restart it."

To better understand what "catalyst" is, we went to Metropolitan State University of Denver to talk with Dr. Uwe Kackstaetter, a professor with an expertise in environmental topics.

He said catalyst is used for chemical reactions and clay is commonly used for that.

"The same kind of clay you would find in pottery class," he explained.

When it comes to oil, in many situations catalyst can help break it down.

Tafoya said his concerns about Suncor are for the workers, as well as the people living near their facilities. He's also been watching patterns from land use and higher housing costs and is worried development is creeping closer to these kinds of facilities.

Tafoya said he spent part of Thursday requesting as much documentation regarding Wednesday's incident to better understand what happened.

"We wouldn't make a final decision until we see a full accounting," he said.