When it comes to home buying, how far will your dollar go in Denver?

The median home value in Denver is about $490,000. But what does that look like when it comes to property? 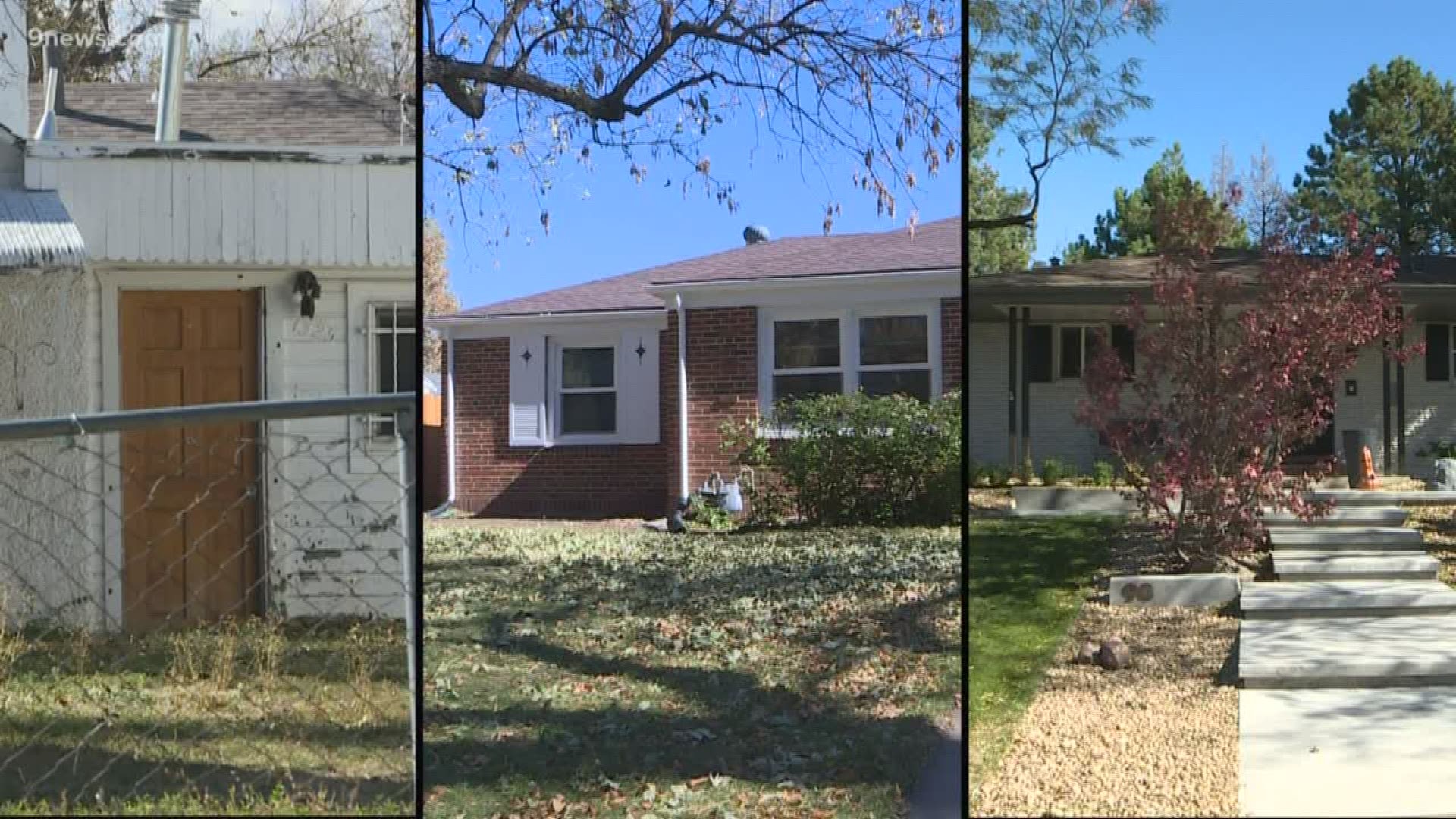 DENVER — Over the last 10 years, home prices have been on the rise in Denver. Long-time realtor and broker-owner Matt Leprino has seen this both in his work at The Ridgewood Company and in his personal life.

"My guess is that it would be double that now," said Leprino, who is also the spokesperson for the Colorado Association of Realtors. There are so many reasons the housing market rises and falls, but Leprino has a few specific ideas about what's happening to housing prices Denver.

"Most areas in the Denver metro-area have changed a lot, but what I think is most striking in the last couple of years is that the definition of what’s 'affordable' has also changed pretty drastically," he said.

The influx of more and more highly-paid workers has driven up housing prices in the area, Leprino said, making "affordability" a moving target.

"Affordability is, unfortunately, one of those in 'the eye of the beholder' things," he said.

The cost to buy a home can vary a lot, which causes the average home price to sit high at $600,000 in Denver, according to Leprino's most recent numbers. The median is the middle price of all listed home prices in Denver and the more accurate cost of what you might pay. But it's still high at almost half a million dollars, $490,000.

It can be hard to translate dollars and cents into property, so Leprino illustrated it by showing three different houses in the same zip code - 80220 - that range in price from $200,000 to more than a million to show you just how far your Denver dollar will go in today's housing market.

Starting with the median:

Four minutes away, near Crestmoor Park, a million dollar home:

Credit: Lori Lizarraga
A million dollar home in East Denver looks something like this.