26-year-old Mario Gonzalez was pinned face down for about five minutes, the video shows. 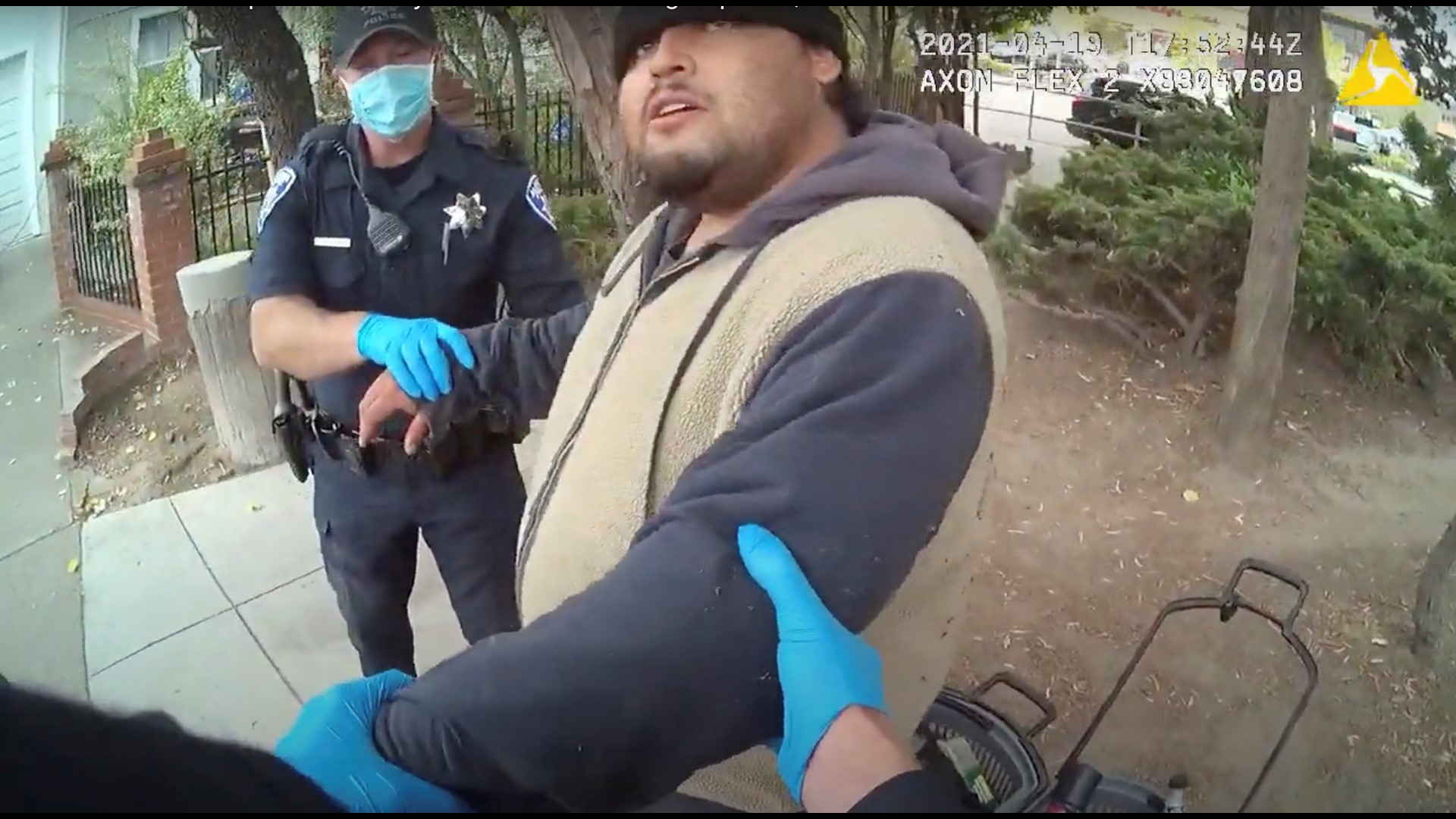 ALAMEDA, California — Officials in the Northern California city of Alameda have released nearly an hour of video showing officers pinning a man to the ground during an arrest that ended in his death.

The body camera footage released Tuesday shows officers confronting 26-year-old Mario Gonzalez, who appeared to be drunk in a park on April 19.

The video shows officers pinning him face down for about five minutes, sometimes planting a knee or elbow on his neck or back. He stopped breathing and was pronounced dead at a hospital.

His family contends Gonzalez was killed by excessive force and that officers escalated a peaceful situation. Three investigations are underway.

Alameda Community Activist George Galvis says he believes Gonzalez died due to excessive force similar to that of George Floyd.

"Mario’s life was ended, he was murdered by the police. It was unnecessary, it was result of white supremacy it’s a result of the culture of policing and once again we don’t need police protection, we need protection from the police," Galvis said.

Alameda Interim Police Chief Randy Fenn told ABC10, after watching the video, he believes the officers were using what he calls the “control hold” which is when an officer manipulates the joints of someone in custody in this case the hand and the wrist trying to gain compliance.

Fenn says he is unable to say if the officers involved did what they were trained to do.

"In terms of whether or not the officers were acting within the law policy and training there’s not enough information on the videos to be able to make that determination," Fenn said.

In a press release from the city of Alameda, the three investigations were detailed as: criminal investigations by the Alameda County Sheriff’s Department and Alameda County District Attorney’s Office, and an independent outside investigation by Louise Renne of Renne Public Law Group, who was hired by the City Manager. Renne's full report will be released at a future date.

"Now that Mr. Gonzalez’s family and legal counsel have viewed the principal responding officer’s body-worn camera (BWC) footage, and Sheriff’s and District Attorney’s investigators are completing their interviews of the responding officers, the City is releasing the BWC video footage and audio files of the 911 calls," a spokesperson for the city of Alameda said in the press release.

WATCH MORE: How did nearly $50,000 go missing from a Natomas elementary school?

The missing funds totaling more than $47,000 stem from the 2019 PTA, said Deidra Powell, a spokesperson for NUSD.